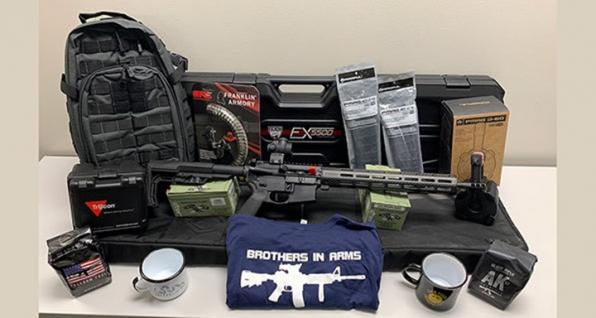 “We announced it Monday [Oct. 14th] and sold out the same day,” Dean Rieck, Buckeye Firearms Association executive director, told America’s 1st Freedom. “Any way you measure, it was a success.” The drawing will take place later.

“We timed the raffle with the [October Democratic presidential] debate,” said Rieck. That debate was located in Westerville, Ohio, where O’Rourke reaffirmed his commitment to take firearms from lawful gun owners. “What’s different now is they are saying it out loud,” Rieck added.

All 1,000 tickets were sold for $25 each. They were numbered 000-999, assigned randomly and distributed via email prior to the drawing. The winning number will be determined by the Ohio Lottery Pick 3. The winner must be an Ohio resident and in compliance with federal and state laws to lawfully be able to own a gun.

Click here to read the entire article at Americas1stFreedom.org.

If you want notification of our raffles, subscribe to our newsletter. We generally announce raffles only to Ohio residents. So if you subscribe, be sure to give us your mailing address. If you already receive our newsletter, you can add or update your address by clicking the "update profile" link at the bottom of any email from us.