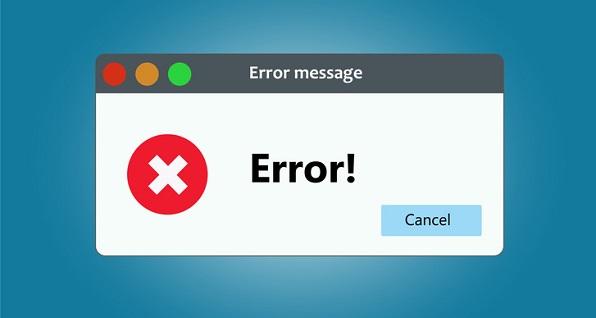 Whenever a tragedy strikes that involves a firearm, no matter how statistically rare the event may actually be, you can count on anti-gun extremists to try to exploit it. The responses from those opposed to the Second Amendment upon hearing that a fatality resulted when a firearm was used by a criminal, or accessed by someone who should not have access, tend to sound fairly similar. If a ban isn’t the response selected from the handful of ideas gun control advocates have been promoting for decades, then added restrictions on law-abiding gun owners is the policy du jour.

Restricting access to guns is a very popular notion among those who feel there should be far less freedom when it comes to responsible gun ownership.

In a misguided and misinformed attempt to limit access to firearms by those who should not have access to them (at least, in the mind of the supporters of gun control), the idea of mandatory storage laws was born. And as firearm technology has advanced (although not nearly as fast as anti-gun advocates think or would like), the little brother of mandatory storage laws, “smart” gun mandates, was conceived.

Methods for securing and storing firearms, as well as “smart” guns, may very well be options that law-abiding gun owners will want to explore to see if either or both satisfy their particular needs. But the operative word here is “options.”

Government mandates on “safe” storage and “smart” guns are not just anathema to those who cherish individual liberty, but are policies ill-conceived, and potentially deadly.

Mandatory storage laws, which the gun-ban community euphemistically refers to as “safe” storage laws, tend to look like they were all spit out of the same gun-control factory, with only small variations. In general, they require all firearms within the home to be locked with a trigger-locking device or kept in a locked container or safe, unless a firearm is in the actual possession of the lawful owner.

What these proposals overlook is the fact that gun safety and storage is a matter of personal responsibility and every person’s situation is different. It is unreasonable for the government to impose a one-size-fits-all solution. More importantly, mandatory storage laws invade people’s homes and forces them to render their firearms useless in a self-defense situation by locking them up.

In addition, those who wish to gain access to a firearm for nefarious purposes are not going to be deterred by a trigger lock or a locked container; both devices having been shown to be easily defeated by determined criminals. And while a safe is certainly far more reliable for securing firearms, their cost is prohibitive for many.

While the idea of a gun that can only be used by someone authorized to use it is intriguing, the technology simply doesn’t exist. There have certainly been developments in the field, but everything that has been offered or tested has had problems. Either the “smart” aspect of restricting who may use it is easily defeated, or the gun aspect of firing when an authorized user is operating it is unreliable.

Being unable to access a firearm when needed, because it is locked away in a safe or otherwise “secured” is one thing. Trying to use a firearm to defend yourself or your loved ones against a violent criminal, only to find the “smart” technology fails at the most critical time, could be even worse.

In spite of the fact that at least one Democrat Presidential candidate seems convinced “smart” guns are a thing, they simply are not.

In the real world, firearms remain useful and effective tools in the hands of law-abiding citizens as a deterrent to violent crime. But only if the government doesn’t mandate ridiculous and dangerous policies like storage requirements or “smart” guns. And this isn’t just a hypothetical argument, as an incident in San Diego, California recently highlighted.

According to reports, a man broke into a home in the Lake Murray area of San Diego, then attacked and stabbed the homeowner. The violent criminal was only stopped when the victim’s 20-year-old son, according to police, “retrieved a firearm and shot the intruder.”

So, why is this case particularly poignant? Because San Diego recently took the first steps to implementing a mandatory storage law.

The proposal “would require gun owners to store guns in a locked container or disable them with a trigger lock when not in the person’s immediate control or being worn on their person.” Had the law been in effect this week, and had the victims of this violent assault been in compliance, one wonders whether the outcome would have been dramatically, and tragically, different.

If the victim’s son was unable to access the firearm he used without first opening a safe or removing a trigger lock, provided he even had the ability to do either, the violent criminal may very well have continued his assault unabated.

Even the local news notes some are questioning the new proposed storage requirements in light of this crime, stating, “The situation is making residents think twice about the new law that, if it were already in effect, could have altered the outcome of this burglary.”

Of course, similar concerns could be raised if San Diego had a “smart” gun mandate in place, but at least the City Council hasn’t taken that approach…yet.

On the other side of the country, however, the Garden State had already decided “smart” gun mandates should remain part of the future of gun control.

In 2002, New Jersey passed a law stating that, once “smart” guns were certified as viable, only handguns incorporating this technology could be sold in the state. This, of course, amounts to nothing more than a ban on traditional handguns. But after almost two decades, “smart” gun technology remained unproven, unreliable, and undesired by America’s gun owners. Without any significant developments or improvements in “smart” gun research that would lead to certification of firearms that satisfy the law passed in 2002, anti-gunners are using a new approach to attempting to force these mythical products into existence.

[Recently], rabidly anti-gun New Jersey Governor Phil Murphy (D) signed into law a requirement that every gun dealer in the state offer at least one model of “smart” gun for sale. A commission will be established to determine a list of firearms that qualify as “smart” guns.

Typically, when you have to force businesses to sell a product, that’s a very strong indicator that there is not a market for the product. New Jersey gun shops may be forced to put a “smart” gun on their shelves, but the anti-gun zealots are more likely to see dust collecting rather than actual sales.

And while some might consider this new law an improvement, as it repeals the 2002 law that sought to require only “smart” guns be sold, don’t expect this to be the end of what anti-gun legislators will do to continue their ongoing war against gun owners in New Jersey.

Governor Murphy, after signing the new law, has already stated his desire that only “smart” guns be sold in New Jersey. Once somebody develops one that qualifies under the current law, regardless of how reliable it is, it can be placed on the approved-for-sale list. At that point, reviving the 2002 law would be the obvious next step.

Storage mandates and “smart” gun requirements will continue to be falsely promoted as safety measures in the never-ending war on law-abiding, responsible gun owners. But limiting the use of firearms by those facing assault by violent criminals, either because of storage requirements that delay access or technology that is subject to inopportune failure, is likely to lead to unintended, and sadly tragic, consequences.