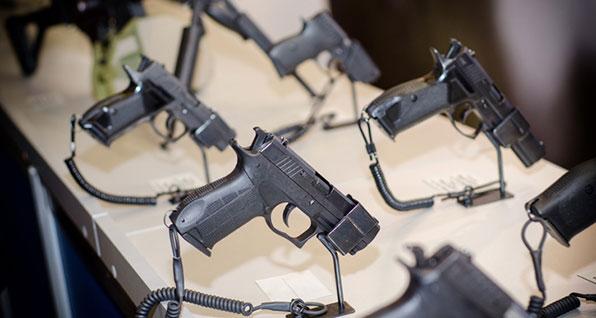 2020 Breaks All the Records

A record number of Americans have exercised one of the most important rights affirmed by the founders of this great nation: the right to keep and bear arms.

The FBI NICS office conducted 3,305,465 background checks last month – breaking the record for the month of October by nearly a million checks. Each month in 2020 has broken the record for background checks in that month. October was the fifth busiest month ever for the NICS office, which has now run 32,131,914 NICS checks in 2020. We – the American people -  broke the annual record last month; this year has now seen 13% more checks than the previous busiest year for the NICS office.

Thirty-two million background checks so far this year, and we haven’t seen Black Friday or holiday sales yet.

Nearly ten million handgun related checks have been run so far this year. No- saying “nearly ten million” seems like we’re overselling the number. Let’s describe it this way: the first 10 months of 2020 saw the record for handgun-related NICS checks broken by 1,870,264 checks.

We’re more than 1.56 million checks related to the sale of a long gun away from that record, but October alone saw 666,613 such checks. The last three months have seen an average of 615k long gun checks; we may get close to that record this year as well.

This isn’t about records, though. There’s no prize for being the millionth gun buyer, no last national advertising campaign like those run by car dealers to hit a sales goal. The numbers and records are great because they give us the best way to quantify Americans’ interest in protecting themselves and in the shooting sports. Anti-gun politicians seek to marginalize gun owners, to make our community the focus of scorn. But, the numbers don’t lie.

Gun buyers in 2020 come in every conceivable combination of age, race, and gender but they all have one thing in common: the desire to protect themselves and their loved ones. Millions of Americans have become first-time gun buyers just this year, largely for that reason.

Gun control organizations continually rebrand themselves and campaign on unrelated issues to secretly advance their agenda. Americans keep buying guns so they’re able to take care of themselves and their families.

No amount of money spent by self-righteous billionaires, professional “volunteers,” bused-in “protestors,” or bought-and-paid for politicians can conceal this truth:

There are tens of millions of law-abiding gun owners in this country. Collectively, they own hundreds of millions of firearms, including more than 18 million semi-automatic rifles.

And the month after that.

At least the FBI NICS counter will. The number of American gun owners will just continue to grow.