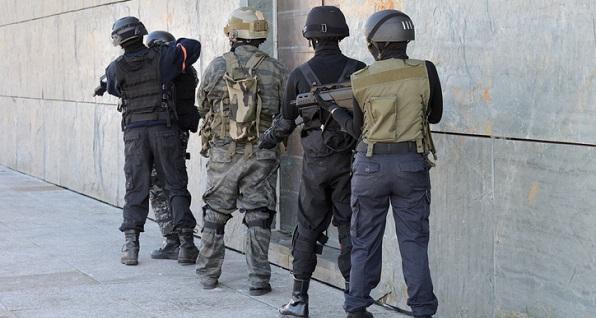 I’ve been thinking a lot lately about active killer events. I’m convinced that it is getting incrementally more and more dangerous to intervene in such an attack. A study came out ... stating that 8% of Americans have a CCW permit/license. Unlicensed concealed carry is also completely legal in 16 states. Those residents can carry without getting a permit.

The bottom line is that a lot of Americans are carrying guns. We’ve seen yearly increases in carry permits averaging more than a million new permits each year for several years now. That’s great news. But it also might make an active killer intervention more dangerous. At every large public crime scene, there is a good chance that there will be several armed people. You may not be the only player on the game board.

When someone starts killing people and you whip your pistol out to engage, there are likely to be other armed people in the crowd. Have you thought about how those folks will perceive your actions? Will they mistake you for the killer? The cops are coming quickly as well. Have you considered that they might shoot you by mistake?

I’ve talked to lots of my students and readers lately. All of them are good people who want to do the right thing. Many of them have heroic ideas about how they might stop such a killing. I’m glad they are willing to risk their lives to save others. I fear that they haven’t really evaluated the dangers associated with an intervention.

You are a single person armed with your normal concealed carry pistol. You are going up against an unknown threat. It may be a single deranged teen armed with a revolver. It might be 10-15 terrorists armed with assault rifles and explosives. You have no body armor, radio communications, or friends with guns. What is your response?

Don’t think this through casually. This is a very important question to answer. This isn’t the movies, and your name isn’t John McClain. The odds here SUCK! You are fighting an opponent who may tremendously outnumber you and likely has superior weaponry. The way I see it, you have three response options. Let’s brainstorm those options as I provide a “choose your own adventure” checklist of things to consider for each one...

This is going to be the safest option. Use your firearm to safely cover your own (and, if present, your family’s) escape.

You aren’t under an obligation to protect anyone but yourself and your family. Getting out is the safest thing you can do and I would never speak badly about someone who chose that option.

I once had a student in a scenario class who ran out of the scenario when he had a clear option to shoot the bad guy and save some lives. I asked him why he left and he said:

“My gun is for me. Those people had the same opportunity I did to seek high level defensive training and carry their own weapon. The chose to sit around and watch TV instead. Why should I risk my life for them?”

“Not my people. Not my problem.” That’s a pretty powerful statement that most of the “sheepdogs” need to think about.

If you do choose the escape option, you will also need to decide the following:

– Am I going to get in my car and leave the scene, or stay around and help?

– Do I have any supplies or knowledge that would allow me to help other survivors outside?

– Do I have any vital intelligence (details about the terrorists location, weapons, or numbers) that I should communicate to law enforcement?

– As I escape, should I keep my gun in hand, or hidden?

– Am I wearing clothing or footwear that might hamper my escape?

– What’s the best way out? Have you considered that in a terrorist attack the terrorists could be set up at exit points to shoot fleeing hostages? Did you consider that it might be safer to leave through a lesser used back door? Do you know where ALL the exits are located in every public place you visit?

In the most recent Kenyan terrorist incident, the armed man above (a former Irish Ranger defense contractor) made multiple trips back into the mall in order to escort hostages outside and provide medical aid. He used his pistol to engage the terrorists when necessary to defend himself and the hostages he was trying to protect.

This is an option that appeals to many of my readers. It is an incredibly heroic and dangerous act. If you choose to do this, here are some things to consider...

– Are you going to make entry and exit from the same location every time? How do you avoid getting locked out when the terrorists secure the doors?

– Do you actually have the physical stamina to pull this off?

– Gun in hand or gun hidden? How will that affect the hostages view of you? How do you ensure you are not shot by another CCW permit holder or off duty cop that you are trying to rescue? How do you differentiate yourself from the terrorists?

– Triage- Do you carry out the severely wounded or concentrate on getting a larger number of “walking wounded” out instead?

– When do you know when it is getting too dangerous to continue? You aren’t any good to anyone if you are dead. Under what criteria would you cease action?

– Some folks carry long guns and “active shooter bags” in their vehicles for events like this. In most active killer situations, there is no time to get them. In a few situations, there is time. Would you take the time to go get your kit. or would you maximize the number of casualties you can evacuate in the given time period while armed with what you are currently carrying?

Law enforcement response to an active killer attack is now focused on finding and neutralizing the killer. Helping victims is great, but stopping the killer from creating more victims is a more valuable strategy.

You could take your CCW piece and make entry with the intent of stopping the killing. In a standard active killer attack with a single offender, there is a pretty good chance you will be successful if you know what you are doing. In a large scale terrorist attack you would face almost certain death given the odds. But if you survived you’d have a greater chance of stopping the killing. Would you consider it? Big risks, big rewards. If you go hunting, think about these things…

– Your pistol isn’t a good choice against rifles. Can you kill a terrorist and take his rifle? That would help your odds of survival, but it also causes some problems. What if a cop or CCW permit holder sees you? Are you likely to be mistaken for a terrorist? How do you avoid that problem?

– Where do you start? Do you work towards the sound of gunfire or set up an ambush? Do you work from the top down or bottom up? How do you move between locations without being spotted or shot? Remember, in a terrorist attack, the terrorists are also likely to be in control of any security video feeds as well.

– The movements of large amounts of people to conceal your own movements? What about distractions like smoke (fire extinguishers) or noise (fire alarms)? Would they help and how would you generate them?

– How do you deal with barricaded belt fed machine guns with only your pistol or rifle? A large fire hose might work better. Have you considered using that?

– Do you know how to avoid booby traps and explosives? Would you mark those that you encounter to help other responders?

– Would you notify cops that you were going in? Would you maintain communications with police as you act? If so, how?

– Do you have contingency plans for if you are overwhelmed or pinned down? How do you decide when it is too dangerous to continue? What is your exit strategy?

The more I personally consider my options, the more I gravitate towards a combination of option one and option two. It would be exceptionally rare that I would go hunting. The guys who are paid to do that (and who are armed with long guns, have radios, wear body armor, and have lots of friends) are going to be on scene in a few minutes. I’m going to let them focus on finding and killing the attacker.

I would get myself out, taking as many other folks out with me as possible. I would keep my gun holstered, but keep my hand on it as I got everyone I could outside. If I encountered a killer and he posed a threat to me, I’d shoot him.

If, on my way out, I stumble across an easy shot on one or more of the killers, I’ll take it. Other than those two scenarios, my gun is going to stay hidden and I’m going to get out. That’s my personal choice. It may or may not be good advice for you.

These are some hard options from which to choose. None of them are wrong. I urge my readers to think about these things in advance to better prepare if such an event happens here. Which option would you select?