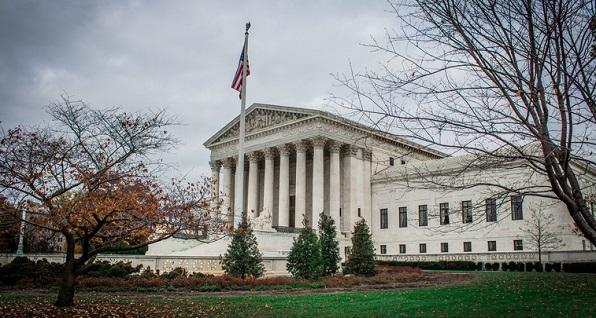 Judge Amy Coney Barrett’s nomination to the U.S. Supreme Court has undoubtedly moved the idea of the nation’s top court operating as an originalist judiciary from a conservative dream to an anticipated reality. A court where the majority interprets the law as written, as opposed to legislating from the bench, has massive implications for many issues, and especially positive ones for America’s Second Amendment rights.

Judge Barrett’s obstacle in her confirmation battle this month, however, is not about her esteemed judicial philosophy, but rather with the U.S. Senate Democrats’ vitriolic opposition to anyone that President Donald Trump nominates. The radical leftists in the Senate are opposed to anyone who will not legislate liberal policies from the bench.

The fact is that Democrats had no intention of supporting any Trump SCOTUS nomination, no matter how qualified the nominee would be. They only see the Supreme Court as a political weapon that they cannot currently operate but for which they are desperate to get the launch codes.

Compared to Judge Barrett’s contentious confirmation to the U.S. Circuit Court of Appeals for Seventh Circuit, the confirmation process to the Supreme Court will be much more combative, with vehement but insincere opposition from Senate Democrats including notably the most junior member of the Committee Sen. Kamala Harris (D-Calif.). The nominee, the Constitution, the Court and our nation all deserve more respect.

Click here to read the entire op-ed at NSSF.org.