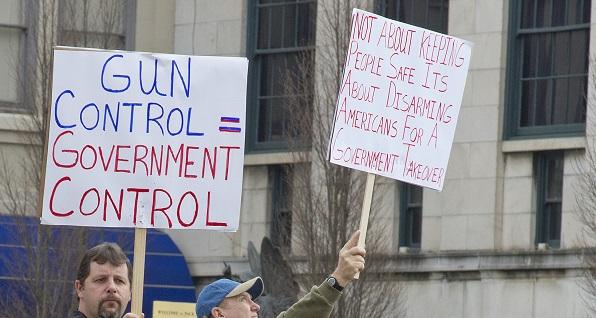 Biden Focuses Prohibitory Ambitions on “Gun Parts,” Among (Many, Many) Other Gun Control Items

Ever since he clinched the Democrat presidential nomination, we have been warning America’s gun owners that Joe Biden is no “moderate” when it comes to gun control. Simply scrolling through the extensive gun control agenda published on his official campaign website should make that point abundantly clear. It is a wish-list for (and likely compiled by) America’s most ambitious firearm prohibition advocates. Biden’s gun control plans are so voluminous and detailed that they encompass not just guns themselves but each of their individual parts. In fact, if Biden has his way, the sale of gun parts over the Internet would be banned entirely.

If that sounds far-fetched, here is a direct quote from the so-called “BIDEN PLAN TO END OUR GUN VIOLENCE EPIDEMIC”: “Biden will enact legislation to prohibit all online sales of firearms, ammunition, kits, and gun parts.”

Those are his words, not ours.

“[A]ll” online sales of – not just functional firearms or ammunition or even build kits – but “gun parts” would be banned under a Joe Biden administration.

We all know that experienced gun owners like to customize their firearms to their personal preferences and anatomy. We also know that certain high-wear parts will eventually need to be replaced by anyone keeping up his or her skills with regular range practice.

What is so threatening about the purchase of innocuous and commonplace parts like sights, grips, triggers, handguards, firing pins, choke tubes, plus any number of springs, screws, bushings, or other utilitarian hardware that it has to be completely banned from the Internet?

Pity the gun owner living in rural Alaska, Montana, or Wyoming who just wants to replace the stock grip panels on a revolver so it better fits his hand or to add night sights to a self-defense pistol or to change the spread of a shotgun with a new choke. Any of these usually simple operations could necessitate an hours-long round trip to the nearest gun store if Biden has his way.

And what if that store doesn’t carry the necessary parts or is open only while the gun owner has to be at work? Under a Biden presidency, the gun owner is simply out of luck.

The Internet has become an indispensable part of modern commerce. No retail industry could long survive if it were completely purged from the online marketplace. For Joe Biden, however, this terminal outcome would be a feature, not a bug, of his plan to ban “all online sales of … gun parts.”

After all, Biden’s “gun violence” plan also seeks to repeal the Protection of Lawful Commerce in Arms Act. This is the law that is singularly responsible for keeping opportunistic trial lawyers, gun control extremists, and activist judges from conspiring to paralyze America’s firearm industry with crippling new forms of civil liability.

Biden and his apologists cannot claim, moreover, that he is only trying to ban usable firearms or “ghost gun” build kits from the online sphere. True, he is trying to ban the use of the Internet for the transfer of firearms even between licensed dealers, as well as for the sale of unfinished frames or receivers that can – with sufficient tooling and know-how – be used to build a functional firearm.

But all these things are mentioned separately in his published gun control agenda from his plan to ban ALL online sales of gun parts.

Indeed, Biden makes his intentions unmistakable by linking to the website for the so-called “Peace Plan” published by March for Our Lives, the gun prohibition group whose spokespersons include the ever-opinionated (and usually wrong) David Hogg. We have written separately about the extremism of the “Peace Plan;” suffice to say here that it is nothing less than a plan for comprehensive civilian disarmament. On the present topic in particular, its prescriptions include a “prohibition on any and all online firearm and ammunition sales or transfers, including gun parts” (emphasis added).

It is of course already true that federal law prohibits the online purchase of a usable firearm for direct shipment to one’s own residence. Like any initial retail purchase of a firearm, one that is selected and paid for online must be received in a face-to-face transaction with a federally-licensed dealer in the purchaser’s state of residence, with the background check, record-keeping, and other formalities common to all dealer sales.

Biden, in other words, is not just seeking to close loopholes. He is seeking to purge the industry that sustains our Second Amendment rights from the ordinary channels of modern commerce.

Gun owners should beware, because handing the “malarkey moderate” Joe Biden the power of the U.S. presidency would have potentially irreversible consequences for their right to keep and bear arms.