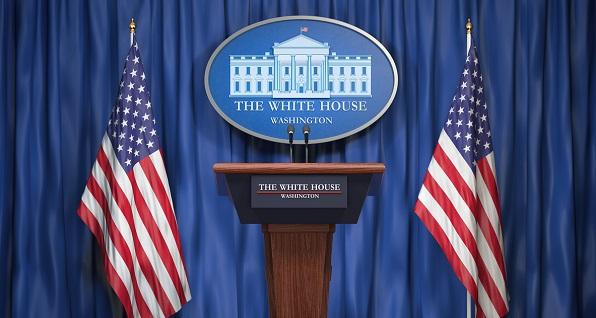 Less than six months after President Joe Biden nominated anti-Second Amendment extremist David Chipman as Director of the Bureau of Alcohol, Tobacco, Firearms, and Explosives, the White House sources are widely signaling to the press that the president will withdraw the nomination.

The move comes amid concerns among moderate Democrats and independent Maine Sen. Angus King -- along with GOP senators -- over Chipman's past record on gun control.

"We do not have the votes. We will land him in a non-confirmed job in the administration," one senior administration official told CNN.

Chipman, a former career official at ATF, came under scrutiny from pro-gun rights supporters and the National Rifle Association for his work as a senior adviser to Everytown for Gun Safety and Giffords -- the organization started by former Rep. Gabrielle Giffords, who was shot at an event in her Arizona district in 2011.

Top Democrats had been quietly moving to lock down support for Biden's nominee, but Chipman struggled to gain support because some senators questioned if his past record as an advocate for stricter gun laws would make him a less effective director.

The Washington Post was first to report on the withdrawn nomination.

When the NRA announced opposition to Chipman's confirmation, they noted his extreme views and direct conflict of interest:

Chipman is a Gun Control Extremist

David Chipman’s current employer, Giffords, co-founded by United States Senator Mark Kelly, filed a brief in the landmark Second Amendment case, District of Columbia v. Heller. The brief argued that, “The Second Amendment Does Not Limit the Options Available to Cities to Address the Problem of Gun Violence.” Notably, Giffords argued that the District’s complete ban on the possession of handguns by law-abiding Americans was constitutional. Such an interpretation would have completely eviscerated the Second Amendment.

This extremist view put Giffords sharply out-of-touch with the American people. Nearly, three-quarters of Americans at the time thought the Second Amendment “guaranteed an individual right to own gun.” For those who might think that Giffords has moved on from such extreme views, their law center’s website still proudly notes that they filed the brief arguing “that the right to possess a firearm is not based on an individual right of self-defense, but rather related to service in a militia based on the prefatory language in the Amendment.”

In October 2018, Chipman argued in favor of subjecting all AR-15s and potentially all semi-automatic rifles to regulation under the National Firearms Act. Beyond the problems of subjecting the most popular rifle in America to punitive taxation and registration, such a move would likely lead to a decade long backlog in NFA registrations, effectively banning America’s rifle, firearm suppressors, and other firearms currently subject to NFA regulation.

ATF operates on a “normal” backlog of 9-12 months for NFA applications. Even with this backlog and despite the registry being nearly 90 years old, as of 2020 there were only 6.6 million firearms in the registry. And, in recent years ATF has had the capacity to process only about 350,000 NFA forms per year. Even using the most conservative estimate for the number of AR-15s in America, with ATF’s current forms processing capacity, the agency would clear the backlog in NFA forms sometime around 2070. And, that’s only if the agency didn’t process a single NFA form for a suppressor, short-barreled rifle, or other NFA firearm.

As an agent with ATF for over two decades, Chipman is familiar with the agency’s NFA form processing capacity. He likely sees such a delay as a feature rather than a defect.

Chipman reiterated his wish to subject existing AR-15s to the NFA in a Reddit “Ask Me Anything” last year, but he further explained his position on future sales: “The biggest challenge we have is sheer numbers. It has been estimated that there are around 15 million assault rifles currently in circulation. I believe we should ban the future production and sale to civilians and afford current owners of these firearms the ability to license these particular guns with ATF under the National Firearms Act.”

Chipman Has Repeatedly Lied to Further his Gun Ban Agenda

In 2019, we explained how Chipman was trying to mislead the public regarding firearms suppressors. He claimed that "The gun does not sound gun-like. It takes the edge out of the tone . . . This is how I would describe it: It makes a gun sort of sound like a nail gun." As we said at the time, “The 30-35 dBA difference between a nail gun and a suppressed pistol will be perceived as at least eight times louder to the human ear.”

And, this wasn’t even the first time he lied about firearm suppressors. In 2017, Chipman claimed “Anyone who has worked in law enforcement for as long as I have will tell you that silencers were not designed to protect hearing, they were designed to make it difficult for people to identify the sound of gunfire and locate active shooters.” Again, at the time, we set the record straight by pointing out that he was simply flat wrong regarding the design intent of firearm suppressors. “Unfortunately for Mr. Chipman, Hiram Percy Maxim, the designer of the firearm suppressor, made his design intent perfectly clear. Maxim wrote “The Maxim Silencer was developed to meet my personal desire to enjoy target practice without creating a disturbance . . . I have always loved to shoot, but I never thoroughly enjoyed it when I knew that the noise was annoying other people. It occurred to me one day that there was no need for the noise. Why not do away with it and shoot quietly?” At the time, Chipman’s employer also received three “Pinocchios” from the Washington Post for another misleading claim about firearm suppressors.

In the same Reddit “Ask Me Anything” discussed above, Chipman made the absurd claim that “At Waco, cult members used 2 .50 caliber Barretts to shoot down two Texas Air National Guard helicopters. Point, it is true we are fortunate they are not used in crime more often. The victims of drug lords in Mexico are not so lucky. America plays a role in fueling the violence south of the border.” Needless to say, no helicopters were “shot down” “at Waco.”

In testimony before the House Judiciary Committee in 2019, Chipman claimed that the American gun market was “flooded” with “foreign made ARs.” Anyone even remotely familiar with the American gun market knows that this claim is false. Not only are nearly all AR-15s made in America, but continued strong demand for ARs seems to also refute his notion that the market was “flooded.”

The news of the pending withdrawal of Chipman's nomination should be welcomed not only by nearly two hundred million Americans who live in a home protected by a firearm, but also by ALL freedom-loving Americans.