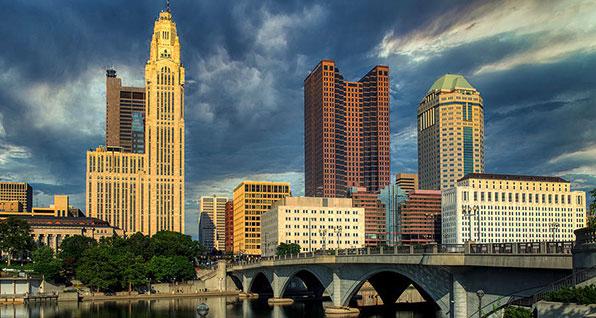 The announcement comes just days after Franklin County Common Pleas Judge Steven McIntosh sided with Columbus in a ruling that deals in part with Ohio's "preemption" laws, which forbid cities and other political subdivisions from regulating firearms.

However, the City of Columbus is misleading the public about the recent court ruling.

"Our reading of this ruling is that it is narrowly focused on the issue of municipal zoning for firearm manufacturers," said Dean Rieck, Executive Director of Buckeye Firearms Association. "It is NOT a green light for Columbus or other cities to pass gun control laws.”

The ruling says this:

The Court agrees that R.C. 9.68 unconstitutionally infringes upon the Plaintiff’s right to exercise its zoning powers. Paragraph (D) specifically permits municipalities to regulate the sale (emphasis added) of firearms, firearm components or ammunition for firearms in areas zoned for residential or agricultural uses. It does not specifically grant municipalities zoning to limit gun manufacturing in areas zoned residential and agricultural.

This deals with firearms manufacturers setting up shop in a residential neighborhood only. The ruling in no way negates Ohio Revised Code 9.68 or preemption in general which has been the law since 2007.

Ohio cities do not have the legal authority to regulate firearms, firearm components, ammunition, or knives.

“The Ohio Supreme Court has ruled on the matter of preemption and agreed that cities cannot pass their own gun laws,” said Rieck.

"In addition, the state legislature has addressed this issue on multiple occasions, making it clear that they want firearms to be regulated at the state level only. This is to assure that there is one consistent set of laws rather than a patchwork of laws to confuse and entrap law-abiding citizens."

On Nov. 4, the State of Ohio filed a notice of appeal and motion to stay the temporary restraining order issued by Judge McIntosh pending the appeal in the Tenth Appellate District.

And last week, Ohio Attorney General Dave Yost said this: "The City of Columbus remains part of the State of Ohio and subject to its laws. Ohio will appeal."

Buckeye Firearms Association has already won in court against Columbus and other cities over this very issue. It is time for city officials to stop wasting taxpayer dollars in their futile effort to flout state law.