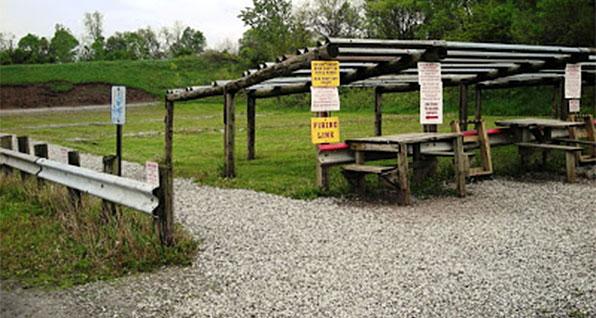 Unless something is done to upgrade and repair the state's network of decaying public shooting ranges, Ohio's 4 million gun owners will see declines in the availability of places to safely shoot, train, and sight in guns.

To help address this growing problem, Buckeye Firearms Association (BFA) has joined forces with the Sportsmen's Alliance and other leading sporting organizations and gun clubs in the Protect What's Right Campaign. This campaign is designed to bring awareness to this issue and develop a strategy to address shortfalls in funding for shooting ranges and other issues.

"This is a serious problem that affects all gun owners in Ohio," said Dean Rieck, Executive Director of BFA. "To fully exercise your Second Amendment rights, we must have convenient access to safe, well-maintained shooting ranges. And as it stands, our aging public shooting ranges are in jeopardy."

The Ohio Department of Natural Resources (ODNR) Division of Wildlife is responsible for public ranges. The division gets the vast majority of its direct funding from license fees and tags. There are also excise taxes on the sale of firearms, ammunition, and hunting-related items. These taxes are collected from manufacturers by the U.S. Fish and Wildlife Service, which then distributes these funds based on a formula for each state's hunting licenses sold, population, and public lands.

The Ohio Division of Wildlife received $22 million in wildlife restoration funds in 2016. However, an in-depth analysis conducted by the Sportsmen's Alliance revealed the shooting range problem to be much worse than originally understood. The analysis revealed nearly $52 million in shooting range work needed over the next ten years.

Earlier this year, BFA supported an effort to raise fees for hunting and fishing licenses which help fund these projects. The effort was successful, resulting in increases in non-resident hunting and fishing fees, and providing a portion of the badly needed funds.

"Most gun owners don't understand how funding works for Ohio's public ranges," said Rieck. "Ranges receive no money from the general fund in Ohio. They get their funding from the Division of Wildlife, which must spend funds on ranges then get reimbursed with matching federal funds."

Rieck said the irony is that available federal funds are growing because of the surge in gun sales over the last few years. However, the Division of Wildlife must pay 100% of the cost of range upgrades out-of-pocket before they can get 75% of those costs reimbursed from the fed. So if the Division can't fully fund projects upfront, it loses matching federal funds to other states.

Rieck said it's time for all gun owners to start working together for their common good, regardless of their different interests. "Whether you're a hunter, a sport shooting enthusiast, a concealed handgun license holder, or just a recreational shooter, ranges are a vital part of exercising your rights and continuing to enjoy your sporting traditions."