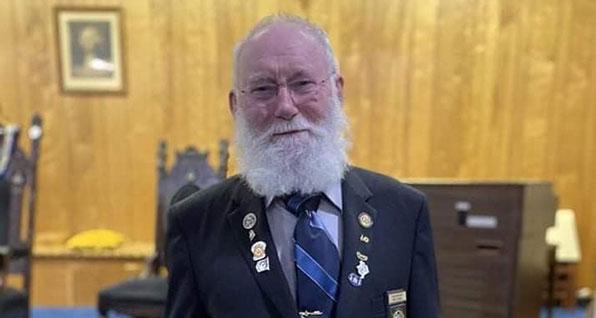 He was a proud "country boy" who learned firearm basics from his grandmother, a traditional Kentucky woman who grew up shooting as a way of life.

Rick was a Region Leader and founding member of BFA whose work goes back to the very beginning when the organization first came together to legalize concealed carry in Ohio. He helped organize the open carry walks that drew attention to the issue.

He eagerly volunteered at events, such as the Buckeye Bash, Dave Grossman seminars, and countless others. When BFA held meet and greets at Dillon Sportsman Center in Nashport, Rick would bring a truckload of his own guns and ammo, including antique firearms, for attendees to enjoy.

A host of politicians, especially those in Southern Ohio, knew Rick as a tireless supporter who worked on dozens of campaigns to help elect good people to office.

After retiring as a brakeman conductor for the Norfolk Southern Railroad, he joined the Masons and spent considerable time doing charitable work for the Shriners, such as collecting toys and transporting children to and from St. Jude Hospital.

Always quick to tell a joke or a story, Rick was one of those rare people who could become a good friend the moment you met him. Many people have posted tributes on his Facebook page. Perhaps the one by Senator Terry Johnson says it best:

Solid as a rock. Straight and true. My friend. My buddy.
Jennifer and I will miss you, fellow American… fellow patriot.
I pray that you are with Jesus, Rick, and that we will meet again.

Click here for more information or to make a donation to the Aladdin Shriners Hospital Association for Children in honor of Rick.