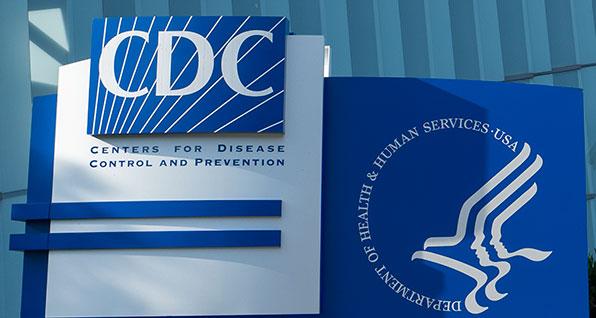 CDC Isn't Following Science - It's Manipulating it for Gun Control

The recent bombshell report by The Reload showing the Centers for Disease Control and Prevention (CDC) purposefully omitted defensive-use data sets after being lobbied by gun control groups shows serious concerns with the government-funded agency charged with saving lives and protecting people from health threats.

The revelation of twisting data to meet pre-determined conclusions is the antithesis of science. It is nothing short of censorship. It is, in fact, dangerous that CDC researchers are cherry-picking data to force an outcome. What's worse, is that these researchers aren't acting in good faith to determine the outcomes from where the science leads. They are acting as agents of special interest groups. That's not only scientifically irresponsible, it is also a violation of the law.

Corrupt Science
Researchers at the CDC deleted a reference to a self-defense gun use study after gun control groups complained that including the data would prevent them pressuring Congress to pass more gun control laws, The Reload reported. It was the result of months of political arm-twisting by three different gun control groups – Gun Violence Archive, GVPedia and Newtown Action Alliance.

The groups took issue with a study by Gary Kleck, award-wining Professor Emeritus at Florida State University's College of Criminology and Criminal Justice. Kleck's study estimated defensive gun uses (DGU) happen between 60,000 and 2.5 million times per year in the United States. That 2.5 million figure was too much for the gun control groups to accept. Instead of providing refuting evidence, they killed the study and censored the data.

"[T]hat 2.5 Million number needs to be killed, buried, dug up, killed again and buried again," Mark Bryant, one of the attendees who also runs Gun Violence Archive – the source for mainstream media's "mass shooting" statistics. He wrote to CDC officials after their meeting, according The Reload, complaining of Kleck's study. "It is highly misleading, is used out of context and I honestly believe it has zero value – even as an outlier point in honest DGU discussions."

Professor Kleck stood by his research. "CDC is just aligning itself with the gun-control advocacy groups," Kleck told The Reload. "It's just saying: ‘we are their tool, and we will do their bidding.' And that's not what a government agency should do."

It's more than that. That's what the CDC is forbidden by law from doing.

Dickey Amendment
This report appears to show that the CDC is in violation of the Dickey Amendment, which specifically forbids the agency from advocating for gun control through their studies. The Dickey Amendment, named for former Congressman Jay Dickey (R-Ark.), was first passed into law in 1996. The amendment states, "none of the funds made available for injury prevention and control at the Centers for Disease Control and Prevention may be used to advocate or promote gun control."

It was added after a 1993 CDC-funded study took an advocacy position linking gun ownership in the home to increased risk of death by a family member or friend. It was also after Dr. Patrick O'Carroll, the CDC's Acting head of the Division of Injury Control, said, "We're going to systematically build a case that owning firearms causes deaths. We're doing the most we can do, given the political realities."

Gun control-supporting politicians complained the Dickey Amendment kept them from studying the issue of guns, but that simply wasn't true.

The CDC's budget tripled from the time the Dickey Amendment passed to over $6 billion in 2019. If the CDC was being told they couldn't study anything gun-related, they didn't listen very well. During that time, the CDC studied guns and suicide, noise and lead exposure at ranges, firearm violence prevention in Wilmington, Del., and issued a report on firearms homicides and suicides in metropolitan areas. That doesn't include studies by the FBI, Department of Justice and Congressional studies.

There was also that instance in 2013 when President Barack Obama signed an Executive Order directing $10 million in "gun violence" research.

In 2019, Congress updated the Dickey Amendment to read:

"While appropriations language prohibits the CDC and other agencies from using appropriated funding to advocate or promote gun control, the Secretary of Health and Human Services has stated the CDC has the authority to conduct research on the causes of gun violence."

Except the CDC ignored that. The CDC is not only using federal funds to advocate for gun control, but they have also been caught red-handed doing it at the behest of gun control groups.

Diagnose Malpractice
This reveals two pressing issues for which lawmakers must demand answers. First, lawmakers should demand to know how and why the CDC bent to demands of gun control groups to omit relevant information that informs their studies. This tells us the CDC is studying issues surrounding firearms for politically-favored answers and cherry-picking data to support predetermined conclusions that supports the demands of gun control groups rather than studying to learn answers from where the evidence leads.

Second, this demonstrates that there are serious concerns with the protocols in place at the CDC when it comes to their studies. This opens doubt into any of the information the CDC provides to the American taxpayer when it becomes evident officials there allow studies to be published that are designed and influenced by political objectives instead of strict scientific criteria. The American public should be very concerned with this level of political influence to determine outcomes to satisfy radical advocacy groups. This is the very definition of political corruption.

Congress must call in the Secretary of Health and Human Services Xavier Becerra and CDC Director Dr. Rochelle Walensky to demand answers and accountability. They broke the law and did it to muscle through false and incomplete evidence to support gun control restrictions on a Constitutionally-protected right.

It is long past time that Congress demands of CDC officials, "Doctor, heal thyself."