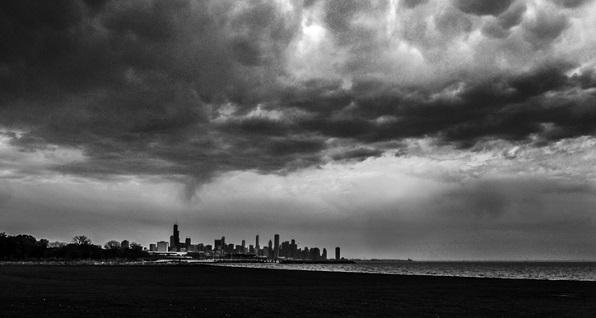 Chicago’s Mayor Lightfoot: Hammering Away at the Second Amendment

City of Chicago Mayor Lori Lightfoot has consistently demanded more gun control as the answer to the “epidemic of violence” that her city is experiencing. In an interview on July 18, for example, the mayor was clear: “the only way we’re going to really get at that problem in a profound way …is to have federal laws in place that require background checks and strengthen the penalties for people who pick up guns and wreak havoc in our communities.”

On July 26, Mayor Lightfoot again went on the record to say that the federal government was “uniquely qualified”to help with Chicago’s “gun problem”by enacting “common sense gun control.” “We are being inundated with guns from states that have virtually no gun control, no background checks, no bans on assault weapons.”

After scenes of hundreds of looters, widespread vandalism, and unchecked property destruction unfolded across downtown Chicago last weekend, Mayor Lightfoot appeared before the local media on August 10 to discuss the City’s response to the lawlessness. Asked whether she would accept President Trump’s offer of federal resources, Lightfoot retorted that what she needed from the federal government was “common-sense gun control. We cannot continue to have circumstances where anybody and their brother can go off across the border or any other parts of Illinois and bring illegal guns into the city of Chicago. That is something that the federal government is uniquely qualified to handle.”

Two days later, in a morning show interview on the mayhem on the Magnificent Mile, Mayor Lightfoot pivoted into her standard mantra approximately seven minutes into the interview. “[T]he thing that the federal government is uniquely qualified to do is things like pass commonsense gun reform. Make sure that everybody has background checks, stop the availability of assault weapons …”

Federal law already requires that anyone who acquires a firearm from a licensed dealer must first undergo a background check through the FBI-run NICS (National Instant Criminal Background Check System) database (the dealer may check instead whether the person has already undergone a background check and additional screening for a concealed carry permit). Federal law makes it a felony for a convicted felon to acquire or possess a firearm or ammunition (and this applies to any person who falls within the many other categories of “prohibited”persons). Federal law also makes it a felony for anyone to sell or transfer a gun or ammunition while knowing or having cause to believe that the recipient is a “prohibited”person. Federal law requires that firearm sales across state lines be brokered through a licensed dealer. These federal laws, and others, apply across the nation –simply put, there are no states with “no background checks.”

Illinois adds its own restrictive gun laws to this framework, earning it an A minus rating from the Giffords gun control organization. Of course, criminals untroubled by the federal laws find it just as easy to ignore state gun laws, whether in Illinois or “off across the border.”

Questionable enforcement of these laws is an issue as well. Back in 2017, then-mayor of Chicago Rahm Emanuel was “lambasting federal gun laws as weak”at the same time that a straw purchaser, charged with four felonies arising out of the illegal transfer of firearms in Chicago, was handed a sentence of 15 days in the “Sheriff's Work Alternative Program,”12 months of probation, and a $679 fine.

Similar concerns over weak or no consequences for offenders arise following recent reports that Cook County State’s Attorney Kim Foxx has dropped over 25,000 felony cases in the three-year period ending in November 2019, including those involving serious crimes like murder, aggravated battery with a firearm, and aggravated battery of a police officer. Foxx, who is up for reelection in November, has been endorsed by Mayor Lightfoot.

What makes the mayor’s assertions especially bizarre now is that Lightfoot appears to be well aware that last week’s Sack of the Windy City was an organized, planned criminal attack that had nothing to do with background checks or assault weapons. She herself described the social media posts that encouraged residents to come downtown and loot, the caravans of cars, “U-Haul trucks and cargo vans,”and looters armed with “sophisticated equipment used to cut metal.”These “people were able to fairly quickly take out cash registers, ATM machines, cut through metal grate, and to get beyond and behind security systems that are pretty sophisticated. That’s not your average looter.”

That’s not a failure of gun laws, either, but if your only tool is a hammer, everything looks like a nail.