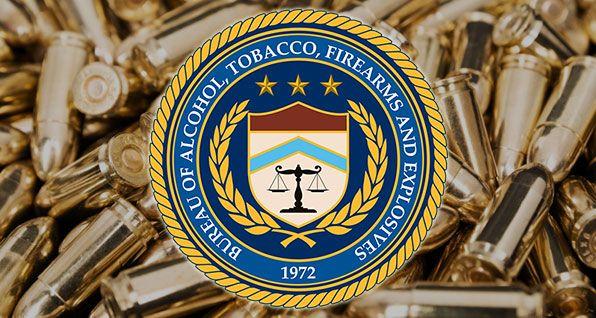 Chipman Will Not Go Quietly

Disgraced Biden nominee to head the Bureau of Alcohol, Tobacco, Firearms and Explosives (ATF), David Chipman, seems determined to prove his detractors correct. After he was withdrawn for consideration for the post, he began a campaign of trying to shift the blame of his failure to be confirmed from his abysmal record to others; including his sponsor.

First came an email fundraiser from Giffords, the anti-gun organization to which he returned after his nomination imploded. In a plea for funds that carries Chipman’s name, he blames NRA and the National Shooting Sports Foundation (NSSF) for his failure.

Of course, it is true that both organizations campaigned against this particularly poor nomination, and NRA made no secret of our being pleased when Biden abandoned his ATF nominee. Chipman ultimately failed, however, because enough senators were convinced that it would be outrageous to put a man so devoted to demonizing law-abiding gun owners, gun manufacturers, and federally licensed firearms dealers in a position of authority over them.

Chipman’s message begging for money claims he was the victim of “an unfounded and false disinformation campaign,” but NRA’s efforts were focused on simply reporting what the gun control lobbyist had actually said and done. We reported about his stated support for banning firearms. We reported on his work as a salesman for a product that others (not us) have referred to as “useless, expensive, racist technology.” We reported he had failed to disclose some pretty significant information to the Senate about an interview he did with a Chinese state-run network, CCTV, and broadcast by CGTN (China Global Television Network) America – a network described as “an arm of China’s propaganda machine… controlled by the Communist Party.”

None of this is in question, so it is hard to imagine how he could describe it as “an unfounded and false disinformation campaign.”

But rather than accept that the Senate wisely rejected an avowed anti-gun lobbyist with a questionable past as head of ATF, Chipman’s email message was one of shifting blame and utter arrogance. He even implied law-abiding gun manufacturers are inherently “corrupt,” and tried to glorify his renewed, paid lobbying gig with Giffords by trying to claim his “work is risky.”

The only risk involved in returning to being a shill for the gun-ban movement is that it may again come up, at some time in the future, if he ever wants another government gig.

But Chipman didn’t stop with trying to deflect the blame of his self-made rejection by the Senate with his Giffords fundraising email.

In a recent interview with The New York Times, Chipman tried to also the blame the man who nominated him by criticizing the Biden Administration. When commenting on how he perceived the Biden strategy for confirming his nomination, he said, “This was a failure.”

Ironically, Chipman actually implied that Biden nominating an anti-gun activist, such as himself, was a brash, unprecedented, in-your-face type of decision, calling it a “gangster move.” If that’s the case, then it really should not have come as much surprise that the move might fail.

After that “gangster move” of nominating someone to head ATF who is so confrontational to gun owners and manufacturers, however, Chipman claims he never heard from the White House. This, the article states, “left him feeling alone, on ‘an island.’” He also “questioned the administration’s willingness to execute a coordinated strategy to get him through the Senate.”

Along with denigrating the efforts of the Biden Administration to get such a weak, deeply flawed nominee across the finish line, Chipman also tried to blame a photo. After his nomination, the Daily Mail ran a photo and story that erroneously tied Chipman to the tragic events at the Branch Davidian compound in Waco, Texas, in 1993.

The photo was quickly proven to not be Chipman, and any actual link he had to the events in Waco were shown to be simply as an investigator who showed up long after the tragedy had unfolded. This “controversy” quickly faded, and was completely overtaken by the various controversies and allegations previously mentioned, along with Chipman’s own disastrous testimony before the Senate.

But Chipman, lacking any semblance of self-awareness, appears fixated on the issue of the photo. In spite of the mountains of evidence indicating he was uniquely disqualified to head the ATF, he seemed to place the issue of the photo near the top of the list for what led to his rejection.

Ultimately, Chipman’s delusional account of his rejected nomination helps explain why he and the Biden Administration failed at putting an anti-gun activist at the helm of the ATF. Neither has the ability to “read the room,” and both, especially Chipman, lack any sense of accountability or understanding how their own words and actions influence how others perceive them.

Law-abiding Americans from every demographic have been buying firearms for personal protection at a record pace for more than a year, and public support for gun control has been falling rapidly. The majority of Americans simply do not share the Chipman/Biden view that law-abiding gun owners should be punished and have their rights restricted, or eliminated, for the acts of violent criminals.

The Times piece closes with Chipman’s personal account of how he felt after leaving a meeting with US Senator Angus King, an independent from Maine who caucuses with the Democrats.

“I left his office thinking, ‘Does he really believe that people who regulate industries can only get those jobs if they’re friends with the industry?’” Chipman said. “He said the quiet part out loud.”

In the real world, nobody insists that a nominee to head the ATF, or any other federal regulatory agency, be “friends with the industry.” What they do expect, however, is someone who does not consider law-abiding gun owners and firearm manufacturers to be adversaries, as Chipman clearly does. Senator King even made this clear, as the Times refers to a letter he sent to his constituents explaining he could not support Chipman because he felt the nominee “could not be ‘a fair and objective regulator.’”

Clearly, Chipman’s history of lobbying against the Second Amendment should have automatically disqualified him from heading ATF. His childish response of blaming others for being rejected should be proof that he also lacked the temperament to head a federal agency. Chipman being Chipman, we expect him to volunteer more evidence in the future that his failed nomination was the correct outcome for all who support our right to keep and bear arms.

© 2021 National Rifle Association of America, Institute for Legislative Action. This may be reproduced.