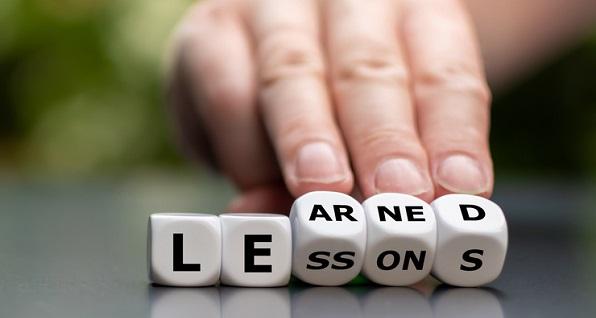 The complete expert op-ed on teachers with guns Cleveland.com refused to print

[Editor's note: On January 30, Cleveland.com published an editorial board roundtable entitled "Should Ohio teachers with CCW permits be allowed to carry on school premises?" Conclusions ranged from "bad idea" and "irresponsible" to "lunatic" and "tragedy waiting to happen," but NO FACTS were offered to back up their opinions. Retired police officer, trainer and Rapid Mass Murder expert Ron Borsch responded with a 700 word explanation, chock full of facts, but Cleveland.com refused to publish more than a 200 word summary. We are pleased to offer it here in its entirety.]

To whom it may concern:

Regarding: 013021 Roundtable on Teachers with permits having a gun at school

I read your editorial with great interest, since for decades I have studied Rapid Mass Murder events by active killers, and maintain a Stopwatch of Death database that goes back to 1975 for law enforcement training purposes.

That has included training hundreds of officers in active killer responses at a local regional police training academy with ten states attending, in-person presentations to International LE trainer audiences in other states, revealing my data in published interviews, my own articles and in and for years in a national-international law enforcement-only newsletter. Whatever the final solution to these horrific events may be anyone’s guess. Here is the definable problem: In each and every school invader incident, these mass murders will continue until someone effectively stops that particular murderer.

While there have been Rapid Mass Murder incidents where the cowardly assassin stopped murdering on his own, blood thirst satiated, because he was in total control, no one could stop him and he left the scene, waited for police or committed suicide on- or off-site. However, in many instances, the murderer is certainly killing on a mission to assassinate as many innocent’s as possible, sometimes for their own perceived infamy to achieve a high-score body-count. As mentally depressing as this all may be to the reader, consider the innocent victims final harmful physical option of bare hands against a firearm. Make it personal, visualize your own children or relatives.

It is key to understand the rapidity with which mass murder can occur. The bloodshed potential is one attempted murder per second (both dead and wounded, rounded down from 1.27).

Here is an example: At a “Meet your Congress person” event at a shopping center in Tucson, Arizona on August 1, 2011, an active killer wounded Rep. Gabriel Gifford’s in the head and continued to shoot others until block/tackled quickly by an already wounded retired military veteran leading others. The body count totaled six dead and 13 wounded in 15 seconds. The deadly threat was over before anyone could even notify police. Once notified, officers arrived in four minutes. I have documented both faster and slower police arrival times for an active killer event.

That example is relevant in that reality dictates that even a nearby School Resource Officer as close as only 100 yards away is unlikely to arrive in less than 15 seconds. Off-site police would take multiple times longer to arrive, locate, and finally take action. However, a teacher or teachers are already on-site. Both pre- and post-Columbine High School in Colorado, numerous unarmed teachers and staff have died trying to protect their students.

The short, simple, logical and realistic solution to save innocent lives is right in from of us. Voluntary, properly trained and armed teachers would have a much better chance of stopping a spontaneous Rapid Mass Murder than either on-site police or off-site police. A best case scenario would be for each school to have both an SRO and armed teachers. Like it or not, that is our world today.

So far as I am aware, a single (98%) male mass murderer has never been merciful, and needs to be stopped the very instant their threat is detected. We do not need second-guessing naysayers speaking about the less-serious possibility of accidents or unintentional harm by the good guys instead of a better final option than empty-hand defense by victim students and teachers.

Liability? Yes, schools and administrators doing nothing effective to protect innocent students and staff from a known threat deserve to be liable. Schools and staff trying to effectively reduce the realistic threat by training and arming teachers deserve our admiration and would be respected by a jury. It is also a question of how we insist on paying, in the blood of innocents or in insurance dollars.