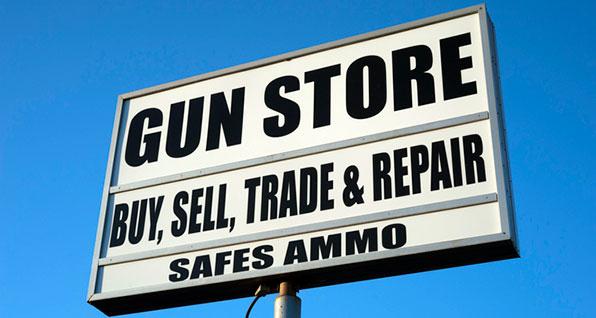 Recent Democratic presidential administrations have been all over the place when it comes to gun dealer licensing. In the early 1990s, President Bill Clinton went to great efforts to eliminate as many Federal Firearms Licensees (FFLs or gun dealers) as he could. President Barack Obama reversed course and demanded that those marginally “engaged in the business” of gun selling acquire an FFL. Now President Joe Biden’s administration has the government running the Clinton playbook again – operating a “zero tolerance” policy that is shuttering FFLs over trivial violations. This sort of schizophrenic policy-making could give the impression that this “strategy” has been motivated by anti-gun politics rather than concerns about violent crime.

It was an article of faith among gun control organizations in the early-1990s that there were just too many gun dealers in the country. Back in the pre-District of Columbia v. Heller days, gun control supporters were more honest about their goals and anything that made guns more obtainable, like a healthy supply of gun dealers, was something they openly opposed.

Never mind the fact that FFLs were, and are, subject to significant federal regulation and help to carry out the federal firearm tracing scheme that gun control proponents contend is vital to public safety. Moreover, this campaign neglected ATF’s history of forcing low-volume “gun dealers” into the federal licensing scheme. In the 1980’s for example, there was evidence of ATF revoking the FFL of a person because he only sold three guns during the year, while simultaneously prosecuting another person for selling three guns that year without a license.

In December 1992, the handgun prohibitionists at the Violence Policy Center published a report titled “More Gun Dealers Than Gas Stations.” The authors whined that there was a “bloated, unmanageable universe of illegitimate FFL holders.” VPC took particular aim at small-scale FFLs they termed “kitchen-table” gun dealers.

Less than a year later, Clinton targeted these small businesses.

On August 11, 1993 Clinton issued a memorandum for the Secretary of the Treasury on gun dealer licensing. The memo directed the secretary to take “whatever steps are necessary” to reduce the number of gun dealers. Clinton complained, “30 percent of licensees engage in a limited level of business, typically out of private residences.” At Clinton’s behest, ATF implemented regulatory restrictions that sought to create a minimum threshold of business activity for FFL eligibility.

By that year, so-called “universal” background checks were gun control proponents’ obsession. Having failed to curb private firearm transfers in April 2013 with the Manchin-Toomey amendment, gun controllers were eager to stretch federal law to require background checks on a wider array of gun sales.

Under federal law, those “engaged in the business” of selling firearms must obtain an FFL and conduct background checks on prospective buyers. Those who sell guns out of a personal collection without doing so “with the principal objective of livelihood and profit” do not need to be licensed with the federal government and are not required by federal law to conduct background checks.

Understanding that the Gun Control Act of 1968 and the Firearm Owners Protection Act of 1986 limited the federal government’s ability to regulate the private transfer of firearms, the Obama administration released a document clarifying the circumstances under which a person must obtain an FFL. Titled, “Do I need a license to buy and sell firearms?,” the guidance explained the relevant federal statutes and regulations concerning firearm dealing and summarized the administration’s view of the controlling case law.

In a “fact sheet” accompanying the guidance, the Obama administration made clear that their goal was to get more individuals into the federal licensing scheme, and thus increase the number of firearm transfers that were subject to a background check. The document described the goal of the Administration’s efforts as “ensur[ing] that anyone who is ‘engaged in the business’ of selling firearms is licensed and conducts background checks on their customers.” In direct contrast to Clinton-era policy, the “fact sheet” stated,

Quantity and frequency of sales are relevant indicators. There is no specific threshold number of firearms purchased or sold that triggers the licensure requirement. But it is important to note that even a few transactions, when combined with other evidence, can be sufficient to establish that a person is “engaged in the business.” For example, courts have upheld convictions for dealing without a license when as few as two firearms were sold or when only one or two transactions took place, when other factors also were present.

Biden appears to have characteristically forgotten about the Obama administration’s effort to increase the number of FFLs.

On June 23, 2021, the Biden administration announced a new policy of “zero tolerance for rogue gun dealers that willfully violate the law.” The policy further specified that “[a]bsent extraordinary circumstances that would need to be justified to the Director, ATF will seek to revoke the licenses of dealers the first time that they violate federal law...” for certain specified violations.

Then, last December, ATF updated its Federal Firearms Licensee Quick Reference and Best Practices Guide. The updated guide makes clear that “ATF will, absent extraordinary circumstances, initiate proceedings to revoke the license of any dealer that has committed a willful regulatory violation of the Gun Control Act (GCA) for specified violations.”

Despite the Biden administration’s colorful characterization of the dealers they claim to be targeting, their “zero tolerance” policy can result in the revocation of a well-meaning gun dealer’s FFL for minor mistakes, including simple paperwork errors. The new “zero tolerance” policy has a clear aim of reducing the number of federally licensed dealers, which will in turn make it more difficult for law-abiding Americans to exercise their Second Amendment rights.

So, it seems the Democratic strategy is to decrease, then increase, then decrease gun dealers in order to reduce violent crime. That confused approach to the federal firearm licensing regime makes little sense if taken at face value. However, more cynical observers may detect an overarching pattern in the madness: Frustrate law-abiding gun owners by whatever means possible.