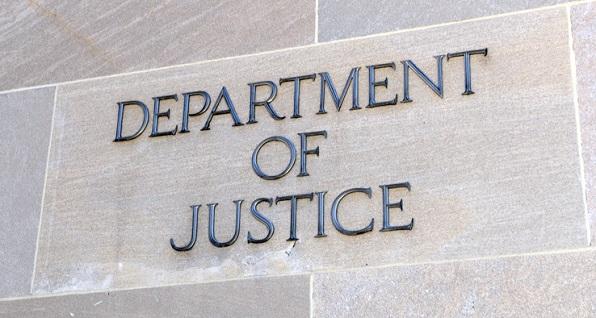 In May, Attorney General Merrick Garland told lawmakers that the Department of Justice’s civil rights work was “critical to protecting the American dream.” Since then DOJ has made clear that Garland’s selective definition of “civil rights” has no room for the Second Amendment or even basic due process under the law. Moreover, contrary to recent messaging, Garland and the DOJ appear to support an increase in civilian-police confrontations – so long as the civilian involved is not actually suspected of having committed any crime.

On June 7, the DOJ released model state gun confiscation order legislation - sometimes referred to as “extreme risk protection order,” “gun violence restraining order,” or “red flag” legislation. Regardless of the marketing, such laws empower the government to extinguish a person’s Second Amendment rights and confiscate their firearms without due process. Those subject to these orders are stripped of their rights without being convicted of any crime. By releasing this model language, the Biden administration has endorsed these unconstitutional measures.

Section 1 of the Fourteenth Amendment to the U.S. Constitution provides that no state shall “deprive any person of life, liberty, or property, without due process of law.” In District of Columbia v. Heller (2008), the U.S. Supreme Court determined that the Second Amendment protects an individual right to keep and bear arms; in the Fourteenth Amendment context, a liberty. A respondent’s firearms are, of course, their property

The Biden gun confiscation order language provides that a,

court shall issue an emergency ex parte extreme risk protection order upon submission of an application by a petitioner, supported by an affidavit or sworn oral statement of the petitioner or other witness, that provides specific facts establishing probable cause that the respondent’s possession or receipt of a firearm will pose a [significant danger/extreme risk/other appropriate standard established by state law] of personal injury or death to the respondent or another person.

An ex parte hearing takes places without notice to respondent and without their ability to participate at the proceedings. The court is only presented the statements of the individual petitioning to strip the respondent of their rights. There is no opportunity for the respondent to challenge the veracity of the petitioner’s statements. This one-sided procedure is ripe for abuse.

The Biden administration proposes a “probable cause” evidentiary standard for the ex parte gun confiscation order procedure. This means that the petitioner need not establish proof that the respondent poses a “risk” in order for the court to issue a confiscation order.

Moreover, a “probable cause” standard makes no sense in this context. In order to make an arrest or acquire a search warrant, police need to cite specific facts that establish probable cause that a crime has been committed. Crimes, of course, have specific elements. In the Biden gun confiscation order context, no crime has been alleged. Vague claims about a person’s strange but lawful behavior giving rise to “probable cause” of “risk” is a ridiculous perversion of long-established legal process.

Orders pursuant to a hearing

Moreover, in the full hearing context, the Biden administration endorses a “preponderance of the evidence” evidentiary standard. In other words, the petitioner must prove that there is a greater than 50-percent chance the respondent meets some nebulous level of “risk.” Of course, this weak evidentiary standard is in stark contrast to the traditional evidentiary burden used in circumstances where individuals face a lengthy and indefinite loss of a fundamental right: “beyond a reasonable doubt.”

During the course of an order, a respondent would have one opportunity to petition for the termination of their gun ban. In order to prevail,

The respondent shall have the burden of proving, by the same standard of proof required for issuance of such an order, that he or she does not pose a [significant danger/extreme risk/other appropriate standard specified by state law] of personal injury or death to himself or herself or another.

Such a bastardized legal procedure based on a flimsy evidentiary standard combined with an ill-defined concept of “risk” endangers all gun owners’ right-to-keep and bear arms.

In many jurisdictions with gun confiscation order legislation, only close family members and law enforcement officers may petition for an order. This helps to ensure that the petitioner has a significant relationship with and knowledge of the individual, or in the case of law enforcement, will face professional consequences if they have been found to have abused the procedure.

(E) A health care provider [as defined by state law] who has provided health services to the respondent;

(F) An official of a school or school system in which the respondent is enrolled or has been enrolled within the preceding [six months/one year/two years/other appropriate time period specified by state law]; or

(G) [Any other appropriate persons specified by state law.]

Under such a regime, a doctor, nurse, dentist, optometrist, or EMT might be able to petition the court to strip an individual’s Second Amendment rights regardless of how fleeting their interaction with the respondent may have been or whether or not they have any mental health assessment training.

Worse, the Biden administration endorses granting any school employee a veto on a student’s right to keep and bear arms up to two years after they were enrolled. Consider the danger of empowering one of the most partisan left-wing occupational fields to adjudicate millions of current and former students’ Second Amendment rights.

Dangerous confrontations between citizens and police

The Biden gun confiscation order legislation would create confrontations between armed individuals in their homes and the law enforcement officers tasked with disarming them. The problem is potentially even more acute in the ex parte context, where the arrival of an officer may be the individual’s first notice that their rights have been abrogated.

At 5:17 a.m. on November 5, 2018, police served a “Red Flag” protective order at the home of 60-year-old Gary J. Willis in Anne Arundel, Md. According to the Baltimore Sun, Willis brought a firearm when he answered the early morning knock at his door. The confrontation ultimately ended with police shooting and killing Willis in his own home.

The Biden gun confiscation order legislation contemplates the confiscation of all firearms in a location which a respondent has access to, regardless of whether those firearms are owned by the respondent.

(1) If the evidence presented at the hearing establishes probable cause that the respondent has access to a firearm, on his or her person or in an identified place, the court shall concurrently issue a warrant authorizing a law enforcement agency to search the person of the respondent and any such place for firearms and to seize any firearm therein to which the respondent would have access.

(3) If the owner of a firearm seized pursuant to this subsection is a person other than the respondent, the owner may secure the prompt return of the firearm by providing an affidavit to the law enforcement agency affirming his or her ownership of the firearm and providing assurance that he or she will safeguard the firearm against access by the respondent. The law enforcement agency shall return the firearm to the owner upon its confirmation, including by a check of the National Instant Criminal Background Check System and the applicable state firearm background check system, that the owner is not legally disqualified from possessing or receiving the firearm.

The legislation anticipates that law enforcement would be empowered to confiscate firearms owned by individuals who are not covered by a confiscation order. The legislation places no burden on law enforcement to determine whether the firearms at a location accessed by the respondent are in fact the respondent’s property. To add further insult, those whose firearms are erroneously confiscated would be required to undergo an FBI background check before the return of their lawful property.

The RAND Corporation conducted a comprehensive study that surveyed the available research on several gun control policies. As part of the study, RAND researchers sought to determine “How Extreme Risk Protection Orders Affect Gun Use Outcomes.” The study stated, “We found no qualifying studies showing that extreme risk protection orders decreased any of the eight outcomes we investigated.” The “gun use outcomes” studied included “violent crime” and “suicide.”

The draft Biden gun confiscation order legislation is an overt attack on the Second Amendment and the due process rights that protect all Americans, regardless of whether they own firearms.

Please contact both of your United States Senators and ask them to vote against David Chipman.