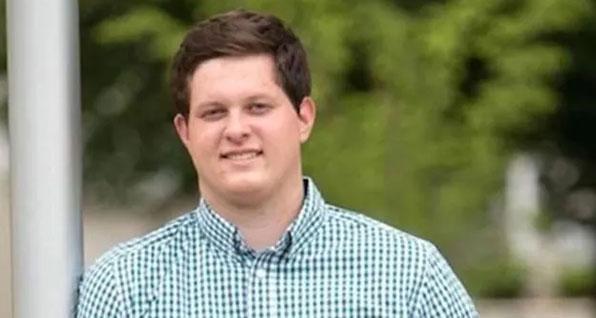 It’s not easy to second guess a law enforcement officer’s actions during a deadly force encounter unless you were there, unless you saw precisely what the officer saw — from their perspective — and felt what the officer felt, including a massive jolt of adrenaline.

Deadly force encounters happen at the speed of life. They’re unbelievably quick — a couple seconds or less. Trying to judge whether the officer acted properly weeks or months later from the safety of a courtroom or a lawyer’s office can be difficult. There are too many variables to consider even if there is bodycam or security footage.

If the officers didn’t immediately run to the gun, they erred grievously. It’s one of the few absolutes in police work. There is a myriad of ways to handle most routine calls for service, but there is only one way to respond to an active shooter — run to the gun, shoot the bad guy, a lot, preferably in the face, until he is no longer a threat.

Not one of the nearly 400 officers present at the shooting in Uvalde, Texas did what they were supposed to do — what we expected them to do. Not a single one. I have wracked my brain and pestered more than a few friends trying to understand why.

I have heard some senior Texas law enforcement officials making up excuses for their poor response, which allowed the mass murderer to go on a shooting spree unmolested for 77 minutes. They had bad comms, the officials said. The scene was chaotic, they said. There was a question about who was in charge — who had the actual incident command.

The news actors on CNN and MSLSD may buy these excuses. I certainly don’t. None of them matter. Of course a gunfight is chaotic. Mine certainly were. Of course there would be inter-agency communication issues. Of course there were questions about who would don the incident commander vest. That’s why every law enforcement agency in the country has standing orders that mandate precisely how their officers must respond to an active shooter — run to the gun.

Eli Dicken is a real hero

If the Uvalde 400 need a lesson on how to respond decisively to an active shooter — and they certainly do — they need to look at the heroic actions of 22-year-old Eli Dicken in the Greenwood Mall.

Eli accomplished more in 15 seconds than 400 Texas cops did in 77 minutes.

In just 15 seconds, Eli recognized the threat, pushed his girlfriend behind cover and engaged the shooter. He fired 10 rounds at a distance of 40 yards. Eight rounds hit and killed the shooter.

Eli didn’t have a plate carrier or a ballistic helmet. He wasn’t covered in MultiCam. He was wearing shorts and a t-shirt. He didn’t have an M4 with advanced optics. He carried a Glock 9mm. He didn’t have a Body Bunker or a cover team. He didn’t play games on his phone or apply hand sanitizer, as some of the Uvalde officers were caught doing. He didn’t need to be told what to do. He didn’t wait for backup. He acted immediately with precise violence of action, and he acted on his own.

Eli took care of business, and at 40 yards. Most police qualification courses don’t require shots beyond 25 yards. Eighty-percent at 40 yards at a target that’s shooting back is legendary.

Greenwood Police Chief James Ison said, “I am 100% certain that many more people would have died last night if it wasn’t for his heroism.”

“I will say his actions were nothing short of heroic. He engaged the gunman from quite a distance with a handgun,” Ison said. “He was very tactically sound as he moved to close in on the suspect, he was also motioning for people to exit behind him. He has no police training and no military background.”

Eli didn’t need police or military training. His grandpa taught him how to shoot, and apparently pretty well. The media is calling Eli a “Good Samaritan.” In my humble opinion, he’s a natural born gunfighter.

Eli’s heroic actions reinforce that we are our own First Responders. We cannot rely upon anyone else to guarantee our safety. As he proved, armed and trained citizens are invaluable. Besides, when seconds count, police will be there in minutes – sometimes 77 minutes to be precise.