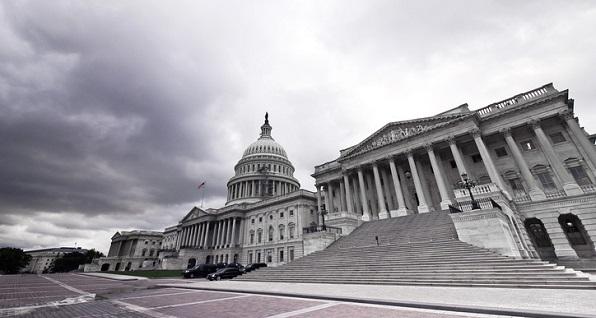 A recent Gallup poll asked Americans about their level of trust in various institutions. Of the 16 options, the one respondents identified as LEAST trustworthy – with only 7% expressing a “Great deal” or “Quite a lot” of confidence in it – was Congress. This was just below television news (at 11%) but also below such things as big business, large technology companies, banks, and small business.

Anyone wanting a case study of why a stunning 93% of Americans lack confidence in Congress need only have witnessed last Wednesday’s Judiciary Committee mark-up of H.R. 1808, the Assault Weapons Ban of 2021, which was voted out of the committee along partisan lines.

The House Judiciary Committee is charged with, among other things, “protecting Constitutional freedoms and civil liberties.” Wednesday’s proceedings, however, were a grotesque and ironic perversion of that mandate, as one anti-gun congressperson after another argued in favor of the largest gun ban in U.S. history, which would include the AR-15, the most popular rifle being sold in America today. In doing so, they ignored facts, history, and constitutional law. They also beclowned themselves with behavior that was beneath the dignity of their office, even given how far it has fallen in public esteem.

A full accounting of the mark-up’s inaccuracies, distortions, and ad hominem attacks would be unreadably lengthy and demoralizing. What follows, then, is merely a sampling of the more egregious lines of argument put forward by the bill’s proponents.

The ill-informed nature of the bill’s proponents was probably best captured when Rep. David Cicilline (D-RI), the bill’s author, attempted to explain how pistol stabilizing braces can be used to turn a firearm into an “automatic weapon.” The absurdness of this claim cannot be overstated, but it fully captures the vigorous ignorance many anti-gun lawmakers have about the very subject matter they claim to be qualified to regulate.

Simply put, proponents of bills like H.R. 1808 are selling a lie: that the legislation would rid the U.S. of a particularly dangerous type of firearm and that by doing so it would save lives.

Make no mistake, nothing about H.R. 1808 would significantly limit a bad actor’s access to virtually any sort of firearm he wanted. It does not and cannot do anything about the tens of millions of firearms of the types it would ban that are already in circulation. It does not and cannot actually make semi-automatic long guns or intermediate rifle cartridges illegal. In every jurisdiction where so-called “assault weapons” have been banned in the United States, manufacturers and hobbyists have simply modified existing designs to come into technical compliance with the ban, while maintaining functionally equivalent, if slightly less aesthetic, guns.

This was true of the first federal “assault weapons” ban of 1994 to 2004, which also grandfathered existing firearms and allowed for the importation and manufacture of slightly modified designs that did not affect the firearm’s action, ballistics, or rate of fire. Anti-gun committee members insisted the prior ban was effective and “saved countless lives” by citing studies that looked at crime data and victims per incident before, during, and after the ban. Pro-gun committee members rebutted this argument, however, by pointing out that the numbers of functionally equivalent AR-type and other semi-automatic rifles in private hands actually increased during the ban.

Indeed, it is possible the prior federal ban served mainly to promote the public’s interest in and desire for semi-automatic rifles. Pro-gun committee members also pointed out that the correlations in the studies cited by the bill’s proponents did not establish causation, particularly in the case of complex, multi-faceted problems like violent crime and mass shootings.

Meanwhile, the most comprehensive survey of existing literature on the effects of semi-automatic and “large capacity” magazine bans – one that specifically focused on causal relationships – found no convincing evidence that such laws reduce violent crime generally or even mass shootings in particular.

The other big lie, repeated by several anti-gun committee members, was that they respect the Second Amendment and that H.R. 1808 is fully consistent with it.

To promote this argument, anti-gun committee members characterized the AR-15 and similar semi-automatics as “like weapons” to the M-16 and other machine guns, described them as “dangerous and unusual,” and even suggested that the Second Amendment was limited to muskets and militias.

Of course, as pro-gun committee members pointed out, the M-16 and other true military assault weapons are capable of automatic fire. This makes them different in kind from semi-automatics like those that would be banned by H.R. 1808. Those distinctions, moreover, have been recognized in federal law since at least 1934, with newly manufactured machine guns being banned from civilian possession since 1986.

H.R. 1808 also includes, for example, rimfire look-alike guns that often manufactured largely out of plastic and operate with .22 LR ammunition. It is laughable to suggest that these low-powered plinkers are anything “like” a true military rifle.

There is also nothing “unusual” about the types of firearms H.R. 1808 would ban. Recent industry figures put the number introduced into circulation in the U.S. since the 1990s at nearly 24.5 million. That figure significantly undercounts the number actually owned by Americans, moreover, as AR style rifles have been available to the public since the late 1960s, and AKs since at least the mid-1980s. The popularity of these types of rifles is indisputable.

Indeed, in the legislative equivalent of an “own goal,” anti-gun committee chairman Jerry Nadler (D-NY) admitted during the hearing that the “problem” with the guns H.R. 1808 would ban is that they are “in common use” and banning these “common use” firearms is the “point of the bill” (see video beginning at 2:14:50).

But as pro-gun committee member Dan Bishop (R-NC) pointed out, this put the bill directly at odds with multiple U.S. Supreme Court cases that have held the Second Amendment protects firearms “in common use” for lawful purposes.

This led anti-gun committee members to make absurd arguments to try to limit and contextualize the “common use” test. Jamie Raskin (D-MD) suggested, for example, that guns themselves aren’t common in America, because fewer than half of Americans own them. He also suggested that semi-automatic long guns are only a small percentage of the total number of firearms present in the U.S. and therefore cannot be considered in “common use,” even though tens of millions of them are circulation. Raskin even suggested that the Supreme Court used that phrase to apply only to firearms in “common use” at the time of the founding (what Raskin called “muskets”) and that it had nothing to say about modern firearms.

All those claims, however, have already been debunked in prior Supreme Court cases or in opinions written by current Supreme Court justices.

In a concurring opinion to the Supreme Court decision in Caetano v. Massachusetts, Justice Samuel Alito explained “common use” in the context of stun guns, which data submitted to the court indicated numbered in the low hundreds of thousands in the U.S. “While less popular than handguns, stun guns are widely owned and accepted as a legitimate means of self-defense across the country,” Alito wrote. “Massachusetts’ categorical ban of such weapons therefore violates the Second Amendment.”

Justice Clarence Thomas also opined on the matter in a dissent, joined by Justice Antonin Scalia, from the high court’s refusal to hear a Second Amendment challenge to an “assault weapons” ban in 2015. Thomas wrote:

[District of Columbia] v. Heller asks whether the law bans types of firearms commonly used for a lawful purpose—regardless of whether alternatives exist. … The City’s ban is thus highly suspect because it broadly prohibits common semiautomatic firearms used for lawful purposes. Roughly five million Americans own AR-style semiautomatic rifles. The overwhelming majority of citizens who own and use such rifles do so for lawful purposes, including self-defense and target shooting. Under our precedents, that is all that is needed for citizens to have a right under the Second Amendment to keep such weapons. [Internal citations omitted.]

Scalia’s adoption of this reasoning also conclusively refuted the claims of anti-gun committee members that the author of the landmark District of Columbia v. Heller opinion had himself endorsed the idea of semi-automatic “assault weapons” bans. Heller additionally addressed and debunked the false notion that the Second Amendment only protects the bearing of arms by persons who are actually serving in an organized militia, holding that self-defense is the “central component of the right itself.”

Meanwhile, a third justice, Brett Kavanaugh, wrote a dissent as an appellate court judge to a D.C. Circuit case in which Kavanaugh opined that the District of Columbia’s “assault weapons” ban, which is very similar to H.R. 1808, would fail the “common use” test.

Cicilline, tried another tact and insisted constitutional objections to the legislation were frivolous, because multiple federal courts of appeals had already upheld Second Amendment challenges to similar legislation.

What he failed to mention, however, is that the Supreme Court in the meantime has issued another Second Amendment opinion reasserting the “common use” test and clarifying the standard of review to be applied by courts in Second Amendment cases. All of the cases Cicilline cited predated this latest case, New York State Rifle & Pistol Association v. Bruen, and applied other forms of analyses.

Cicilline also failed to acknowledge that after the Supreme Court issued its decision in Bruen, it vacated lower court decisions upholding state laws very similar to the “large capacity” magazine and “assault weapons” bans in H.R. 1808 and remanded those cases to be redecided under the Bruen style analysis.

Overall, the proponents of H.R. 1808 proved during last week’s mark-up of the bill that they are not seriously engaged in defending the legislation on either the facts or the law.

Instead, they indulged in purely political grandstanding and passed a measure that would be ineffective, oppressive, and unconstitutional, were it to be signed into law.

But, even that wasn’t enough for the anti-gun members of the committee, they also voted to advance H.R. 2814.

H.R. 2814, originally sponsored by Rep. Adam Schiff (D-CA), would completely repeal the Protection of Lawful Commerce in Arms Act (“PLCAA”) and would make firearm trace data maintained by the Bureau of Alcohol, Tobacco, Firearms and Explosive (“ATF”) available to the public.

The PLCAA was enacted in 2005, with broad bipartisan support, to protect the firearms industry from frivolous and politically-motivated lawsuits. In the mid-1990s, gun control advocates, big city politicians, and trial attorneys teamed up in an attempt to use the courts to sue the gun industry for millions and force them to agree to gun control measures that gun control supporters were unable to enact in Congress. The suits sought to hold members of the industry liable for the criminal behavior of those who misused their products.

These suits, though they were of little merit, posed a grave threat to the industry - and in turn, the right of law-abiding Americans to acquire firearms.

Make no mistake, the only reason to seek the repeal the PLCAA is to destroy the American firearm industry, and, with it, the right to keep and bear arms.

Please take action by asking your representative to vote no on these terrible bills.