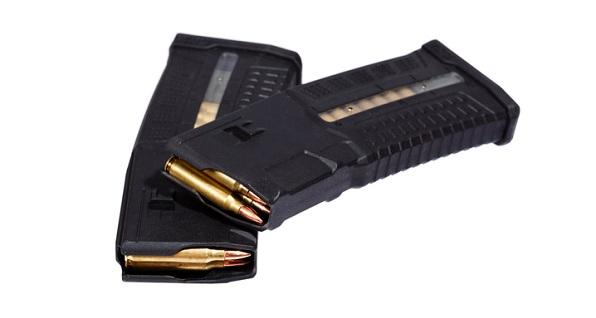 The case is Duncan v. Becerra.

The NRA-supported case had already been up to the U.S. Court of Appeals for the Ninth Circuit on the question of whether the law’s enforcement should be suspended during proceedings on its constitutionality. Last July, a three judge panel of the Ninth Circuit upheld Judge Benitez’s suspension of enforcement and sent the case back to him for further proceedings on the merits of the law itself.

In a scholarly and comprehensive opinion, Judge Benitez subjected the ban both to the constitutional analysis he argued was required by the U.S. Supreme Court in District of Columbia v. Heller and a more complicated and flexible test the Ninth Circuit has applied in prior Second Amendment cases.

Either way, Judge Benitez ruled, the law would fail. Indeed, he characterized the California law as “turning the Constitution upside down.” He also systematically dismantled each of the state’s purported justifications for the law, demonstrating the factual and legal inconsistencies of their claims.

NRA-ILA Executive Director Chris W. Cox hailed the decision as a “huge win for gun owners” and a “landmark recognition of what courts have too often treated as a disfavored right.”

“Judge Benitez took the Second Amendment seriously and came to the conclusion required by the Constitution,” Cox said. “The same should be true of any court analyzing a ban on a class of arms law-abiding Americans commonly possess for self-defense or other lawful purposes.”

Unfortunately, Friday’s opinion is not likely to be the last word on the case. The state will likely appeal to the Ninth Circuit, which has proven notably hostile to the Second Amendment in past decisions.

Nevertheless, the thoroughness of Judge Benitez’s analysis should give Second Amendment supporters the best possible chance for success in appellate proceedings, particularly if the case ultimately lands before the U.S. Supreme Court.

In the meantime, Friday’s order prohibits California from enforcing its magazine restrictions, leaving its law-abiding residents safer and freer, at least for the time being.