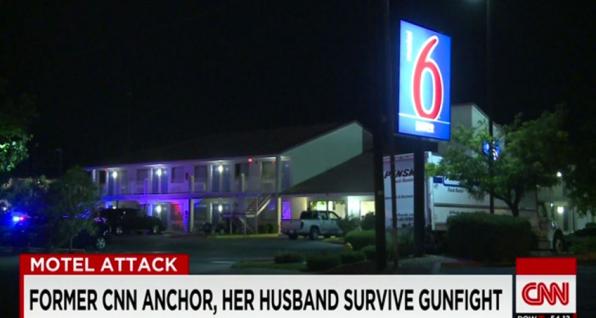 However, that's something the anti-gun group probably would have a hard time convincing former CNN Headline News anchor Lynne Russell and husband Chuck de Caro to believe. [Recently], Russell and de Caro, both carry permit-holders, were attacked in their motel room during a robbery that turned into a gunfight.

The anti-gun Washington Post reports that as de Caro tried to reason with the robber, Russell handed her purse to her husband, with a handgun concealed inside, and when the robber opened fire, de Caro, an Army veteran, did so as well. "My husband returned fire," Russell said. "And he's a better shot." While de Caro was struck three times, the robber was killed.

Fortunately, De Caro, whom Russell called her "hero," is recovering from his wounds. The VPC? Perhaps not so easily. De Caro's and Russell's use of a firearm to stop a crime is just another example that should give pause to anyone inclined to think there's even a shred of truth in what the VPC says.