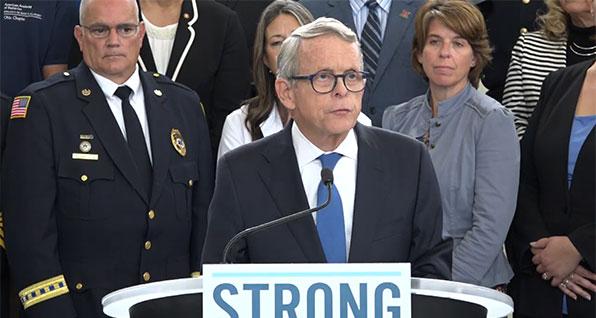 Since early August, when Ohio Governor Mike DeWine announced a 17-point plan to address violence, administration officials said they would research the issue and sought to do something different.

Based on comments made by the Governor and Lt. Governor at a press conference today, it appears the administration has rejected "red flag" and opted to focus on providing medical assistance for those suspected of being a danger to themselves or others.

“We have said for years that we need to focus on mental health and enforce current law,” said Dean Rieck, Executive Director of Buckeye Firearms Association.

“The problem with red flag or protection order laws is that they seek to take away firearms based on an unproven accusation that an individual poses a threat. That is unconstitutional, it invites abuse of power and infringement of rights, and frankly it just doesn’t work to make anyone safer.”

Buckeye Firearms Association will carefully review and track this bill and all other firearms legislation introduced in the Ohio Legislature and continue to defend the Second Amendment rights of Ohio’s 4 million gun owners.