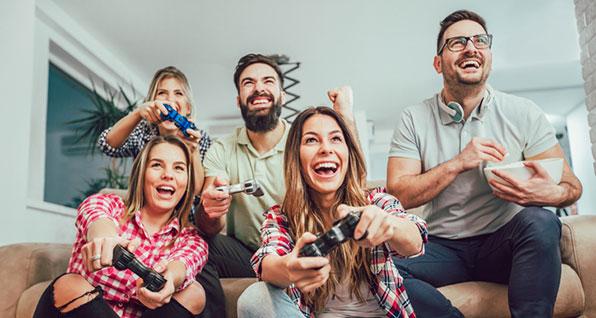 The future of the Second Amendment depends on changing hearts and minds in America and bringing more people to gun ownership and the shooting sports.

When asked how we do that, most people suggest youth programs at shooting ranges. But as great as these programs are, statistics show that they may not have the lasting impact we would like without support from a young person's circle of friends.

So what do we do?

First, we need to stop trying to make the next generation of gun owners be carbon copies of "us." People get involved in activities for their own unique reasons, and if someone starts shooting, hunting, carrying, or collecting for reasons different from ours, we should be okay with that.

For example, many people get into hunting because it is a family tradition. But some of today's new hunters may not care about tradition as much as they do finding a source of healthy, locally-sourced, non genetically modified food. So they have different motivations, but the end result of more hunters is the same.

Second, we need to be open to new ideas because ultimately we can't "force" anyone to change their mind. We can't argue people into being pro-gun. People change their mind when they're ready and when it makes sense to them.

And one of these new ideas is reaching out to people playing games. It's called "2AGaming" and it's the brainchild of Andrew Gottlieb, Director of Outreach with the Second Amendment Foundation.

Here's an email we recently received from Andrew explaining his idea:

We plan to reach out to gamers in general, especially those who play games that focus on guns.

For the future of our rights, we need these people to not feel like they should be quiet about things they do and enjoy just because they involve guns.

We also want to reach out to people who don't know anything about guns outside of the games they play so we can get our message across that guns are not evil and can be used responsibly.

Why is 2AGaming a big deal?

Video games are incredibly popular. They are also one of the fastest-growing industries in the United States.

For a lot of people, video games are their first and only interaction with firearms.

Video games involving some sort of firearm (fictional or realistic) are some of the most popular, especially with the younger generations.

Most gamers tend to be more active politically. The number of people who play those games involving firearms and vote is almost 48 million. That's almost 35% of the people who voted in the last election.

We can take that first interaction with firearms and turn it into a trip to the range with friends and a new hobby. We can educate younger generations on safety and where their rights come from. Most importantly we can help shift the political culture in the United States to one that does not fear guns but embraces them.

How can I support 2AGaming?

We need as many people as we can to follow and share so that we can grow the Pro-2A movement.

Following on Facebook, Twitch, and Mixer is the 1st step.

We will be posting weekly schedules of when we will be live but make sure to turn on notifications. All 3 platforms even have a free mobile app.

Come watch the streams and engage with us. We want to hear your opinions and questions too!

Together we can grow the community and protect the Second Amendment.

Donate To The Project

If you aren't into gaming, what about your kids or grandkids? Share this 2AGaming idea with them and see if they're interested.

For what it's worth, I got into firearms because I grew up as a computer and gadget guy. No one in my family had much interest in guns, but I enjoyed shooting games. The fun I had with games later translated into the fun I had at a shooting range during a safety class. And that lead me to bullseye and 30-meter air pistol competition, which opened my mind to concepts like self-defense and concealed carry.

Also, my background in sales and marketing taught me that the best way to connect with people is to start with what the other person is already interested in. If 48 million voters are interested in shooting games, that sounds like a pretty good group of people to start talking to.