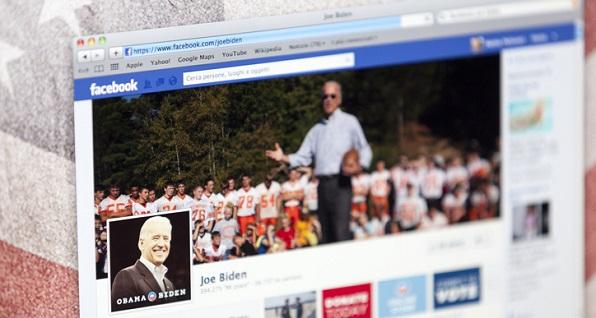 On Guns, Joe Biden is Full of It

Presumptive Democratic 2020 Presidential Nominee Joe Biden is not one for clarity, tact, or a firm grasp of the facts. However, even an American public that has long been aware of his shortcomings was taken aback [recently] when the former vice president launched an unhinged attack on a pro-Second Amendment auto worker. Aside from further exposing a waning control of his faculties, the exchange revealed Biden’s deep antipathy towards the Second Amendment, his profound ignorance on the firearms issue, and his willingness to lie for political advantage.

The verbal dispute occurred [recently] as Biden toured a Fiat Chrysler plant in Michigan as the state was holding its primary. As Biden made his rounds, auto worker Jerry Wayne went up to the presidential candidate and asked him about his position on the Second Amendment. Speaking with Fox News’s Fox and Friends the following day, Wayne explained that he “asked [Biden] how he wanted to get the vote of the working man when a lot of us, we wield arms. We bear arms and we like to do that. And if he wants to give us work and take our guns, I don't see how he is going to get the same vote.”

Wayne told Biden, “You’re actively trying to end our Second Amendment right and take our guns,” to which a visibly agitated Biden responded, “You’re full of **it.” Following Biden’s use of profanity, a female Biden staffer attempted to quell the confrontation. Biden responded by shushing the assistant.

Biden then claimed that he supports the Second Amendment, providing as evidence his ownership of 12 and 20-gauge shotguns. An angry Biden then professed “I’m not taking your gun away” and denied ever having said that he would take guns away. Wayne responded that there was video of Biden expressing his desire to take guns, to which the candidate responded with a denial.

At that point Biden thought it appropriate to point a finger in Wayne’s face and clarify that he was going to “take your AR-14s away.” The befuddled politician presumably was referring to America’s most popular rifle, the AR-15. When Wayne protested Biden pointing a finger in his face, a now irate Biden challenged the auto worker to a fight, telling him “Don’t tell me that, pal, or I’m going to go outside with you’re a**.”

Demonstrating a firmer grasp on U.S. civics than the Syracuse Law graduate*, Wayne responded to the unhinged “public servant” by saying “You’re working for me, man.” Continuing his profanity-laced tirade, Biden responded with, “I’m not working for you. Don’t be such a horse’s a**.”

Describing the interaction for Fox News, Wayne recalled that Biden “kind of just went off the deep end.”

That is an understatement.

The eye level view of Joe Biden telling a Michigan auto worker "You're full of shit" and then shushing a female staffer is a must watch.pic.twitter.com/gJ0BsP19UE

Joe Biden does not support the Second Amendment

Biden continues to boast about his role as lead sponsor on the Senate crime bill that contained the 1994 Clinton ban on commonly-owned semiautomatic firearms and magazines with a capacity greater than 10 rounds. The ban was allowed to expire in 2004 after a federally-funded study determined that “the ban’s effects on gun violence are likely to be small at best and perhaps too small for reliable measurement.” Despite this record of failure, in 2007 Sen. Biden introduced S.2237. This legislation would have reinstated the so-called “assault weapons” ban.

At present, Biden’s campaign website touts his plan for a more restrictive ban on commonly-owned semi-automatic firearms and magazines. Further, while attending a private $500 a person fundraiser in November, Biden revealed his intent to ban 9mm pistols. According to an article from the Seattle Times, while at the soiree, the 77-year-old asked attendees “Why should we allow people to have military-style weapons including pistols with 9mm bullets and can hold 10 or more rounds?”

The U.S. Supreme Court has made clear that the Second Amendment prohibits the gun bans Biden advocates.

In 2015, Heller decision author Justice Antonin Scalia reiterated that the Second Amendment and Heller preclude so-called “assault weapons” bans when he signed onto a dissent from the denial of certiorari in Friedman v. Highland Park. In the dissent, Justice Clarence Thomas explained,

Roughly five million Americans own AR-style semiautomatic rifles [with many millions more owning them in 2020]. The overwhelming majority of citizens who own and use such rifles do so for lawful purposes, including self-defense and target shooting. Under our precedents, that is all that is needed for citizens to have a right under the Second Amendment to keep such weapons.

As with so many anti-gun politician, when Biden claims to support the Second Amendment he is not being honest.

At a campaign rally in Dallas on the Monday before the Super Tuesday primaries, failed U.S. senate and presidential candidate Robert Francis “Beto” O’Rourke endorsed Biden for president. Sharing the stage with his former rival, Biden stated, “I want to make something clear. I’m going to guarantee you this is not the last you’ll see of this guy.” Biden went on say, “You’re going to take care of the gun problem with me. You’re going to be the one who leads this effort. I’m counting on ya.”

Following the campaign event, Biden and O’Rourke went to local burger chain Whataburger, where the septuagenarian continued to heap praise on the former manny’s anti-gun advocacy. Speaking about Beto and gun control, Biden stated, “This guy changed the face of what we’re dealing with regarding guns, assault weapons… and I just want to warn [Beto’s wife] that if I win I’m coming for him.”

By offering Beto a role on guns in a potential future administration, Biden has made clear that he supports Beto’s gun control position. That position is gun confiscation.

During the September 12, 2019 Democratic debate, Beto O’Rourke was asked about his proposal to confiscate commonly-owned semi-automatic firearms. Beto responded in part by saying, “hell yes, we're going to take your AR-15.” The Beto campaign would go on to sell t-shirts with the anti-gun slogan.

Less than a week later, Beto reiterated his call for gun confiscation on CNN’s Cuomo Prime Time. During an interview, Chris Cuomo asked Beto, “All right, so let's state the proposition. Are you, in fact, in favor of gun confiscation?” Beto responded with “Yes.”

There can be no doubt that Biden understands Beto would confiscate firearms, as he shared the debate stage with him on September 12.

Moreover, Biden himself has stated that he intends to take firearms. Biden had the following exchange with CNN’s Anderson Cooper when asked about firearm confiscation during an August 5, 2019 interview.

Biden must think he can get away with lying to Second Amendment-supporting working people. In the friendly confines of a CNN interview, Biden is more than happy to admit his gun confiscation plans. However, put him in front of a group of workers and he tries to hide his radical anti-gun agenda.

Thanks to autoworker Jerry Wayne, Biden wasn’t able to get away with it this time. Wayne was correct to ask Biden about his history of attacking the Second Amendment and support for firearms confiscation. Biden, on the other hand, was full of it.