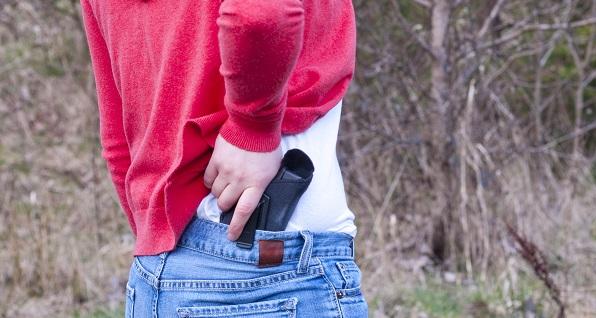 Harvard Researcher: About Half of New Gun Owners are Women

Therefore, the study suggests that 46.6% of new gun owners since January 2019 were women.

The news is of particular interest to those who understand the Second Amendment isn’t about duck hunting. Pew Research Center data suggests that women are more likely than men to cite self-defense as their reason for purchasing a firearm. In 2017, Pew reported,

Male and female gun owners are about equally likely to cite protection as a reason why they own guns: About nine-in-ten in each group say this is a reason, and 65% and 71%, respectively, say it is a major reason. But far larger shares of women than men who own guns say protection is the only reason they own a gun: About a quarter of women who own guns (27%) are in this category, compared with just 8% of men.

The 2021 survey also found that new gun owners were more diverse than the general population. The Wall Street Journal noted, “Among new gun buyers, 55% were white, 21% were Black and 19% were Hispanic. Among new women gun owners, 28% were Black.” For context, Census data places the U.S. demographic breakdown at 13.4% Black and 18.5% Hispanic.

The survey findings won’t come as a surprise to those who have been paying attention. Starting in the earliest days of the pandemic, there were media reports throughout the country noting a diverse deluge of first-time gun buyers showing up at gun dealers. Moreover, surveys of these dealers showed a similar situation unfolding. In February, NSSF noted, “sales among women accounted for 40 percent of all sales, and purchases by African Americans increased by 56 percent compared to 2019.”

Azrael and Miller’s findings are even more notable given the anti-gun movement’s recent attempts to leverage the current identity politics mood in pursuit of their civilian disarmament agenda. The recent survey data is strong evidence that the public is ignoring these political opportunists, understanding that the Second Amendment right is for all Americans.