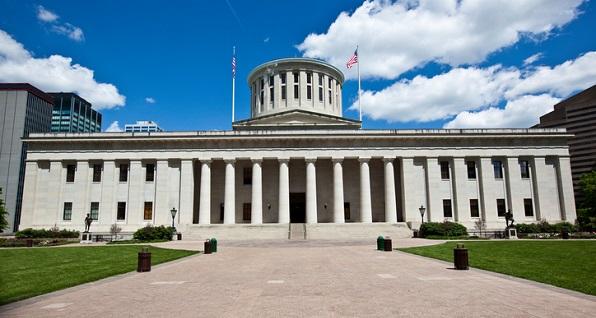 HB 178 gets vote after 8th hearing; Speaker refers back to another committee

On June 26, during a rare 8th committee hearing, HB 178 (Constitutional Carry, Concealed Weapons License & Remove Duty to Notify) was passed out of the House Federalism Committee with a 7-4 vote. However, rather than bring the bill to the floor for a vote, House Speaker Larry Householder (R-Glenford) has re-referred the bill back to another committee for further review.

From the Statehouse News Bureau:

Members of the House Federalism Committee argued Wednesday over a provision in HB178 that would require a pamphlet to accompany the purchase of a firearm. That document would provide information intended to help the purchaser understand gun ownership laws in Ohio. However, a line in the pamphlet noted the “duty to retreat” in times when lethal force may be used in self-defense.

Pro-gun groups argued that could lead to someone second guessing what they should do before protecting themselves. Supporters of the pamphlet said they wanted gun owners to be as informed as possible.

House Speaker Larry Householder (R-Glenford) said he wants HB178 to be re-referred to another House committee, criminal justice, so the legislation can go under further review. This step delays a potential vote by the full House chamber.

From additional coverage in the Columbus Dispatch:

President Jim Irvine said the Buckeye Firearms Association has engaged in its normal advocacy efforts in support of the bill, but it does not want to jump in yet because the bill still needs to clear the House Criminal Justice Committee, the House floor and the Senate floor.

“In our mind, there’s no cause for some big celebration at this point,” Irvine said. “We work to educate legislators on a topic that we feel is important so that when it comes time to vote on it, they understand the issue, they’ve thought about it, and they agree that this is a good policy for the people of Ohio. It’s not the talk that matters; it’s the result that matters.”

That approach has worked, too: The organization has seen 20 bills signed into law since 2001 that advance its agenda.

The day after the vote in the House Federalism Committee, a Constitutional Carry law took effect in Kentucky. Kentucky is the 16th state to allow for permitless conceal carry.