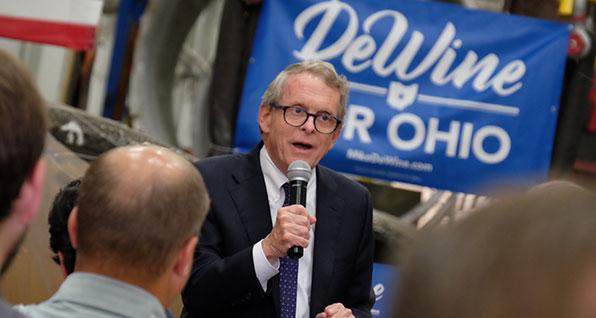 The Columbus Dispatch is reporting that, after dealing for eight years with wishy-washy support and occasional hostility from the previous administration, administrators from the Ohio Division of Wildlife say that order has been restored.

The occasion was the 40th anniversary of an event founded by Gov. James A. Rhodes in 1979 as a way to promote Lake Erie as a fishing destination.

Addressing a record gathering, Gov. Mike DeWine said he was outfished by his grandchildren but did not try to take credit for the unsurpassed run of walleye fishing that began last year.

He did, however, suggest that one of his goals has been to restore a wildlife division that had seemingly lost some mojo regarding its mission of protecting wildlife resources for the benefit of all. That was not met with dissent from the politicians, lobbyists, scientists and media types in attendance.

The division, essentially self-funded through license and permit sales and federal excise taxes on sporting equipment, had long operated on a somewhat autonomous basis under the umbrella of the Ohio Department of Natural Resources.

Under the administration of Gov. John Kasich, however, attempts were made to transform the division into a politically compliant agency. In the process, some longtime division employees with strong scientific credentials were banished to bureaucratic backwater jobs. Some promotions went to well-connected individuals with less experience or inferior qualifications.

The article goes on to say that as DeWine campaigned to be governor, organized sportsmen’s groups told him “we want professionals running the division” of wildlife, and that they wanted the incoming administration to “let the professionals do their job.” DeWine assured the groups during his campaign he could do that.

After reading the article, Buckeye Firearms Association President Jim Irvine observed, "While they are too kind to the previous Governor, that may be in part due to Division leaders more interested in saving Ohio's natural resources than complaining about the mess they inherited. Whether you enjoy fishing or swimming, water or snow skiing, biking, bird watching or any other outdoor activity, our natural resources are important to all Ohioans. Governor DeWine's appointment of Mary Mertz as director of the ODNR and Kendra Wecker as Chief illustrate why DeWine is a great governor for Ohio, no matter where you see yourself politically."