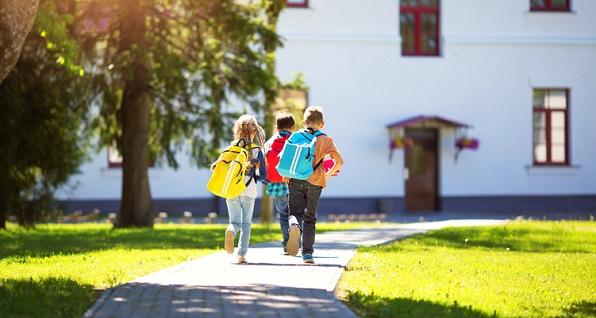 As 2019 draws to a close, the number of school districts in one northeastern Ohio county that have authorized staff members to carry guns on school property has grown to five.

Newcomerstown Superintendent Jeff Staggs is quoted as saying he continues to believe it’s a good idea.

“When seconds count in responding to a dangerous event, the faster the event is stopped more students and staff stay alive,” he said. “I’m still in favor of a highly trained armed staff along with multiple other layers in the school safety plan.

“We continue to train and tweak our school safety plan to meet the new issues that schools face every year. The sheriff’s office has been a huge help in our training program with our journey to get better at school safety.”

“I still think this is a valuable decision to protect Garaway students and staff,” he said. “At Garaway Schools, the safety of each and every child within this community is our district’s highest priority. We are continually examining safety measures for our school district and looking for ways to improve.

“We believe that armed staff is one way to provide a quick response and opportunity to protect people in an attack.”

Superintendent Millet told the Dispatch the plan has been well-received in Garaway.

For his part, Tuscarawas County Sheriff Orvis Campbell told the newspaper he believes that area educators who have been armed have the training and skills necessary to keep everyone safe.

Police officers who go to a police academy receive 60 hours of training on firearms, and two days of that is in the classroom, Campbell said. By comparison, area teachers have been given three separate weeks of training.

“I put guys through one of them, and it’s very good,” he said.

“All of them are qualifying at at least the same level as every peace officer (in Ohio), and all of them have kept up so far,” Campbell said.

According to the article, staff members are required to keep their gun on their person at all times. They are not allowed to talk about it, and they’re not allow to show their weapon, even to other teachers.

Sheriff Campbell also said he believes arming staff is a good idea because it’s rare to hear about a teacher running away when there is a shooting.

“I believe teachers love their kids just as much as parents do, or close,” Campbell said. “I think that they will put their lives right in the middle of the line to protect kids, and that’s another reason that I’m not against it, because I really believe that most teachers look at those kids as their kids.”

The sheriff said parents should feel better about their children attending schools with armed staff members.

“My son doesn’t go to a district that carries,” he said. “My daughter works in one. I feel safer for her. I’ve seen her staff members shoot. They’re good.”

More than 2,600 teachers and staff have taken FASTER training in 260 school districts across 18 states and in 79 of 88 Ohio counties. Training includes both armed response and traumatic medical care.

Okey to the People: "This is our house!"
END_OF_DOCUMENT_TOKEN_TO_BE_REPLACED