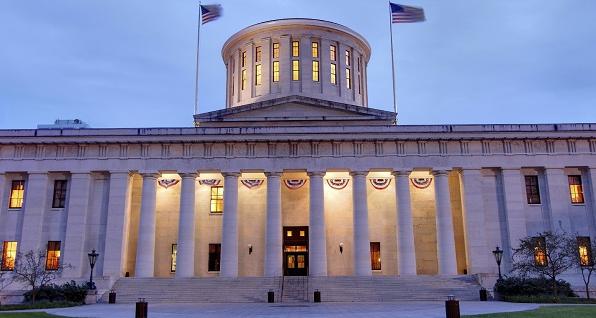 Sub. HB 48, sponsored by Ron Maag (R-Lebanon), passed the Ohio House of Representatives today with a 68-29 vote. The bill is now headed to the Senate for further consideration.

Currently it is against the law to possess a firearm on school property. There is an exemption for license-holders “immediately in the process of picking up or dropping off a child,” provided the license-holder remains in the vehicle. But drop off a spouse (not a “child”) for work, or your kids lunch/medicine/science project, and parents are subject to felony penalties. Parents with a CHL are prohibited from leaving the vehicle as may be required to sign a child out of the office or nurses’ station.

HB 48 would fix this mess by simply stating that the gun, as opposed to the license-holder, must remain in the vehicle. It fixes a problem that license-holders, schools, law enforcement and prosecutors have had issues with. Such a simple and common-sense fix should enjoy unanimous support.

For most people, the distinction between the “secure side” and the “non-secure” area of an airport is obvious. Non-secure areas include the road, parking garage, baggage claim, and check-in areas. The secure area is anything on the other side of security. But Ohio does not recognize this obvious difference for CHL’s. The same is true for police stations. HB 48 would fix this by allowing licensed individuals to possess firearms in the non-secure area, while leaving the prohibition in place for the secure areas.

HB48 would allow the carry of firearms in a private airplane, just as it does a private car/truck.

HB48 would eliminate the prohibition of having a gun in a day care facility. Requiring parents to disarm/rearm every time they drop off/pick up a child is inviting an accident. Leaving the gun holstered on one’s person is safer for the parent, children, and day care facility. Day care centers would still be permitted to adopt their own rules prohibiting firearms in their facility.

Current law allows grade schools to authorize individuals to carry firearms in school. This is a fast-growing trend among Ohio schools, many of which have taken advantage of “FASTER Saves Lives” training as part of their security measures. HB 48 would allow colleges and universities to similarly allow carry if they desired. Prohibiting institutions of higher education from adopting “best practice” protocols for violence including active killer/active shooter is bad policy. HB 48 fixes this problem and gives each institution the ability to do what they believe is best for their staff and students.

While this bill would greatly improve Ohio’s laws regarding concealed carry and bring the state more in line with generally acceptable standards and common sense, it was vocally opposed by several who seem to put their anti-self-defense agenda above the good of their constituents.

We thank those House members who voted for this important piece of legislation and look forward to working with the Ohio Senate to quickly move this important legislation. HB 48 is a common sense bill that should be enacted into law.

The question being, "Shall the bill pass?"

Those who voted in the affirmative were:

Those who voted in the negative were: