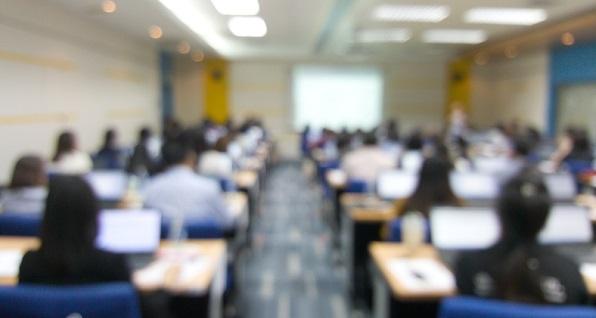 What they failed to note is the reason why - namely that two firearms instructors were accused of having falsified statements claiming students had received proper training. As a result, law enforcement were forced to suspend or revoke hundreds of licenses.

There are now indications that the number of revocations in 2019 may be equally skewed.

In an exclusive report, 21 News has learned that hundreds of CCW permits in the Mahoning Valley, could be invalid.

That's because there's an on-going investigation by the Ohio Attorney General's Office and the Mahoning County Sheriff into the man who may have trained the gun owners.

Mahoning County Sheriff Jerry Greene did confirm that it was his office that discovered a former Youngstown Police Officer was no longer certified as a Firearms Instructor, and therefore no longer qualified to train anyone when it comes to CCW permits.

Now they're working with BCI to investigate Phil Chance, Junior and ultimately it could lead to criminal charges.

Several sources tell 21 News that there are at least 270 carrying concealed weapons permits or CCW's in Mahoning County alone that could be suspended or revoked. The Trumbull County Sheriff's Department confirms they have also found some, but did not have a firm number.

Phil Chance, Junior says he was told there may be up to 700 permits in question, including some in Stark County.

According to the report, Chance resigned from YPD in 2012. At that time he agreed to forfeit his Ohio Police Officer Training Academy certification and in his own words it was 'permanent and irreversible.'

Meanwhile, in a follow-up on one of the investigations we reported on late last year, the Portsmouth Daily Times is reporting that a Lucasville weapons instructor now charged with 25 counts of falsification regarding concealed carry permit training.

Hayes allegedly was selling the training certificates for $50-$75 each. Although Ohio law mandates persons receiving a CCW permit receive a certain amount of firearms training, the sheriff’s office alleges Hayes was selling the certificates after spending just as little as a few minutes in a parking lot with students, apparently just long enough to exchange cash and the bogus certificates.

Along with Hayes, Portsmouth resident Jake E. Buckler, was arrested and charged with eight counts of falsification, again relating to CCW training certificates. Officials allege Buckler was obtaining training certificates from Hayes and selling them at his place of employment, the name of which was not released.

As a direct result of the sheriff’s office investigation, 27 concealed carry permits have been revoked, six applications denied, and numerous unused bad training certificates had been identified as of Friday.

Instructors and students be advised - Ohio law requires concealed handgun license classes to be 8 hours in length, and sheriffs are watching. If you take a class that fails to meet the required 6 hours of classroom instruction and 2 hours of range instruction that includes live firearms training, your certificate is not valid for purposes of obtaining an Ohio CHL. Further, if you apply for a CHL using an invalid training certificate, you could face criminal charges. Penalties could include suspension/revocation of your CHL, fines, jail, and a lifetime ban on possessing firearms.

Ohio has a more extensive training requirement than many other states, and it is clear from these unfortunate incidents and others like them in the past, that there is demand for a class that is not so time-intensive. However, as my friend and colleague Jim Irvine writes, "There are many laws that Buckeye Firearms Association is working to change, but it is critical that we follow the laws that are on the books. It does not matter if we like or dislike a law. It does not matter if we think it's a good or a bad law. All that matters is that it is a law, and we follow it. When something like this happens, it puts all CHL holders, and all gun owners, in a bad light. It is unfortunate that the acts of a few people can damage such a large segment of society, but that is the political reality of such reckless behavior."