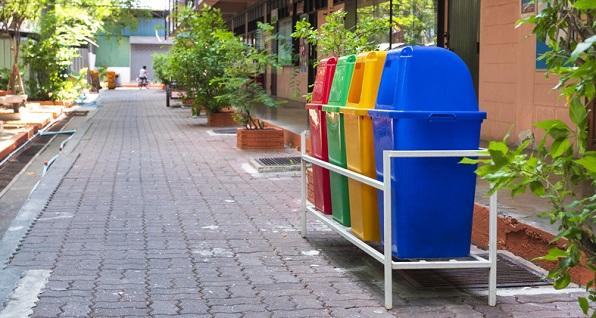 There is a central hypocrisy at the heart of the gun control effort. High-profile gun control-supporting politicians, the Hollywood elite, and billionaire tycoons, will advocate to strip ordinary Americans of their right to defend themselves and their family, all the while enjoying the security that armed men with guns provide. As Hunter Biden’s 2018 firearm incident shows, this hypocrisy extends even to incidents where a high-profile individual has taken the step of procuring their own firearm. The message from these elites could not be clearer: Gun laws are only for the little people.

For those who have yet to learn of Hunter’s escapades in firearm ownership, according to a report from Politico, the troubled son of the president purchased a .38-caliber revolver from a Delaware Federal Firearms Licensee (FFL) on October 12, 2018. In order to acquire the gun, Hunter filled out the required BATFE Form 4473. On October 23, Hallie Biden, widow to Joe Biden’s son Beau and then-companion to Hunter, searched the ne’er-do-well’s truck, which was parked at her home in Wilmington, Del., and found the handgun. Apparently fearing for Hunter’s safety, Hallie wrapped the revolver in a shopping bag and threw it into a trash receptacle outside nearby gourmet grocery store Janssen’s Market – which is located across the street from the campus of Alexis I. du Pont High School.

Later that day, after Hunter told Hallie to retrieve the firearm, Hallie returned to where she had disposed of the gun but could not find it. At this point law enforcement was notified of the missing firearm, prompting an investigation that reportedly involved the Delaware State Police, the United States Secret Service, and the Federal Bureau of Investigation.

As it happens, between Hallie’s disposal of the firearm and her return to the market, a man who routinely searches the store’s trash receptacles for recyclables recovered the firearm. This man returned the revolver a few days after finding it.

According to Politico, prior to the firearm’s return a pair of Secret Service agents visited the FFL where Hunter purchased the firearm in an attempt to obtain the corresponding Form 4473.

Secret Service agents approached the owner of the store where Hunter bought the gun and asked to take the paperwork involving the sale, according to two people, one of whom has firsthand knowledge of the episode and the other was briefed by a Secret Service agent after the fact.

As has been made clear in a previous item regarding this incident, NRA does not allege that Hunter or Hallie engaged in any criminal conduct. However, Hunter and Hallie’s conduct give rise to several legal questions.

Hunter was discharged from the U.S. Navy Reserve in 2014 after he tested positive for cocaine. Further, at various times, Hunter has been a notorious and admitted drug user. Hunter’s lengthy battle with drugs has been chronicled by himself and the Biden family in numerous interviews and a forthcoming memoir titled, “Beautiful Things.”

An April 1, 2020 USA Today piece on Hunter’s memoir contained the following summary of some of its contents,

In the spring of 2018, he used his "superpower – finding crack anytime, anywhere" – in Los Angeles. At one point, a dealer pointed a gun at his head before he realized Biden was looking for drugs.

He later learned how to cook drugs and spent a lot of time with thieves, addicts and con artists. "I never slept. There was no clock. Day bled into night and night into day," he writes.

The situation grew out of control. "I was smoking crack every 15 minutes," he writes.

Biden returned to the East Coast in the fall of 2018, again wanting to get better, though that didn't happen.

Eventually, his family tried to stage an intervention. "I don't know what else to do," Joe Biden told him. "I'm so scared. Tell me what to do." His son replied: "Not (expletive) this."

It wasn't until he met now-wife Melissa Cohen in Los Angeles – whom he married after only a week of knowing – that he got sober again. They told each other they loved each other on their first date; she had the same eyes as Beau, he writes. She championed his sobriety and dumped out his crack.

It is illegal for a person “who is an unlawful user of or addicted to any controlled substance” to possess a firearm. Possession of a firearm by a prohibited person is punishable by up to 10 years imprisonment.

In order to purchase a firearm from an FFL, a buyer must fill out a Form 4473. The form asks, “Are you an unlawful user of, or addicted to, marijuana or any depressant, stimulant, narcotic drug, or any other controlled substance?” Hunter answered “no” to this question.

Janssen’s Market is located less than 250 yards from the campus of Alexis I. du Pont High School.

As a U.S. senator, Joe Biden was a key proponent of the federal Gun-Free School Zones Act of 1990. The initial version of this unconstitutional and unwise policy was struck down by the U.S. Supreme Court in U.S. v. Lopez. A later, similarly constitutionally dubious, version remains on the books.

(A) It shall be unlawful for any individual knowingly to possess a firearm that has moved in or that otherwise affects interstate or foreign commerce at a place that the individual knows, or has reasonable cause to believe, is a school zone.

(A) in, or on the grounds of, a public, parochial or private school; or

(B) within a distance of 1,000 feet from the grounds of a public, parochial or private school.

(i) on private property not part of school grounds;

(II) in a locked container, or a locked firearms rack that is on a motor vehicle;

(iv) by an individual for use in a program approved by a school in the school zone;

(vi) by a law enforcement officer acting in his or her official capacity; or

(vii) that is unloaded and is possessed by an individual while traversing school premises for the purpose of gaining access to public or private lands open to hunting, if the entry on school premises is authorized by school authorities.

Maybe Hallie had a Delaware License to Carry a Concealed Deadly Weapon or placed the firearm in a locked container while she brought the gun to the store. However, a reasonable person might wonder whether an individual who would throw a handgun wrapped in a shopping bag away in a publicly accessible trash receptacle, would comport their conduct within these narrow exceptions while traversing the public roadways to Janssen’s Market.

If Hunter and Hallie are guilty of any illegal conduct, it’s difficult to fault the pair for ignoring the potential legal ramifications of their actions. After all, these gun control measures were not designed to be followed by well-connected elites like them.

This point is underscored by the Secret Service’s alleged involvement in the case. Rather than having their conduct scrutinized by federal law enforcement, if the Politico report and Hunter’s contemporaneous text messages are to be believed, the federal government tried to cover up for the prominent pair.

As well-protected politicians and their establishment allies push for new gun controls, ordinary law-abiding Americans should know that these hypocrites have no intention of parting with their own elaborate security measures or being otherwise inconvenienced by the burdens they foist upon the rest of us.