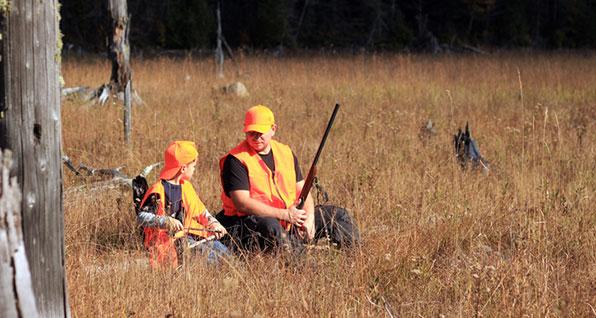 Hunting is under attack, and we must respond

Life is all about change, and we as hunters know this well.

COVID-19 is just the latest example of an external factor which has forced changes in our lives. It isn’t the first, and it won’t be the last. Regardless, as we learn to adapt to new routines, laws, habits, environments, and people due to changes influenced by things like disease, economics, politics, jobs, or families I want us to remember what must never change – our commitment to hunting and to each other as hunters.

“All warfare is based on deception.” – Sun Tzu, The Art of War

Now more than ever we are faced with the threat of extinction through the proven tactic of division facilitated by divisive behaviors both external and internal to our hunting and shooting communities. Adversaries to hunting, and to the shooting sports in general, are not only interested in fighting us alone, but also in serving as a catalyst for us to fight each other.

“If his forces are united, separate them.” – Sun Tzu, The Art of War

They are counting on us to change from a loyal, noble, and compassionate group which both looks after and polices our own to one which turns on each other by finding and exploiting differences, promoting indifference about morals, values, and by questioning our very need for and validity of our American freedoms.

“Rouse him and learn the principle of his activity or inactivity. Force him to reveal himself, to find out his vulnerable spots.” - Sun Tzu, The Art of War

Our most cunning adversaries don’t want us to run away, and they certainly don’t want us to fight. No, what they want is for us to choose isolationism from the rest of American culture while, person by person, town by town, county by county, and state by state they spread their intolerance of individualism, promotion of moral condemnation, and cloak of hypocrisy for things like animal welfare, fiscal responsibility, natural resource sustainability, and freedoms. They want us distracted or worse, indifferent, while they grow until we can no longer fight back or ultimately simply not exist. As such, we cannot sit idle.

“Attack is the secret of defense; defense is the planning of an attack” - Sun Tzu, The Art of War

How do we attack?

First, we must prepare.

Second, we must be well placed.

“Carefully compare the opposing army with your own, so that you may know where strength is superabundant and where it is deficient.” – Sun Tzu, The Art of War

In a world seemingly full of apathy, we must not simply be content to exist. We must grow stronger and more resolved as beacons of our freedoms, natural resource responsibility, and hunting culture. We must introduce ourselves to the non-hunting and shooting communities not just as advocates, but as ambassadors who can build bridges. After all, the point of a bridge is to provide a path to move from one place to another. Ask yourselves, what are we doing to help people come to hunting and shooting? Are we bridges to those who don’t know us – or better yet, don’t like us or are we barriers?

Third, we must lead.

We must lead ourselves, our families, our friends, and our communities. No one is coming to save us. Our fate rests either in our initiative or in our indifference. Choose wisely.

Now more than ever our world is overwhelmed with a lack of leadership in our communities, our businesses, our schools, and yes, our governments. Our communities need us to lead, and we must. To do so, to act, is not a choice any competent American sees as a choice, he or she sees it as a sense of duty.

“When one treats people with benevolence, justice, and righteousness, and repose confidence in them, the army will be united in mind and all will be happy to serve their leaders.” – Sun Tzu, The Art of War

Lastly, we must collaborate.

“Treat your men as you would your own beloved sons. And they will follow you into the deepest valley.” ― Sun Tzu, The Art of War

We must acknowledge the common ground all hunters share and bridge the gaps we have created over the years between seemingly different sects like bow hunters and rifle hunters, people who use dogs to hunt and people who don’t, public land hunters and private land hunters, men and women, and despite it being 2021 I can’t believe I still have to say this – hunters of different cultures, religions, ethnicity, or age.

We must unite our community now or it won’t be long before we are nothing more than a novelty, and then finally a distant memory.

“It is more important to outthink your enemy, than to outfight him.” - Sun Tzu, The Art of War

Here are a few things you can do to get started: If you see a fellow hunter under attack on social media, come to their aide. Next time there is a vote or a meeting on a new local, state or federal anti-hunting regulation, make sure you respond, even if the regulation does not directly affect your particular hunting interest.

Yes, change is inevitable. But if we ignore the changes all around us and abandon our identity as a community the last change we see will be our extinction.