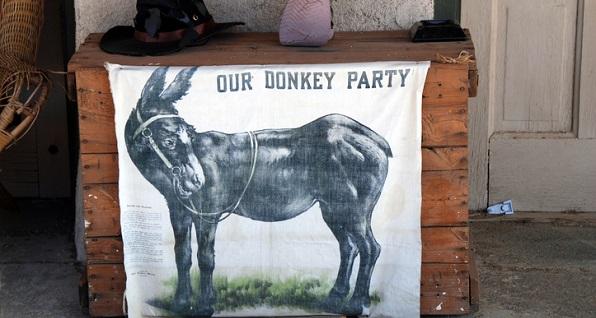 Between presumptive Democratic presidential nominee Joe Biden’s calls for firearm confiscation and the draft Democratic Party Platform, the 2020 Democratic ticket was already shaping up to be the most anti-Second Amendment in history. With Biden’s, or his team of able-minded handlers’, choice of Sen. Kamala Harris (D-Calif.) for the vice presidential slot, the Biden campaign and the Democratic Party have cemented this ignominious distinction.

Biden’s advanced age and visible decline make this vice presidential decision even more concerning. A Harris presidency would be an existential threat to the Second Amendment and gun owners.

As District Attorney of San Francisco, Harris signed on to an amicus curiae brief in the U.S. Supreme Court case District of Columbia v. Heller that argued the Second Amendment does not protect an individual right to keep and bear arms. The Heller case concerned a complete prohibition on the civilian ownership of handguns within the District of Columbia.

Advocating against the individual right to keep and bear arms, the brief argued,

According to the document, the Second Amendment does not protect an individual right, but rather, the lower court in Heller “create[d]”this right. The brief stated,

The lower court’s decision, however, creates a broad private right to possess any firearm that is a “lineal descendant” of a founding era weapon and that is in “common use” with a “military application” today.

Anticipating the U.S. Supreme Court’s move in the next landmark Second Amendment case (McDonald v. Chicago), Harris’s brief reiterated that the Second Amendment right to keep and bear arms should not be incorporated to the states. Had this thinking been adopted, state and local governments would be empowered to curtail or even extinguish gun rights without restraint. State and local governments would have been able to bar their residents from owning any firearms whatsoever.

Harris’s extreme views on the U.S. Constitution were again born out in her votes against President Donald Trump’s pro-Second Amendment nominees for the U.S. Supreme Court. On September 4, 2018, Harris delivered a speech to the Senate where she cited Justice Brett Kavanaugh’s fidelity to the correct interpretation of the Second Amendment as a reason for her opposition to his confirmation.

With this track record, gun owners could expect a president Harris to nominate U.S. Supreme Court justices and lower court judges that share her discredited view of the Second Amendment.

Harris has repeatedly supported a ban on commonly-owned semi-automatic firearms.

The bill would ban the importation, sale, manufacture, transfer, and possession of commonly-owned semi-automatic firearms like America’s most popular rifle, the AR-15. The 1994 ban prohibited firearms capable of accepting a detachable magazine that were equipped with two items from a list of enumerated features –such as a collapsible stock, pistol grip, or threaded barrel. S.66 would prohibit firearms capable of accepting a detachable magazine that have only one of the offending features. Moreover, the list of features has been expanded to target a wider array of firearms.

The bill would also ban the importation, sale, manufacture, transfer, and possession of magazines capable of holding more than 10 rounds of ammunition. This measure would prohibit the standard magazines of the most popular handguns in the country.

However, Harris has made clear that Feinstein’s broad attack on the Second Amendment does not go far enough for her liking. S.66 would grandfather firearms and magazines currently possessed by American gun owners. Harris wants gun confiscation.

At a campaign even in Londonderry, N.H. in early September, then-presidential candidate Harris told reporters that confiscation of commonly-owned semi-automatic firearms was “a good idea.”Elaborating on her support for a compulsory “buyback”program, the senator added, “We have to work out the details -- there are a lot of details -- but I do…We have to take those guns off the streets.”

On the September 16 edition of the “The Tonight Show Starring Jimmy Fallon,”Harris reiterated her support for gun confiscation. During a question and answer session, an audience member asked Harris “Do you believe in the mandatory buyback of quote-unquote assault weapons and whether or not you do, how does that idea not go against fundamentally the Second Amendment?”

The candidate responded “I do believe that we need to do buybacks.”Making clear that she believes Americans’Second Amendment are for sale, the senator added “A buyback program is a good idea. Now we need to do it the right way. And part of that has to be, you know, buy back and give people their value, the financial value.”

In their eagerness to burden gun owners, the Barack Obama administration stretched existing federal law to its limits. In late 2015, White House Deputy Press Secretary Eric Shultz told reporters that Obama “has asked his team to scrub existing legal authorities to see if there's any additional action we can take administratively,”adding, “The president has made clear he's not satisfied with where we are, and expects that work to be completed soon.”Put another way, the Obama administration exhausted the legislative branch’s authority to unilaterally control guns.

Harris has proposed to use executive power to enact gun control in a manner that even the Obama administration understood was illegal.

If Congress fails to send comprehensive gun safety legislation to Harris’ desk within her first 100 days as president – including universal background checks, an assault weapons ban, and the repeal of the NRA’s corporate gun manufacturer and dealer immunity bill – she will take executive action to keep our kids and communities safe

In other words, if Congress refuses to legislate in the manner she demands, Harris would break the law to legislate by decree.

Among her proposed executive actions would be a cap on the number of firearms an individual could privately transact in a year.

a person who devotes time, attention, and labor to dealing in firearms as a regular course of trade or business with the principal objective of livelihood and profit through the repetitive purchase and resale of firearms, but such term shall not include a person who makes occasional sales, exchanges, or purchases of firearms for the enhancement of a personal collection or for a hobby, or who sells all or part of his personal collection of firearms;

This language was explicitly adopted to avoid a numerical cap on the number of firearms an individual could privately transfer, instead focusing on whether the person was engaged in the activity “with the principal objective of livelihood and profit.”Harris’s proposed executive action would violate the clear language of 18 U.S.C. §921.

Harris has also made clear that she intends to abuse ATF’s firearm manufacturer and dealer licensing function to circumvent the Protection of Lawful Commerce in Arms Act and attack the gun industry. Other proposed executive actions include an illegal expansion of the prohibited persons categories and further restrictions on the importation of firearms.

With her rejection of the Second Amendment, advocacy for gun confiscation, and intent to ignore existing firearms law, Harris is a singular and despotic danger to gun owners. Devoid of any respect for the U.S. Constitution, the legislative process, and the rule of law, Harris has proven herself unfit for office.

Gun Control Is Becoming A Core Issue For Democrats