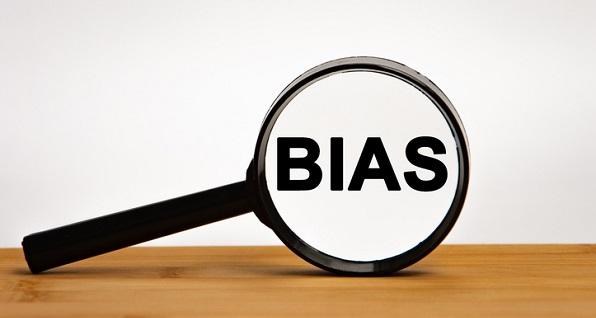 Those who stay involved in the efforts to defend the Second Amendment have always known President Joe Biden is, to put it lightly, no friend to gun owners. During his campaign for the White House last year, the legacy media did everything they could to conceal that fact. The Las Vegas Sun recently revealed that it went so far as to bury an interview with candidate Biden that showed not just his disdain for our right to keep and bear arms, but his utter lack of comprehension of reality.

The interview took place on January 11, 2020, and was published last week—more than one year later—with the paper noting they “felt the interview was worth publishing to give readers a better idea of where Biden will lead the country.” Perhaps it would have been more helpful to their readers to have published the information BEFORE the 2020 election, rather than after, so they actually knew the views of Biden when they cast their ballot for President.

Again, people reading this already knew how anti-gun Biden is, but many others did not. We always thought that one of the purposes of the media was to get information that may not be widely known out to the public, especially when that information may better inform voters about candidates they may be considering supporting.

When seeking the Democrat nomination, Biden and his fellow candidates did everything possible to try to position themselves as the most anti-gun candidate. But after securing the nomination, Biden stopped talking about his anti-gun agenda, and most in the media stopped mentioning it. The Biden-Trump debates didn’t bring up guns, and neither did the vice-presidential debate.

The failure to discuss such an important topic seems odd, considering the Sun’s contention that “public sentiment for (gun control) is growing and support for the NRA is weakening.” If that were true, wouldn’t it be important to note the stark difference between Biden—an avowed anti-gun politician with a decades-long record of opposing the Second Amendment—and Donald Trump—a strong supporter of the right to keep and bear arms?

The truth is, most Americans do not believe in Joe Biden’s agenda of targeting lawful gun owners, and the media knows it. That’s most likely the reason this Sun interview didn’t see the light of day until now.

It may also explain why anti-gun lobbying groups spent millions on electing candidates while rarely actually mentioning gun control, until they got called out on it.

So, what would the LV Sun interview have revealed to voters—especially those in a battleground state like Nevada?

Right at the start, Biden’s delusion shows through, as he continues to repeat the fantasy that he is the only reason Congress passed the Brady Bill and ban on so-called “assault weapons” in the early ‘90s.

“I’m the guy who got the Brady Bill up and passed and expanded, No. 1,” Biden claimed. “No. 2,” he continued, “I was able to include an assault weapons ban and the number of rounds that could be held in any magazine.” It’s as if then-Senator Biden was in charge of the Senate (he was not) and was the lone voice calling for such restriction (again, he was not).

Yes, he worked against law-abiding gun owners on those two measures, but there were plenty of anti-gun Senators who helped ram the bills through—who then sat back and watched as the 1994 mid-term elections saw control of the House and Senate flip in one of the worst mid-term thrashings a party that held the White House and both chambers of Congress has ever seen.

But Biden’s delusions didn’t stop with his belief that he alone is capable of passing anti-gun bills. He also claimed in this year-old interview, “An overwhelming majority of NRA members thought we should do away with assault weapons.”

Of course, only NRA knows who are its members, so only NRA is capable of gauging what its members do and do not support. Biden’s claim, quite simply, is just his personal fantasy, based on nothing more than what he would like people to believe.

When speaking of what he supports, though, the interview does become quite revealing.

He still wants to ban the standard-capacity magazines that come with most new semi-automatic firearms, but he says the old anti-gun standard of limiting capacity to 10 rounds is still “too much in my view.” Who knows what isn’t “too much” for Joe? We know he has alluded to limits of three rounds, but he may even be open to just one round.

He also mentioned the alternate reality where he believes “we have the capacity now to build any weapon where it can only be fired with your biometric marker.” While he probably meant capability, not capacity, the fact is that such technology is only available in Hollywood, and only on the big screen. He does mention dealing with people in Silicon Valley to, apparently, support his claim. And while those developers have made great strides in computers, we have yet to see them develop any firearms—other than those virtual ones you might see while gaming.

If Silicon Valley is able to develop firearm technology that the public wants, that’s great. Biden accurately notes that developing such “biometric marker” technology doesn’t infringe on the Second Amendment. Allowing the public access to such things is not a problem, but the President went on to imply that he would mandate these types of guns—if they are ever a reality—be all that would be allowed, stating, “If you pass the background check, you can purchase a weapon which only you can pull the trigger.”

Look, as good as the R&D people in Silicon Valley are, people who own firearms for the purpose of defending their lives and those of their loved ones may take pause before deciding the latest pistol from Microsoft or Apple is their best choice. One need only to think back to the last time your computer crashed, or failed to boot up, before determining something from an actual gun maker might be a bit more reliable when lives are at stake. Mandating such technology, if it is ever actually developed, would clearly violate the Second Amendment.

Joe went on to reveal how he intends to pass his anti-gun proposals; he wants to hide it in larger bills that legislators may feel forced to support. In other words, Biden admits that he cannot pass gun control as a standalone measure, which certainly undermines the Sun’s claim of “growing” public support for gun control. Then again, maybe it just points out the fact that there might very well be “growing” support, but the growth is small, and the vast majority of Americans still don’t think restricting law-abiding gun owners is what Congress (or Biden) should do if they want to address the problem of violent crime. Perhaps the Sun should have made this scheme a little more public, so voters could decide if this type of political arm-twisting was what they wanted out of the candidate they decided to support.

Finally, but perhaps most importantly, Biden makes it clear that he intends to try to cripple the firearms industry under crushing legal fees by repealing the Protection of Lawful Commerce in Arms Act (PLCAA). While this has always been part of his agenda, the media didn’t talk about it much prior to the 2020 election. Thanks to the Sun burying this year-old interview, many Nevada voters were likely unaware of this aspect of Biden’s anti-gun scheme.

Biden lied about the PLCAA, as he often does, claiming it exempts the firearms industry from being sued. It does nothing of the sort, but Biden keeps saying it, and his supporters in the media never question him about it.

So, Biden told the Sun in January 2020 that he wants to ban most commonly-owned magazines and limit their capacity to fewer than 10 rounds, and perhaps as few as three rounds, or even one; he wants to cripple gun manufacturers under the burden of expensive, meritless lawsuits; he wants to mandate only firearms equipped with technology that does not exist be lawful for sale in America; and he wants to do all this through secretive backroom deals on larger legislative packages that might force reluctant, relatively pro-gun lawmakers to betray their constituents.

And the Las Vegas Sun decided to sit on this information for a year.

A battleground state that wasn’t called for Biden until several days after Election Day.

A state where more than 160,000 background checks for firearm purchases were conducted through the first week of November 2020—a new annual record with nearly two months still to be tallied.

It’s no wonder the public’s trust of the media is so low.

Whether it’s through legislative bullying, executive action, anti-gun cabinet nominees, or attacking NRA and its members, there is little doubt that Joe Biden will do everything he can to eviscerate the Second Amendment.

Perhaps the legacy media might find those attempts newsworthy.