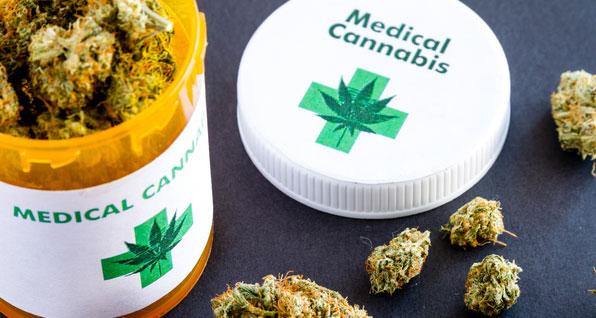 House Bill 523, passed on September 8, 2016, legalized medical marijuana in Ohio. The Ohio Medical Marijuana Control Program will allow residents of the state with certain qualifying conditions, and a recommendation from a physician, to register with the State of Ohio Board of Pharmacy for a patient ID card.

State agencies are still working on how to administer the program, but medical marijuana patient ID cards will be available no later than September 2018.

The question is, how does this affect gun rights in Ohio? The answer seems to be, if you use marijuana, you lose your gun rights regardless of state law.

Here's the problem: while the state has made medical marijuana legal in Ohio, federal law continues to list marijuana as a Schedule I controlled substance. That means marijuana users can't even possess guns legally.

In 2011, BATFE sent a letter to U.S. gun dealers that took a firm stance on the issue:

The Bureau of Alcohol, Tobacco, Firearms and Explosives (ATF) has received a number of inquiries regarding the use of marijuana for medicinal purposes1 and its applicability to Federal firearms laws. The purpose of this open letter is to provide guidance on the issue and to assist you, a Federal firearms licensee, in complying with Federal firearms laws and regulations.

A number of States have passed legislation allowing under State law the use or possession of marijuana for medicinal purposes, and some of these States issue a card authorizing the holder to use or possess marijuana under State law. During a firearms transaction, a potential transferee may advise you that he or she is a user of medical marijuana, or present a medical marijuana card as identification or proof of residency.

As you know, Federal law, 18 U.S.C. § 922(g)(3), prohibits any person who is an "unlawful user of or addicted to any controlled substance (as defined in section 102 of the Controlled Substances Act (21 U.S.C. 802)" from shipping, transporting, receiving or possessing firearms or ammunition. Marijuana is listed in the Controlled Substances Act as a Schedule I controlled substance, and there are no exceptions in Federal law for marijuana purportedly used for medicinal purposes, even if such use is sanctioned by State law. Further, Federal law, 18 U.S.C. § 922(d)(3), makes it unlawful for any person to sell or otherwise dispose of any firearm or ammunition to any person knowing or having reasonable cause to believe that such person is an unlawful user of or addicted to a controlled substance. As provided by 27 C.F.R. § 478.11, "an inference of current use may be drawn from evidence of a recent use or possession of a controlled substance or a pattern of use or possession that reasonably covers the present time."

ATF is committed to assisting you in complying with Federal firearms laws. If you have any questions, please contact ATF's Firearms Industry Programs Branch at (202) 648-7190.

1The Federal government does not recognize marijuana as a medicine. The FDA has determined that marijuana has a high potential for abuse, has no currently accepted medical use in treatment in the United States, and lacks an accepted level of safety for use under medical supervision. See 66 Fed. Reg. 20052 (2001). This Open Letter will use the terms "medical use" or "for medical purposes" with the understanding that such use is not sanctioned by the federal agency charged with determining what substances are safe and effective as medicines.

So according to the BATFE, if you use marijuana, you can't legally ship, transport, receive or possess firearms or ammunition. Period. State law doesn't matter.

While this seems clear to those who pay close attention to such legal technicalities, it probably won't be clear to many casual gun owners. Most will only know that marijuana is legal in Ohio, and it will never occur to them that they are violating federal law if they choose to participate in the medical marijuana program.

For example, the letter above mentions question 11.e. on ATF Form 4473. This is the form you fill out when you purchase a firearm and it is used to conduct a background check. It asks:

Are you an unlawful user of, or addicted to, marijuana or any depressant, stimulant, narcotic drug, or any other controlled substance?

You may think that since Ohio has made marijuana legal, you can answer "no." And if you're like me, and you fill out this form frequently, you may just quickly check "no" on all the legal questions without reading them. Which means you'll probably miss the warning that was added to this question earlier this year:

Warning: The use or possession of marijuana remains unlawful under Federal law regardless of whether it has been legalized or decriminalized for medicinal or recreational purposes in the state where you reside.

From long experience, I know that people don't read carefully, and a certain number of gun owners are going to provide false information on this form and unknowingly become felons. This exposes you to felony charges under federal law, punishable with prison time and/or a hefty fine.

It's difficult to predict how the medical marijuana vs. guns issue will play out. In some states, such as Hawaii, enforcement may be strict. According to the Miami Herald, The Honolulu Police Department has been sending letters to legal users of medicinal weed, telling them to surrender their guns within 30 days. However, other states, such as Ohio, may take a softer approach. According to Ohio Board of Pharmacy spokesman Cameron McNamee, only qualified doctors will have access to the Ohio medical marijuana patient registry. Dayton Daily News is reporting that the National Instant Criminal Background Check System (NICS) won’t include this data.

Regardless, with 29 states and the District of Columbia legalizing medical marijuana, there is bound to be confusion over the issue. And no matter how you may feel about it, the fact remains that Ohio law and federal law conflict. At this time, guns and pot are like oil and water. Legally, they don't mix.