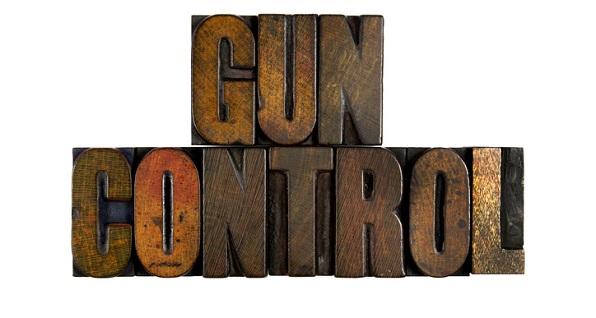 Note: This article was written prior to the 2018 elections. But it is still worth reading for an insight into how far anti-freedom ideologues are willing to go.

After every high profile crime committed with a firearm of any sort, there are always calls for gun control. But one particular proposal this week managed to distinguish itself amid the usual din, if only for its audacity and what it reveals about the mindset of people who wish to disarm their fellow Americans.

In a lengthy article in Washington Monthly, private equity investor William V. Glastris, Jr. pitched a plan under which the federal government would obtain the means of handgun production, ban handgun importation, and target the current private handgun stock with a massive, nationwide “buyback.” The plan’s ultimate goal would be for “the government to significantly lower the supply—and thereby raise the price—of handguns … .”

Glastris admits the proposal is “not modest” but insists “Americans deserve broad, sweeping reforms,” rather than “years of painstaking incrementalism … .” He also dismisses the more conventional gun control agenda of banning semiautomatic rifles and “high capacity” magazines, closing the “gun show loophole,” and imposing categorical prohibitions on certain criminals. “[I[t is hard to argue that these reforms, even if they all went into effect, would do much more than put a modest dent in the problem,” Glastris writes.

There will come a time, Glastris speculates, when “Democrats control both the White House and Congress.” He continues, “When that moment arrives, wouldn’t it be better if, instead of debating marginal fixes, there were new ideas on the table to actually address the root of the problem by substantially reducing the number of guns in circulation?”

Of course, there have been other “visionaries” who have dreamed of common ownership of the means of production. Karl Marx and Vladimir Lenin come to mind.

And while Glastris is admittedly limiting his proposal only to the means of producing handguns, it still suffers from the inherent problems that have doomed similar ideological projects throughout history.

Glastris argues that his plan could be implemented “without infringing on Americans’ right to bear arms,” yet the whole point is to reduce the availability and raise the price of what the U.S. Supreme Court has called “the quintessential self-defense weapon.” If the same plan were implemented with regard to books, no one would dare claim that it did not violate the First Amendment.

It would also discriminate against the poor, who often live in the areas where police protection is stretched the thinnest and the need for self-defense may be especially acute.

Needless to say, the proposal would inevitably generate a massive federal registry of handgun purchasers, and with government controlling production, bureaucrats could require “safety” features long coveted by those who hate guns and shunned by those who actually own and use them. Besides “smart gun” gadgets that supposedly limit firing to “authorized users,” these could conceivably include monitoring or even remote override “features” that would give the government ultimate veto power over the gun’s use.

There is also the risk of corruption inherent in any government-run rationing scheme. This is a regular feature of regimes under which the government treats access to handguns as a state-granted privilege, rather than a fundamental right. Look no further than New York City, which has seen multiple prosecutions in recent years related the city’s pay-to-play issuance of handgun licenses.

Leave it to a left-leaning private equity investor to assume that Americans’ fundamental rights are merely one more type of commodity that can be bought and sold in a highly-manipulated market. Of course, left-leaning oligarchs regard American democracy itself that way, as something that can be had for a price and then used to suit their personal ends and preferences. And, they’ve spent heavily to ensure their chosen party controls Congress after November 6 and will no doubt be expecting a return on their investment in the form of public policy that meets their approval.

Gun owning Americans will have the chance to prove them wrong this Election Day.

And every firearm owner should go to the polls understanding the gun grabbers are dreaming big.

Big enough even to suggest one of history’s most destructive and sinister political and economic ideologies as the template for civilian disarmament.