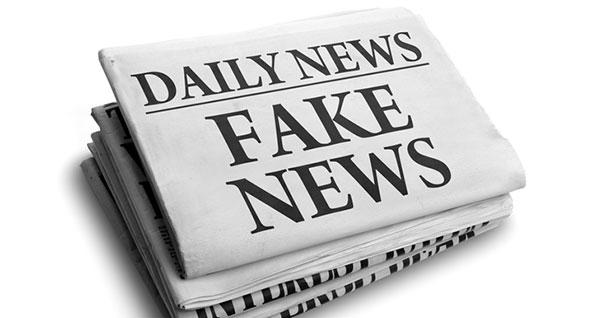 It’s time once again for that lamest of all biennial traditions – the publication of a lengthy New York Times or Washington Post opinion piece disguised as news that commiserates about the purportedly beleaguered state of the ever-so valiant Bureau of Alcohol, Tobacco, Firearms and Explosives (ATF). As if taking direction directly from the Democratic National Committee, the institutional gun control organizations, or the Biden administration, this year’s version was timed to coincide with the release of Joe Biden’s administrative gun controls and his nomination of Bloomberg-backed gun control lobbyist David Chipman to lead ATF.

However, the paper’s chief complaint is that dastardly pro-gun forces are inhibiting ATF from creating a quasi-gun registry from out-of-business dealer records.

Federal law requires those who purchase a firearm at a gun dealer to fill out a form 4473. This record of the firearm transfer is then stored by the dealer on their premises. This creates a system whereby if a gun is found at a crime scene ATF can trace the firearm to the last retail purchase. However, since the records are stored with each FFL, the system is decentralized in a manner that protects against government abuse of gun owner data.

Gun dealers are required to maintain 4473s for 20 years. When a dealer goes out of business they must send their last 20 years of records to ATF’s National Tracing Center to facilitate firearm traces.

The gun lobby, led by the National Rifle Association, has for years systematically blocked plans to modernize the agency’s paper-based weapons-tracing system with a searchable database. As a result, records of gun sales going back decades are stored in boxes stacked seven high, waiting to be processed, against every wall.

The paper records, which must be fed by hand into scanning machines to be stored as visual images, represent three distinct layers of dysfunction: the lack of a modern online filing portal, the prohibition against allowing records to be input as searchable data — so they would not have to be scanned like old family photos — and the failure of Congress to fund enough people to process the information as quickly as it comes in.

What the New York Times leaves out is that NRA and the gun owners it represents have every reason to oppose the creation of a searchable database that would contain a significant portion of the data on firearms and firearms owners throughout the country. Such a system would amount to a partial firearm registry. And as all gun rights supporters and gun control advocates know, firearm registries facilitate firearms confiscation.

This understanding was at the heart of the debate over the Gun Control Act of 1968. In 1985, Sen. James McClure (R-Idaho) explained, “The central compromise of the Gun Control Act of 1968—the sine qua non for the entry of the Federal Government into any form of firearms regulation was this: Records concerning gun ownership would be maintained by dealers, not by the Federal Government and not by State and local governments.”

The concern over government abuse of gun ownership data is well-founded, as firearm registration has already been used to confiscate the firearms of law-abiding Americans.

In 1967, New York City enacted a law requiring the registration of rifles and shotguns. In 1991 the city banned many semi-automatic firearms. As New York City already possessed a registry of firearms and their owners, the city notified the owners that their newly illegal firearms must be removed from the five boroughs (not a realistic option for many people of lesser means), permanently disabled, or relinquished to the authorities. This scenario played out again in 2013, when the NYPD sent out another round of letters to New York City gun owners, once again demanding the removal, destruction, or surrender of legally registered firearms made illegal by a subsequent law.

Moreover, there is no need to speculate about how ATF’s tracing bureaucracy could be martialed against guns owners – it already has been.

any type of weapon by whatever name known which will, or which may be readily converted to, expel a projectile by the action of an explosive or other propellant, the barrel or barrels of which have a bore of more than one-half inch in diameter, except a shotgun or shotgun shell which the Secretary finds is generally recognized as particularly suitable for sporting purposes

Such items are subject to an onerous taxation and registration regime. It should be noted that the validity of federal law’s so-called “sporting purposes tests” is in doubt following the U.S. Supreme Court’s recognition of the individual right to keep and bear arms for self-defense in District of Columbia v. Heller.

In February 1994, Treasury Secretary Lloyd Bentsen (ATF was then under the Department of the Treasury) announced the reclassification of three models of shotgun as destructive devices. Under Bentsen’s view, the Striker 12/Streetsweeper and USAS-12 shotguns were not “generally recognized as particularly suitable for sporting purposes” and thus met the definition of “destructive devises.” Up until this point, these shotguns had been sold in the same manner as any non-NFA firearm.

In a press release announcing the reclassification, ATF explained how they intended to enforce the new ruling,

ATF will be working with the manufacturers and federally licensed firearms dealers to determine who owns these weapons. All owners will be receiving a notice from ATF with instructions on registering the weapons. Owners will be given 30 days from the time the receive ATF’s notice to register the weapons without payment of the transfer tax. Any weapons not registered within that time will be subject to seizure and forfeiture, and the owner could be subject to a criminal fine of up to $250,000, or up to 10 years in jail, or both.

This is sometimes referred to as a forward trace. Rather than working from a gun found at a crime scene, ATF went to the manufacturers of the newly-restricted firearms and then followed the paper trail forward to the 4473 of the lawful purchasers.

In this instance, gun owners who had complied with the law when purchasing their shotgun were forced to register themselves with the government or forfeit their firearm. It is easy to see how a digitized searchable firearm tracing database/registry would help to facilitate the further harassment of law-abiding gun owners or even gun confiscation.

During an August 5, 2019 CNN interview, Biden had the following exchange with host Anderson Cooper when asked about firearm confiscation:

At a campaign event in Londonderry, N.H. in September 2019, then-presidential candidate Harris told reporters that confiscation of commonly-owned semi-automatic firearms was “a good idea.” Elaborating on her support for a compulsory “buyback” program, the senator added, “We have to work out the details -- there are a lot of details -- but I do…We have to take those guns off the streets.”

Biden’s anti-gun pick to lead the ATF has advocated for treating owners of commonly-owned semi-automatic firearms like the AR-15 in the same manner that ATF treated the owners of the Striker 12 and USAS-12 shotguns. In a Reddit “Ask Me Anything” post, Chipman remarked “I believe we should ban the future production and sale to civilians and afford current owners of these firearms the ability to license these particular guns with ATF under the National Firearms Act.”

It is difficult to take the New York Times’s and ATF’s lamentations over the tracing center at face value considering there was nary a peep from either concerning allegations of a recent high-profile attempt to undermine the agency’s tracing regime.

According to a report from Politico, on October 12, 2018 President Biden’s son Hunter Biden was involved in a bizarre incident involving a .38-caliber revolver. The article stated that Hunter’s then-girlfriend took the renowned drug addict’s .38-caliber revolver out of his truck and disposed of it in a trash receptacle outside a grocery store in Delaware. When Hunter later tasked his girlfriend to retrieve the gun, it was nowhere to be found.

Politico noted that in the ensuing chaos regarding the missing revolver,

Secret Service agents approached the owner of the store where Hunter bought the gun and asked to take the paperwork involving the sale, according to two people, one of whom has firsthand knowledge of the episode and the other was briefed by a Secret Service agent after the fact.

Surely anyone with actual concern about the integrity of the records that comprise ATF’s tracing regime would be interested with whether wayward federal law enforcement agents were roaming the countryside altering firearm transaction records on behalf of the politically-connected. New York Times readers should expect to see the 2023 edition of the paper’s ATF sob story before any in-depth coverage of this inconvenient news item.