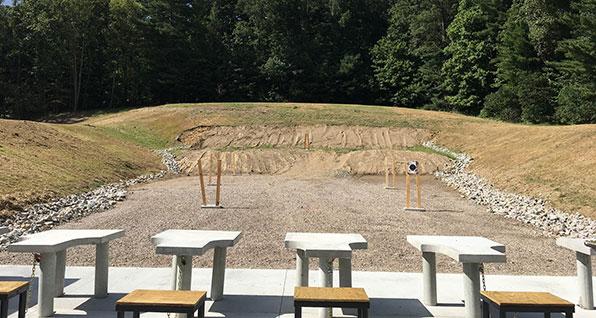 “We deeply appreciate President Trump’s swift enactment of this legislation that will give state fish and game agencies greater flexibility to build new recreational shooting ranges and expand and improve existing ranges,” said Lawrence G. Keane, NSSF Senior Vice President and General Counsel. “This administration understands the value and investment the firearms and ammunition industry makes to safe recreational shooting and to sustained conservation to benefit wildlife and habitat restoration across the United States. Public shooting ranges provide hunters a place to sight in rifles and pattern shotguns before hunting seasons, for people to take firearm safety and hunter education courses and for recreational target shooters to enjoy their sport.”

The “Range Bill” has been a sustained-effort priority for NSSF and is a crucial step forward in promoting, protecting and preserving hunting and the shooting sports. In the course of more than a decade, versions of the bipartisan legislation were introduced as 29 different numbered bills and 15 separate legislative packages, starting with the 110th Congress. While it had broad support from both Republicans and Democrats in both the U.S. House of Representatives and U.S. Senate, previous attempts to pass the legislation were derailed for reasons unrelated to the actual legislation.

The Target Practice and Marksmanship Training Support Act, also known as the “Range Bill,” allows states to use their Pittman-Robertson Fund allocations to begin construction of new ranges, or improve existing state-run public recreational shooting ranges. Prior to this law’s enactment, states were required to put up 25 percent of the cost of range construction projects to access the matching 75 percent of Pittman-Robertson funds. Now, states can access those funds with a 10 percent match and will have five fiscal years to acquire land for range construction or expansion projects.

Pittman-Robertson funds are derived from an excise tax paid by firearms and ammunition manufacturers. Since 1937, the fund has generated more than $12.5 billion funding wildlife conservation and safety education programs in all 50 states. NSSF estimates more than 80 percent of Pittman-Robertson excise tax contributions are generated by sales attributed to recreational shooting. This means today’s recreational target shooter is an overwhelming contributor to conservation through excise tax support.

A recurring concern of recreational shooters, and those considering entering the sport, is proximity and access to a safe range. This new law would make it easier for states to enable recreational target shooters to enter the sport, which in turn would generate continued contributions to Pittman-Robertson funds and the conservation programs which it supports.

The National Shooting Sports Foundation is the trade association for the firearms industry. Its mission is to promote, protect and preserve hunting and the shooting sports. Formed in 1961, NSSF has a membership of thousands of manufacturers, distributors, firearms retailers, shooting ranges, sportsmen’s organizations and publishers nationwide. For more information, visit nssf.org.