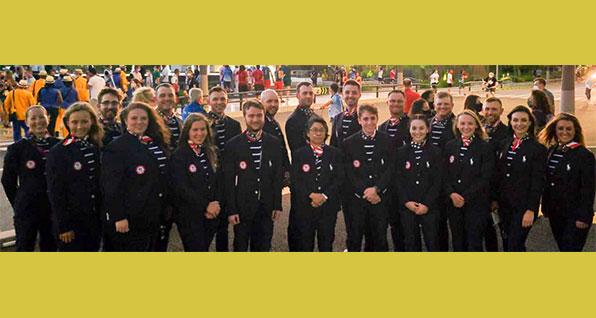 NEWTOWN, Conn. — By capturing six medals at the 2020 Summer Olympic Games in Tokyo, USA Shooting equaled its best performance since the 1964 Tokyo Olympics—an achievement that NSSF®, the trade association for the firearm industry, is proudly celebrating in a full page ad in a recent edition of USA Today. 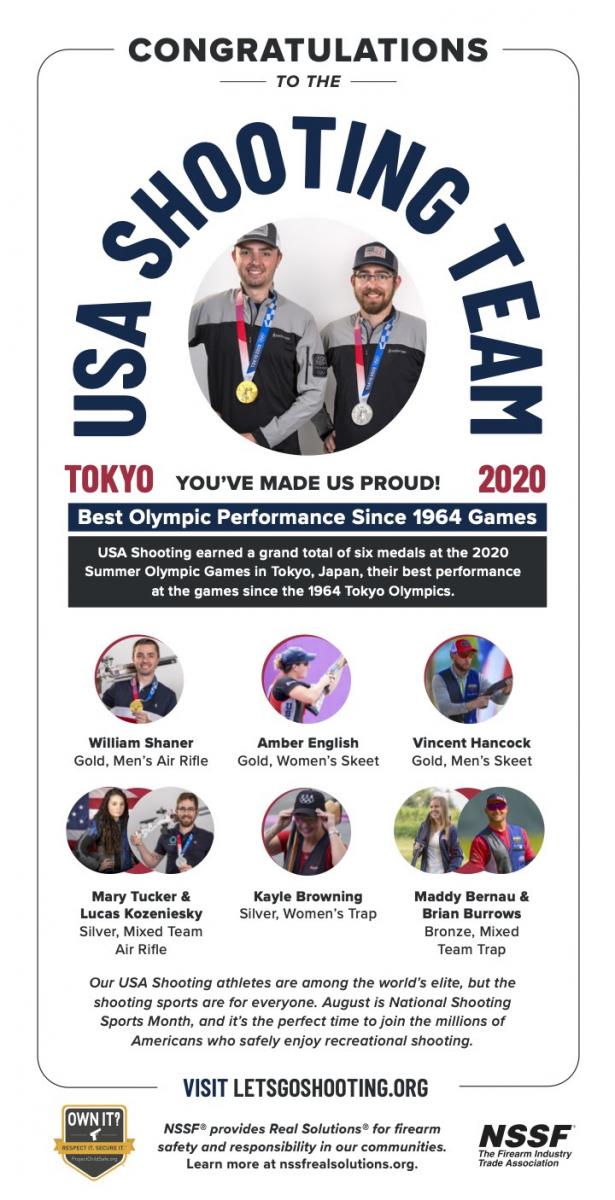 “We are extremely proud of the eight USA Shooting athletes who combined to win six medals against the stiffest competition in the world,” said Joe Bartozzi, NSSF’s President and CEO. “The USA Shooting team members are superbly skilled and well-conditioned athletes, but we want everyone to know that the shooting sports can be enjoyed by everybody.”

The ad is headlined “Congratulations to the USA Shooting Team—You’ve Made Us Proud!

“Our athletes emerged from the yearlong postponement and COVID lockdowns stronger than ever. Looking past the six medals won in Tokyo, we are also celebrating an additional seven top 10 finishes. We couldn’t be more excited about the future of USA Shooting and our National Team,” said Matt Suggs, CEO of USA Shooting.

Bartozzi noted that the shooting sports are safe, fun activities enjoyed by more than 56 million Americans. Opportunities to give target shooting a try are provided through shooting ranges and firearm retailers throughout the country.

The ad and companion video highlight that August is National Shooting Sports Month®. This appreciation month was developed by NSSF to encourage target shooters to head out to their local shooting range for a day of fun and to invite a newcomer to come along to take their first shots. To learn more about National Shooting Sports Month and to find where to go target shooting, visit letsgoshooting.org.

The National Shooting Sports Foundation is the trade association for the firearm industry. Its mission is to promote, protect and preserve hunting and the shooting sports. Formed in 1961, NSSF has a membership of thousands of manufacturers, distributors, firearm retailers, shooting ranges, sportsmen’s organizations and publishers nationwide. For more information, visit nssf.org.