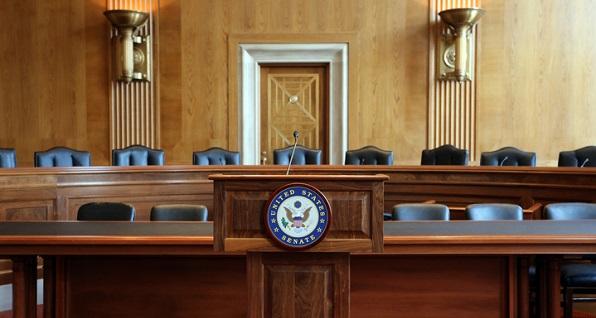 Fox News is reporting that Ohio Attorney General Dave Yost (R) has joined attorneys general from 20 states by sending a letter to the Senate on Tuesday, calling on lawmakers to reject David Chipman, President Biden’s nominee for the Bureau of Alcohol, Tobacco, Firearms and Explosives (ATF), over his affiliations with gun control organizations.

"The Second Amendment is the cornerstone of the Bill of Rights," the letter, sent to Senate Majority Leader Chuck Schumer, Minority Leader Mitch McConnell, Sen. Chuck Grassley and Sen. Dick Durbin, opened. "It guarantees our natural God-given right to defend our lives, our families, our property, and our freedom. The confirmation of David Chipman to head the Department of Justice’s Bureau of Alcohol, Tobacco, Firearms and Explosives ("ATF") is an attack on that right and on the millions of law-abiding gun owners across the country."

In the letter, the attorneys general explain that Chipman is "unfit" to lead the agency because of his "extreme positions on commonly owned firearms" and involvement with "anti-gun organizations."

Chipman is a 25-year veteran of the agency and currently works as a policy adviser at Giffords, a gun-control advocacy group, according to NPR. The organization was founded by former Democratic U.S. Rep. Gabby Giffords, who was shot in the head in 2011, and her husband, U.S. Sen. Mark Kelly, D-Ariz.

On Wednesday, May 26, Chipman testified in front of the U.S. Senate Judiciary Committee. In that hearing he told lawmakers he supports a ban on America's most popular rifle, the AR-15 modern sporting rifle.

The National Shooting Sports Foundation (NSSF) has said that it critical that all members of the firearm and ammunition industry, as well as supporters of the Second Amendment, contact their U.S. senators and urge them to oppose Chipman’s nomination to be Director of ATF, including for the numerous reasons highlighted here.

Click here to contact BOTH of your U.S. senators. Choose your state in the drop down menu and their Washington, D.C., office phone numbers will be shown. Please call BOTH senators from your state.