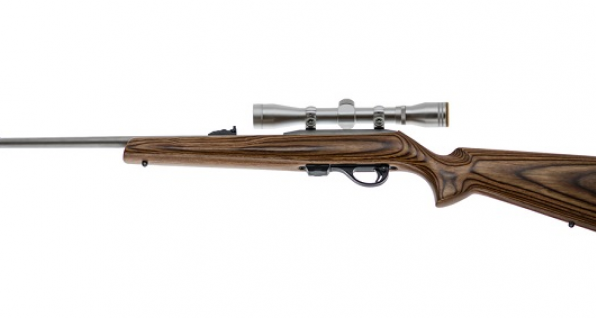 Never shy about taking the "opportunity" of dead children to propose legislation they've wanted anyways, Democrats in the Ohio Senate last week introduced Senate Bill 260 - a bill that seeks to "prohibit a person from knowingly possessing or acquiring an assault weapon and to require the Attorney General to prepare for the establishment of a firearm and ammunition transactions database."

Given that true assault rifles - fully-automatic firearms - are already highly-regulated under both state and federal law, the bill does not address assault weapons at all. Instead, it would more appropriately be named the "Ohio Semi-Automatic Firearm Ban and Gun Registration" Act.

The bill, sponsored by Democrat Sens. Mike Skindell of Lakewood and Charleta B. Tavares of Columbus, defines "assault weapon" as follows:

If the Democrats have their way, even your favorite Ruger 10/22 squirrel-hunting gun or Ruger 22/45 target pistol would be banned.

Fortunately, with the current make-up of the Ohio legislature, this bill stands no chance of passage.

What is of greater concern, however, is the likelihood that pro-Second Amendment legislators will fail to keep their campaign promises to continnue their work to respore our Constitutional right to bear arms for self-defense.

So should you write your state representative and senator about SB 260? Sure. But while you're at it, let them know that you expect them to follow through on their campaign promises to gun owners BEFORE they ask for your vote again this November.