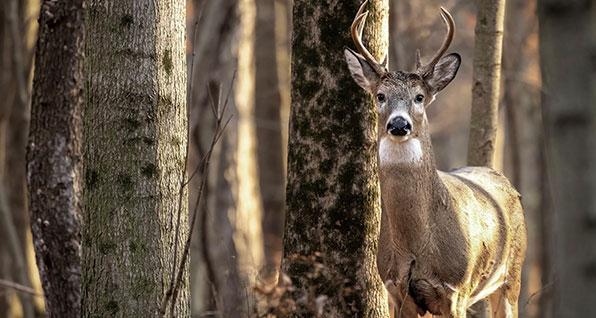 Hunters harvested 71,932 white-tailed deer during the 2022 gun week that concluded on Sunday, Dec. 4, according to the Ohio Department of Natural Resources (ODNR) Division of Wildlife. In the same weeklong period over the past three years, hunters checked an average of 68,534 deer. In 2021, the weeklong number was 70,381. Deer gun season opens again for the weekend of Dec. 17-18.

“Congratulations to all the successful hunters who participated in this year’s weeklong gun season,” said Division of Wildlife Chief Kendra Wecker. “With an additional gun weekend coming up, hunters still have a chance to harvest a deer. Across the gun seasons, millions of pounds of venison provided by hunters will reach the dinner table in time for the holidays.”

Straight-walled cartridge rifles have become more popular since becoming legal for deer gun hunting in 2014. This year, straight-walled cartridge rifles were used to harvest 55% of the deer checked during the seven-day gun season. Shotguns accounted for 38% of the total. In addition, 5% were taken with a muzzleloader, 1% with archery equipment, and less than 1% with a handgun.

All deer harvested in Ohio are required to be checked in the Ohio Wildlife Licensing System. Deer harvest reporting has been required since 1962. This mandatory reporting gives the Division of Wildlife a long-term data set that aids wildlife biologists in monitoring deer health, distribution, and relative abundance. Thus far in the 2022 deer season, 164,589 deer have been checked by archery and gun hunters. Archery hunters have taken 82,729 of those deer (50%). Youth hunters harvested 9,515 deer during the youth gun weekend, Nov. 19-20.

This year, 376,617 deer permits have been sold through Sunday, Dec. 4. Nonresidents have purchased 38,109 hunting licenses, many of them to enjoy Ohio’s terrific deer hunting opportunities. The most popular states that hunters travelled to Ohio from include Pennsylvania (6,969 nonresident licenses), Michigan (4,914), West Virginia (3,546), North Carolina (3,129), and New York (2,870).

Hunting drives $866 million of spending in Ohio each year through the sale of food, equipment, fuel, lodging, and more, according to the Sportsmen's Alliance Foundation's Economic Impacts of Hunting and Target Shooting Technical Report. An estimated 479,000 hunters enjoy the state's excellent outdoor recreation each year. The economic benefits of hunting-related industries translate to 15,500 jobs in Ohio, $68 million in state and local taxes, and $753 million of the state's GDP.

The mission of the Division of Wildlife is to conserve and improve fish and wildlife resources and their habitats for sustainable use and appreciation by all. Visit wildohio.gov to find out more.

ODNR ensures a balance between wise use and protection of our natural resources for the benefit of all. Visit the ODNR website at ohiodnr.gov.