Ohio Attorney General Mike DeWine (R) has released the Concealed Handgun License (CHL) statistics for the first quarter of 2016. It was another record setting year. There are now over a half-million valid Ohio CHLs and Ohio honors an estimated 12,300,000 more. 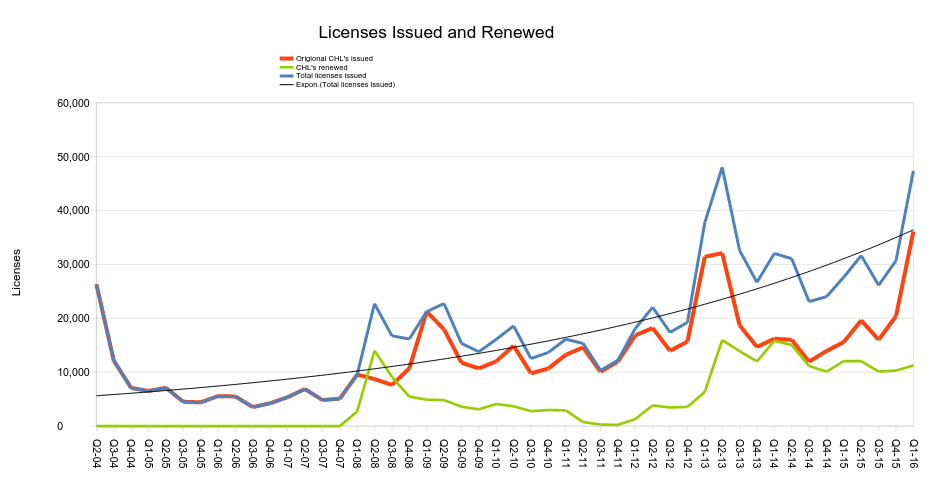 Stats at a glance:

None of this is surprising to Ohio concealed carry instructors who have been swamped with demand for their classes. We were widely criticized for supporting a reduction in required training from 12 to 8 hours. The reason was simple; we wanted more people to get training. The numbers indicate that the new law is working as we intended. 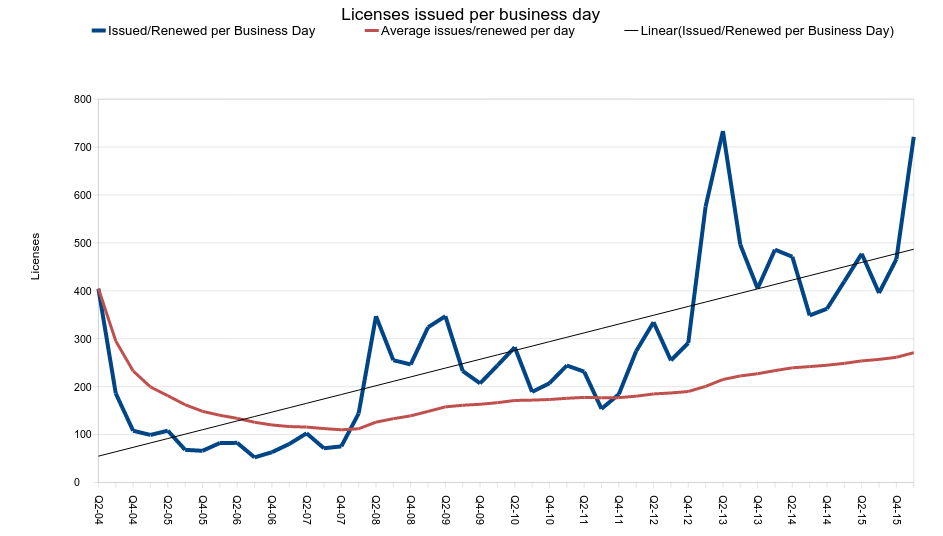 It is always difficult to assign specific reasons for behavior. Certainly the terrorist attacks in Paris, France and San Bernardino, California contributed to people’s interest in being prepared and able to take care of themselves and their families. The terrorist attack at a nightclub in Orlando is likely to spur further demand, as will future attacks.

The two biggest reasons people with a CHL don’t carry their gun are Ohio’s burdensome laws on victim zones (places where a CHL is prohibited from carrying guns) and threat of termination from their employer. HB 48, sponsored by Representative Ron Maag (R), and SB 180, sponsored by Senator Joe Uecker (R), would greatly improve these problem areas. Unfortunately the Ohio legislature has not seen fit to move either of these bills on to Governor Kasich.

Demand continues to support a theory expressed by Professor Brian Anse Patrick, professor at the University of Toledo, that demand has not leveled off, but is increasing over time. Concealed carry used to be mostly hardcore gun owners, but it has become increasingly popular with soccer moms and others who just want to be safe in their everyday lives. It is becoming mainstream. 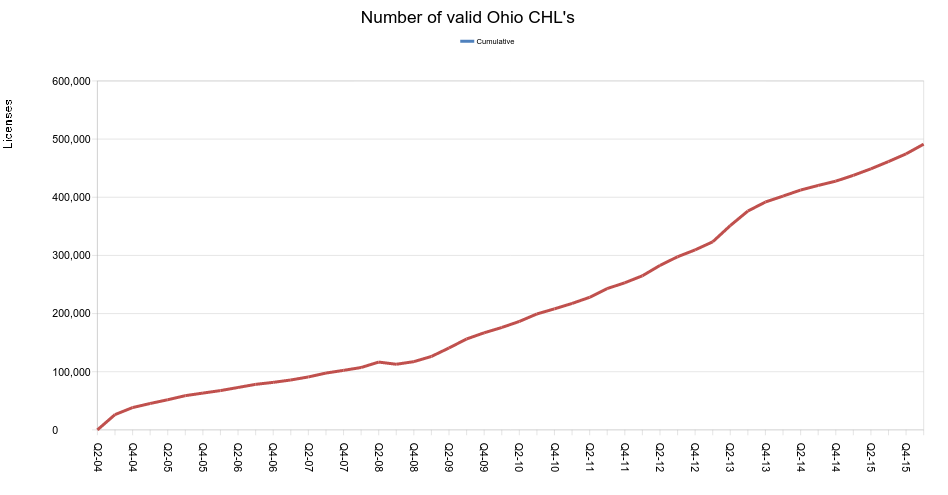 Sheriffs are up for election this year in Ohio. When you apply/renew your CHL take time to get to know your sheriff or his/her deputy. Did they do a good job for you? Do they support fixing our laws? Would you work on their campaign, or their opponents?

We are now in our 12th year of concealed carry in Ohio. It is past time to fully “de-Taft” our CHL laws and adopt a best practice approach. While no large group of people is perfect, the CHL-holder has proven to be considerably more law-abiding than the population at large.

This is an election year. We strongly encourage you to work on campaigns of legislators who have improved our laws. If your legislator is not living up to your expectations, this summer is a great time to let them know.
Political strength comes through numbers. We ask all CHLs to consider a membership to Buckeye Firearms Association or a donation to BFA-PAC.