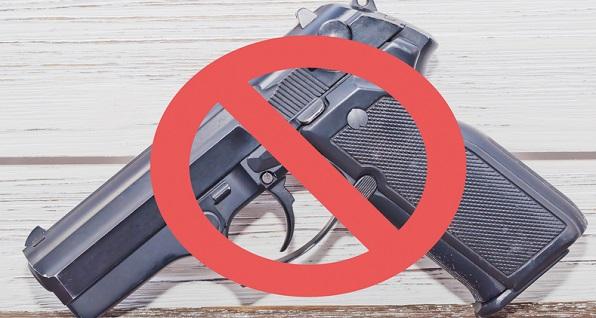 Given that so much gun policy research is explicitly funded by individuals hostile to our right to keep and bear arms, gun owners are right to be skeptical of academics who delve into the topic. However, there are times when well-respected academics have proven confident enough to challenge the prevailing left-wing orthodoxies on gun control. Such is the case with recent pieces from Northeastern University Professor of Criminology, Law, and Public Policy James Alan Fox and Harvard Kennedy School of Government Research Fellow Thomas Abt.

In a July 23 item for USA Today, Fox pondered why a recent mass killing in Kyoto, Japan did not garner significant attention in the U.S. media. On July 18, a man entered the Kyoto Animation studio and doused parts of the building with an accelerant and screamed “drop dead” or “die!” The individual then set the building ablaze. The resulting fire killed 34 people and injured more than thirty. According to a BBC report, the attack was “one of Japan's worst mass casualty incidents since World War Two.”

A reasonable person might have expected such a heinous attack perpetrated in a notoriously peaceful country to get the attention of the press, but as Fox explained, the “Kyoto Animation arson killings didn't get much attention because we couldn't demonize guns.”

Comparing coverage of the Kyoto massacre to the March shooting in Christchurch, New Zealand, Fox noted, “U.S. newspapers and wire services featured the Christchurch massacre five times as much as the Kyoto mass murder.” Fox went on to explain that a significant portion of massacres are carried out with weapons other than firearms and that “It is the politics and controversy surrounding gun control that highlight mass shootings above the rest.”

In short, if a mass casualty event doesn’t fit a preconceived political narrative and policy prescription the media does not consider it worth covering.

In closing, Fox pointed out,

Whatever the reason, the lesser attention given to mass killings that do not invoke guns is disrespectful to the victims whose lives are tragically cut short. Is the crime any less serious if there were no gunshots? Are the victims any less dead? In fact, victims of burns, suffocation or stabbing often suffer a much slower and painful death than gunshot victims.

It is surely fruitless to assess the relative severity of mass killings on the basis of weaponry. Our sense of outrage and concern for the victims should be the same whether they died from a firearm or fire.

Fox is not pro-gun, but has long served as a voice of reason in the hysterical aftermath of high-profile shootings. Since 2012, Fox has repeatedly made the case that common gun control proposals, such as so-called “universal” background checks and semi-automatic firearm bans, are unlikely to curtail high-profile shooting incidents.

In a 2018 research piece titled, “Schools are safer than they were in the 90s, and school shootings are not more common than they used to be,” Fox provided concrete data for his conclusion that “there is not an epidemic of school shootings.” Pouring cold water on the gun control policies advocated in the wake of school shootings, Fox noted, “The thing to remember is that these are extremely rare events, and no matter what you can come up with to prevent it, the shooter will have a workaround.”

In a July 19 piece for the Boston Globe, titled, “Democrats are skipping out on the most important gun fight of all,” Abt took issue with the 2020 Democratic presidential field’s approach to violence perpetrated with firearms. After citing some of the candidates’ gun control proposals, such as a national gun licensing scheme and semi-automatic firearm confiscation, Abt noted, “the candidates are still failing to focus on what is simultaneously the most serious and most solvable form of such violence: shootings and killings on the streets of our cities.”

High-profile shootings garner significant media and political attention, but as Abt pointed out, “Urban violence accounts for the overwhelming majority of homicides in the United States.” Moreover, this urban violence is highly concentrated and necessitates targeted strategies.

because urban violence concentrates among a small number of people and places, strategies that target those concentrations tend to work best. In most medium to large cities, violent crime clusters among a few hundred individuals and a few dozen micro-locations known as “hot spots.” Less than 1 percent of a city’s population and less than 5 percent of its geography will generate the majority of its lethal or near-lethal encounters.

The researcher went on to promote a handful of targeted law enforcement and social policies that could alleviate the problem without resorting to broad gun controls. Highlighting one problem with the effort to tackle urban violence, Abt wrote, “Mass shootings account for less than 1 percent of all gun deaths annually, yet they dominate the debate on gun violence and distort the search for solutions.”

Abt’s recognition that firearms homicides are highly concentrated is not novel, but is an underappreciated fact of the gun control debate. A 2010 article for the Journal of Quantitative Criminology by Northeastern University Criminology Professor Anthony Braga, titled, “The Concentration and Stability of Gun Violence at Micro Places in Boston, 1980–2008” found that,

Recent advances in criminological research suggest that there is significant clustering of crime in micro places, or ‘hot spots,’ that generate a disproportionate amount of criminal events in a city… We find that Boston gun violence is intensely concentrated at a small number of street segments and intersections rather than spread evenly across the urban landscape between 1980 and 2008.

A 2015 piece for the Hartford Courant by then-Yale Ph.D. candidate and current Assistant Professor at Rutgers University Michael Sierra-Arévalo explained,

The concentration is not just in terms of place, but also people. It’s a tiny handful of the community that’s responsible for the lion’s share of the bloodshed. Turning to Boston again, in the period between the mid-1990s and mid-2000s, more than half of all murders, more than three-quarters of youth homicides and 70 percent of all shootings were perpetrated by 1 percent of youth between the ages of 15 and 24.

Citing the work of his Yale colleagues, Sierra-Arévalo added, “As shown by Yale University sociologists in a recent study, 70 percent of all shootings in Chicago can be located in a social network composed of less than 6 percent of the city’s population.”

This recognition that a significant portion of firearm homicides take place within a small geographic area and fraction of the population suggests that policies narrowly targeted at problem areas and social networks is a more appropriate approach to curbing violence than sweeping gun controls that restrict the rights of the population at large.

Like Fox, not all of Abt’s positions are laudable. The researcher expressed passing support for so-called “universal” background checks and a semi-automatic firearm ban, both of which have been shown to be ineffective. Moreover, in the Boston Globe piece the academic took an unnecessary and clumsy swipe at President Donald Trump.

Despite these shortcomings, Fox and Abt’s more reasoned analyses of the gun issue expose the gulf between the haphazard rhetoric and policies peddled by gun control advocates and what might emerge from a more thoughtful approach to curbing violent crime.