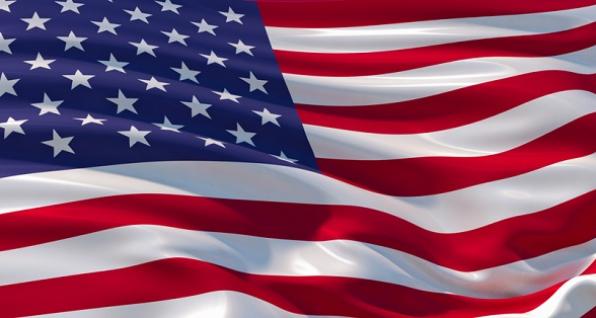 Gun control advocates seem conflicted recently about how to mischaracterize the NRA. Does it still exercise “undue influence,” or is it now “on the ropes” with the ascendance of anti-gun politicians controlling the White House and both chambers of Congress?

Whatever they try to tell you, the numbers don’t lie. The strength of our pro-gun advocacy efforts and the peoples’ support for the right to keep and bear arms is unmistakably reflected in a wave of permitless carry legislation making its way across the country. Twenty states have now enacted these laws, with four joining the list in this year alone.

Permitless carry simply means that a state recognizes the right of individuals who obtain a firearm lawfully and who are not legally barred from possessing or carrying it to conceal it on or about their persons wherever firearms are not prohibited by public authority or private property owners.

The concept is the natural progression of how states have implemented the right to bear arms throughout the nation’s history.

In the early days of the Republic, unlicensed open carry was the norm for exercising this right. The assumption was that a person who was willing to openly display arms had nothing to hide regarding the person’s character or intentions. To the degree states regulated the public carrying of guns at all, it was typically to prohibit their concealment, which was considered indicative of ill intent, insofar as it allowed the individual the element of surprise in deploying the weapon. Today, 30 states, to varying degrees, recognize the right to openly carry a handgun in public places without a license or permit.

As the American population became more concentrated and urbanized, open carrying of handguns became culturally less common and normative. The contributions of Prohibition to organized and interstate crime during the 1920s and ‘30s were leveraged into gun control efforts at the federal and state levels. Congress passed the National Firearms Act in 1934, and various states adopted a form of a Uniform Firearms Code that imposed additional restrictions on firearm commerce and possession. Some jurisdictions eventually began issuing concealed carry licenses or permits, although their availability varied widely between and sometimes even within states.

By 1986, considered a pivot point in Americas embrace of concealed carry, half the states in the U.S. allowed for the issuance of concealed carry permits on a discretionary or “may-issue” basis. This meant that issuing authorities could determine on a case-by-case basis whether applicants were of sufficient “character” or had sufficient “need” to be issued a permit. Meanwhile, eight states made such permits available on a “shall-issue” basis, or as a matter of right to any applicant who satisfied essentially objective eligibility criteria established by law.

At that time, only within Vermont could Americans carry a concealed handgun in public without first obtaining permission from authorities, a legacy cemented by a 1903 state supreme court decision interpreting Vermont’s constitutional right to arms. Vermont, of course, has always had an enviably low rate of violent crime compared to most other U.S. states.

The year 1986, however, saw the populous state of Florida enact its own “shall-issue” law for the issuance of a concealed carry license. Proponents of the law howled that the “Gunshine State” would descend into “Wild West” anarchy with “blood in the streets.”

That proved to be wrong, and over the next three decades “shall-issue” concealed carry became the U.S. standard, with 42 states and the District of Columbia now having essentially adopted this practice. The overall trendline in violent crime, meanwhile, decreased throughout most of this period, (although recent years have seen spikes in firearm-related homicides, albeit in mostly anti-gun urban centers where firearms remain heavily regulated).

America’s experience has proven that public policy recognizing the right of law-abiding people to lawfully carry concealed handguns for self-protection is not antithetical to public safety. For the individual, moreover, it provides life-saving potential in the event of an unexpected emergency. Simply put, lives have been saved by the practice. Estimates put the current number of concealed carry permit holders in the U.S. at some 20 million.

As this phenomenon was unfolding, pro-gun advocates increasingly looked to Vermont as the future of the trends that were already underway. It has always been clear that criminals who carry guns for nefarious purposes do so in disregard of the laws. Why, then, disadvantage the law-abiding in comparison with fees, bureaucracy, and waiting periods that – however narrowly tailored -- could still only provide roadblocks to exercising their own right to carry? And if a state already allowed for unlicensed open carry, why not allow for the same persons simply to cover up their guns, more in keeping with modern sensibilities.

Alaska was the first in the modern era to put this thinking into practice by deregulating the concealed carry of handguns for those 21 years of age and older and not otherwise prohibited from firearm acquisition and possession in 2003.

Wyoming then recognized permitless carry for state residents in 2011.

Arkansas took the next step in 2013, although it took five more years before a state appellate court resolved ongoing confusion about the law and confirmed that it did not generally prohibit carrying a concealed handgun for lawful purposes.

The dam then began to break in 2015, as Kansas, Maine, and Mississippi passed their own versions of permitless carry.

Idaho and West Virginia joined the parade in 2016.

The year 2017 saw huge progress with Missouri, New Hampshire, and North Dakota coming on board with their own newly-enacted laws.

The trend was solidified in 2019, with Kentucky, Oklahoma, and South Dakota adopting permitless carry, and Idaho making amendments to its earlier law.

Idaho furthered expanded permitless carry within the state in 2020.

2021, however, has proven a watershed year for permitless carry. Iowa, Montana, Tennessee, and Utah will by mid-summer all recognize the right to carry a concealed handgun without a permit statewide. Wyoming has additionally expanded the coverage of its law to non-residents, effective July 1.

Permitless carry has now become the benchmark for a state to be recognized as serious about respect for the right to keep and bear arms. As each jurisdiction successfully implements the concept, it becomes easier for the next pro-gun jurisdiction to follow the example.