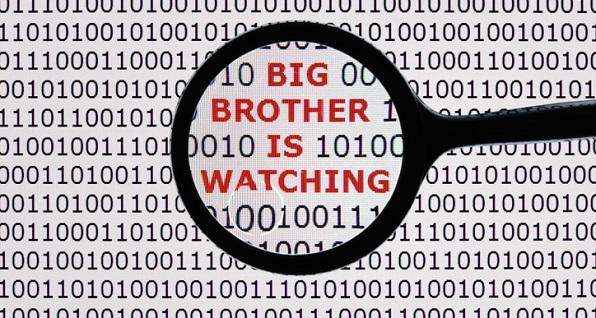 WBFF (Fox Baltimore) is reporting that a Baltimore County family is warning other parents after they say police were called to their house over something that happened during a virtual school lesson. The incident is raising concerns over privacy and safety in the era of online learning.

As a Navy veteran with four years of active duty, Courtney Lancaster has extensive knowledge of guns, how to use them and how to store them.

Her 11-year-old son, who owns BB guns, is a boy scout in fifth grade at Seneca Elementary School.

“He's just a very intellectual child, but he's all boy as well. He loves to be outside and play and ride his bikes and that sort of thing,” Courtney told Project Baltimore.

In his pursuit of becoming an Eagle Scout, Courtney says her son has learned how to shoot a BB gun and an airsoft gun. He’s also taken three levels of archery lessons. His mother says he stores his bow and guns on this wall in his bedroom. It’s never been a problem until June 1, when police pulled up outside her house.

Courtney told WBFF that when police arrived she was home with her son who’s been doing virtual learning since schools shut down in March.

“So, I answered the door. The police officer was, he was very nice. He explained to me that he was coming to address an issue with my son's school,” Courtney told Project Baltimore. “And then explained to me that he was here to search for weapons, in my home. And I consented to let him in. And then I, unfortunately, stood there and watched police officers enter my 11-year-old son's bedroom.”

Courtney was told someone had seen the guns in her son’s bedroom during a Google Meet class on his laptop.

According to emails Courtney later exchanged with a school administrator, a screenshot was taken during the online class. The principal of Seneca Elementary was notified. Courtney says she was told the school safety officer then called police.

“I felt violated as a parent, for my child, who's standing there with police officers in his room, just to see the fear on his face,” she said.

Courtney is quoted as saying the police officers were in her home for about 20 minutes and found no violations. No laws were broken and no dangers present. They left without any further action, but Courtney wasn’t done.

Since that day, she has written school administrators, the superintendent and the school board, demanding answers. She says the principal initially compared bringing a weapon to a virtual class to bringing a gun to school.

She was also told she could not see the screenshot of her son’s bedroom, because it’s not part of his student record.

“It's absolutely scary to think about,” Courtney said. “Who are on these calls? Who do we have viewing your children and subsequently taking these screenshots that can be sent anywhere or used for any purpose?”

The Navy veteran told WBFF she worries about the future of virtual learning without clear policies in place.

“So, what are the parameters? Where are the lines drawn? If my son is sitting at the kitchen island next to a butcher block, does that constitute a weapon? It's not allowed at school, right? So, would my home then be searched because he's sitting next to a butcher block,” Courtney is quoted as saying. “I feel like parents need to be made aware of what the implications are, what the expectations are.”

This isn't the first time an online learning situation led to a visit form the police. In May, during a school-related Zoom call with his classmates and teacher at the Cumberland Valley School District in Pennsylvania, Sheila Perez Smith told radio host Toss Starnes her year-old first-grader was seated with a toy gun next to him. He was not, however, interacting with it in any way.

Perez Smith received an email from her child’s teacher “basically saying that another parent of another classmate had been very uncomfortable by the fact that the gun had been in view of the Zoom call.”

Within a couple of hours, Perez Smith said an officer from the Hampden Township Police Department came to their home and asked the family to step outside so he could question them about a complaint involving a child and a gun.

The boy’s parents explained that it was only a toy gun and showed it to the officer. Perez Smith said the police officer made a point of continuing to lecture the family about the necessity of keeping children away from any sort of guns, even once he understood there was no danger to the kids.

It is clear from these incidents that persons participating in online learning should be VERY mindful about what can be seen on camera.