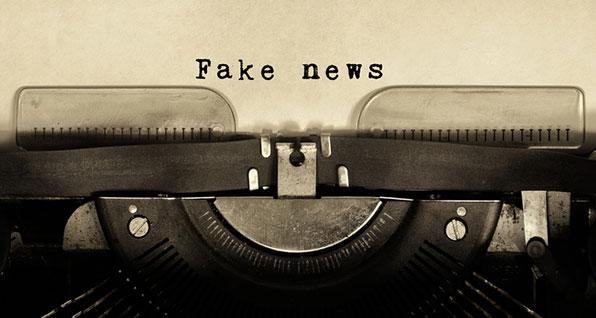 In evidence law there is a concept known a statement against interest. Evidence is given further weight (an exemption to the rule against hearsay) if it consists of a statement made by a person that is against the person’s own self-interest. The logic behind the concept is that the person does not have an incentive to say something that is counter to their own self-interest unless it true.

The concept is useful for determining a politician's true positions on gun control. If a politician expresses support for a radical gun control measure that is markedly at odds with what the majority of voters want, especially in a private setting, they should be taken at their word because the statement was made against their electoral interests. A politician's statements made contrary to their interests should hold more weight than focus-tested campaign talking points that are carefully manufactured to persuade voters.

Politifact takes the opposite approach when it comes to politicians and firearms. In order to cover for their preferred candidates, Politifact will reject the direct statements of a politician and accept as gospel the well-spun talking points of their campaign staff in order to misrepresent the candidate's position on gun control.

In November, the Seattle Times reported on two private fundraisers for presumptive 2020 Democratic presidential nominee Joe Biden. The paper reported that at one of the events the topic of gun control was discussed. Biden stated, "Why should we allow people to have military-style weapons including pistols with 9mm bullets and can hold 10 or more rounds?​"

The statement is clear. Biden believes that 9mm pistols should be prohibited. Under the most charitable reading, Biden at the very least believes 9mm pistols capable of accepting detachable magazines should be banned.

This is a radical position.

An October 2019 Gallup poll showed that when asked, "Do you think there should or should not be a law that would ban the possession of handguns, except by the police and other authorized persons?​" 29 percent answered that there should be, while 70 percent stood opposed. Perhaps explaining Biden's willingness to ban the most popular class of handguns, those numbers have shifted over the course of Biden's political career. In 1975, Two years after Biden entered the Senate, Gallup determined that 41 percent supported a handgun ban while only 55 percent were opposed.

Public awareness of Biden's radical position on America's most popular pistol could hurt his electoral prospects. So, the propagandists at Politifact went to work concealing Biden's position.

According to Politifact, Biden's doesn't want to ban 9mm pistols at all and NRA assertions to the contrary are false. Their evidence? The spin of Biden campaign spokesman Andrew Bates.

According to Bates, the 77-year-old's statement was "about banning high-capacity magazines for use in any type of weapon.​" Politifact chose to believe the self-interested Biden spokesperson despite the fact that Biden's Seattle statement directly referenced 9mm pistols themselves and did not mention magazines.

There is no mention of banning any type of traditional handgun on Biden’s presidential campaign website. Among other measures, his gun control policies include: Banning the manufacture and sale of “assault weapons” and “high-capacity” magazines and initiating a buyback of these weapons; closing loopholes in the background check system and requiring checks on all gun sales; and ending the online sale of firearms and ammunitions.

This does not help Biden's case. The reason NRA and others were so taken aback by Biden's fundraiser remarks was that the former senator characterized 9mm pistols as "military-style weapons" (a term gun control advocates use interchangeably with "assault weapon"), which he in turn wants to ban.

The piece goes on to cite Biden's voting record and notes that "Biden has voted on amendments to ban certain rifles, guns considered assault weapons and semi-automatic weapons.​" Here the Politifact activist leaves out an important detail.

Biden routinely brags about his involvement with the 1994 ban on commonly-owned semi-automatic firearms. In August, 2019, Biden wrote an opinion piece for the New York Times with the erroneous title, "Banning Assault Weapons Works​." The presumptive Democrat nominee boasted, "with Senator Dianne Feinstein I led the effort to enact the 1994 law that banned assault weapons and high-capacity magazines for 10 years.​"

The 1994 ban prohibited "a semiautomatic pistol that has an ability to accept a detachable magazine and has at least 2 of​" several prohibiting features.

This sort of deceit from Politifact is nothing new. In fact, the disinformation peddlers pulled the same trick for defeated Democratic presidential nominee Hillary Clinton back in 2016.

On September 25, 2015, Clinton attended a private campaign fundraiser in Greenwich Village, New York City. An audio recording of the event captured Clinton telling those gathered, “the Supreme Court is wrong on the Second Amendment. And I am going to make that case every chance I get.”

A May 30, 2016 New York Magazine article shed more light on Clinton's position. The article described a scene at a Clinton campaign rally at the University of Bridgeport in Connecticut. While speaking with a family that lost a loved one in the Sandy Hook attack, Clinton told them her plans for gun control. During the interaction, Clinton described District of Columbia v. Heller as “a terrible decision.”​

Gun rights supporters will know that the U.S. Supreme Court's core holding in the Heller case was that the Second Amendment protects an individual right to keep and bear arms. Moreover, the Court determined that at the very least this individual right includes the ability to keep a firearm in the home for self-defense.

Given the opportunity to clarify her extreme position, Clinton refused to back off her incorrect interpretation of the Second Amendment. During the June 5 edition of ABC's This Week, host George Stephanopoulos asked Clinton, "

Do you believe that an individual’s right to bear arms is a constitutional right –that it’s not linked to service in a militia?"

Just like with Biden, Clinton's repeated attacks on the individual right to keep and bear arms were against her electoral interests. Polls have repeatedly shown that more than three-quarters of Americans understand that the Second Amendment protects an individual right.

For instance, a May 2009, CNN and ORC poll once again showed the American public’s position was clear; with 77-percent choosing “individual gun ownership”to 21-percent answering “only citizen-militias.”​

Sensing trouble for their preferred candidate, Politifact sprung into action claiming that "NRA ad falsely says Clinton 'doesn’t believe in your right to keep a gun at home for self-defense.'" Their evidence? The spin of none other than then-Clinton campaign staffer Andrew Bates.

Four years later and Politifact is still ignoring the direct statements of politicians in favor of disinformation served up to them by the exact same political flacks. Some journalism.