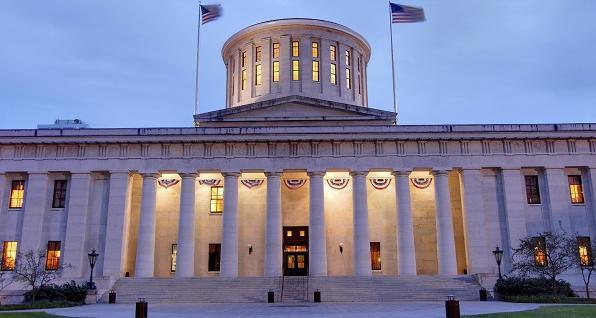 The Ohio Senate amended and passed Substitute House Bill 48 by a 23-9 vote. HB 48 allows for concealed carry in places it is already legal to open carry guns. It removes many "victim zones" which are places that are easy for bad people to kill many innocents, such as day-care facilities, aircraft, certain government facilities, and public areas of airport terminals, and it makes improvements to school safety zones. The bill also also grants colleges and universities the authority, if they choose, to allow people to legally possess firearms. Last year, HB 48 was passed in the House by a 68-29 vote. The substitute bill must now return to the Ohio House for a concurrence vote, presumably later today, before being sent to Governor John Kasich's desk for consideration.

On Tuesday, December 6, the Ohio House State Government Committee passed Substitute Senate Bill 199 (Active Duty Armed Forces Concealed Carry/ Handgun Transfer) after amending it to allow employees to store a gun in their vehicle while in the parking lot at work without threat of losing their job. The Speaker of the House had scheduled a vote on this important legislation for Wednesday, but lengthy delays resulted in the House "informally passing", or rescheduling, the vote. After the bill is taken up again today in the House, it must then be sent to the Ohio Senate for a concurrence vote, all before being sent to Governor John Kasich's desk for consideration.

Gun owners, concealed handgun licensees and self-defense advocates are encouraged to continue to call and write their State Senators and Representatives, as the time left for concurrence votes is nearly gone.

The Ohio Chamber of Commerce (click to email!) is strongly opposing SB 199. And in addition to emails from every gun owner, we need business owners and leaders to call to explain why it is vital to allow gun owners to store firearms in their personal vehicles at work.

Please call your Senator and thank them for their vote in support of H.B. 48 this week.

The yeas and nays were taken and resulted – yeas 23, nays 9, as follows:

Those who voted in the affirmative were: Senators