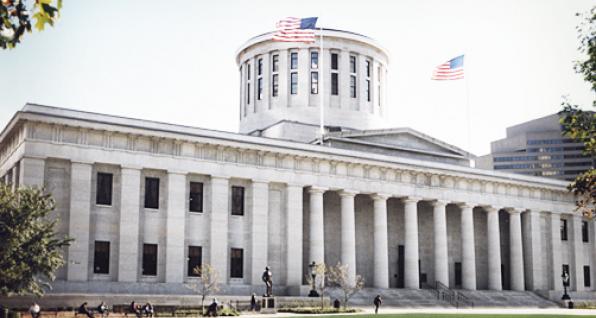 Editor's Note: This article is being updated as additional information becomes available.

Despite opposition from the Ohio Chamber of Commerce, Ohio Council of Retail Merchants, Ohio Manufacturer's Association Ohio Municipal League and Ohio Association of Chiefs of Police, not to mention gun ban extremists funded by a certain out-of-state billionaire, the Republican-dominated Ohio General Assembly passed legislation that will expand the number of places where Ohioans are allowed to exercise their Constitutional right to self-defense.

This effort was achieved at the last possible moment in the lame duck session thanks, in no small part, to the more than ten thousand emails and untold hundreds of phone calls sent by BFA members and supporters.

Just before midnight on Thursday night, December 8, the Ohio House amended Sub. SB 199 before passing it by a 68-25 vote. Click here to view the proceedings in the House.

The amendment, which was approved by a voice vote, contained the following changes:

The exact language of the amendment addressing employers and CHL-holders is as follows:

Sec. 2923.1210. (A) A business entity, property owner, or public or private employer may not establish, maintain, or enforce a policy or rule that prohibits or has the effect of prohibiting a person who has been issued a valid concealed handgun license from transporting or storing a firearm or ammunition when both of the following conditions are met:

(2) The vehicle is in a location where it is otherwise permitted to be.

The bill was then sent to the Senate, which, after a three hour delay, concurred with the changes by a 22 - 8 margin at just after 3:15 a.m. on Friday. Click here to view proceedings in the Senate.

The Act will now be sent to Governor John Kasich's desk for consideration.

Click here to read the exact language of the Act.

As passed, Sub. SB 199 allows for concealed carry in some places it is already legal to open carry guns. It removes several victim zones - places that are easy for bad people to kill many innocents - such as day-care facilities, private aircraft, and public areas of airport terminals, and it makes improvements to school safety zones by allowing CHL-holders to leave their firearms in their vehicles on school grounds, just as they've been allowed to do on college campuses for many years. The Act also also grants political subdivisions, colleges and universities the authority, if they choose, to allow people to legally possess concealed firearms.

And of course the bill still contains its original language, which allows active duty military members to carry concealed weapons without licenses provided they have military ID and proof that they successfully completed firearms training that meets or exceeds Ohio concealed carry law training requirements.

Buckeye Firearms Association would like to thank the thousands upon thousands of people who responded to our calls for action over the past 48 hours and throughout this two-year legislative session.

Our work is not done. Please contact Governor Kasich's office NOW and request that he sign Sub. SB 199 into law.

The question being, "Shall the bill as amended pass?"

Those who voted in the affirmative were: Representatives

Those who voted in the negative were: Representatives

The question being, “Shall the Senate concur in the amendments of the House of Representatives?” The yeas and nays were taken and resulted – yeas 22, nays 8, as follows:

Those who voted in the affirmative were: Senators

Those who voted in the negative were: Senators