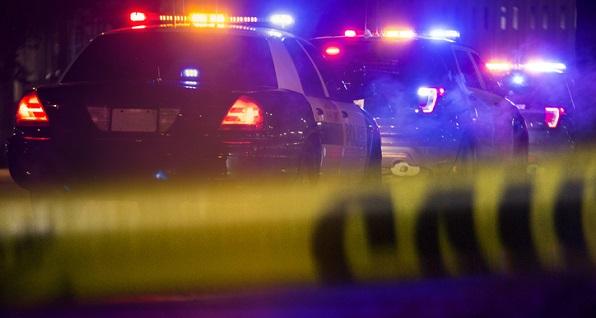 In the early morning hours of April 3, shooting erupted near the corner of 10th and K Street in downtown Sacramento, Calif. The shooting resulted in the tragic deaths of six people and the wounding of 12 others. Police are still investigating at press time, but the facts suggest multiple shooters were involved in the incident and that the shooting shared characteristics more in common with general street violence than the type of indiscriminate crimes typically used to promote gun control efforts.

The incident was dubbed a “mass shooting” by many in the media. This, as Northeastern University Criminologist James Alan Fox has noted in a March 6, 2021 USA Today item titled “You're right to be confused about the number of mass shootings,” can be misleading. The professor explained,

A corollary concern, besides whether the threshold [for a mass shooting] is based on deaths or injuries as well, is the varying nature and location of mass shootings. [One measure of “mass shootings”] include[s] a large share of family shootings in private residences as well as gun battles related to gang conflict or illicit drug trade…

What truly frightens folks are the seemingly indiscriminate and deadly shootings in public locations — a restaurant, shopping mall, theater, church, school, and now supermarket. Such dreadful events can happen to anyone, at any time, and without warning.

Immediately after the incident, President Joe Biden put out a statement demanding more gun control. The April 3 press release demanded, “Ban ghost guns. Require background checks for all gun sales. Ban assault weapons and high-capacity magazines. Repeal gun manufacturers’ immunity from liability.” The statement stood in contrast to that put out by the usually flamboyant Gov. Gavin Newsom, whose office noted that the incident was still being investigated, before offering a much milder call to “bring an end” to such violence.

California already has four-fifths of the gun control measures that Biden proposed. Obviously, none of these measures prevented the Sacramento shooting.

Cal.Penal Code § 29180 requires that a person, “prior to manufacturing or assembling a firearm,” apply to the California Department of Justice for a unique serial number. The law then demands “[w]ithin 10 days of manufacturing or assembling a firearm… the unique serial number or other mark of identification provided by the department shall be engraved or permanently affixed to the firearm.” The person is then required to notify the state that they have complied with the marking requirements of § 29180. Further, § 29180 required owners of all privately made firearms manufactured prior to enactment of the statute to comply with the statute’s marking provisions.

California has also severely curtailed the sale of common parts used by firearm hobbyists to make their own firearms. Defined as “precursor parts” by Cal.Penal Code § 16531, these items are subject to the same background check requirements as firearms under state law.

Illegal transfer of a firearm is punishable by up to six months imprisonment.

Any person who, within this state, manufactures or causes to be manufactured, distributes, transports, or imports into the state, keeps for sale, or offers or exposes for sale, or who gives or lends any assault weapon… except as provided by this chapter, is guilty of a felony, and upon conviction shall be punished by imprisonment pursuant to subdivision (h) of Section 1170 for four, six, or eight years.

Any person who, within this state, possesses any assault weapon, except as provided in this chapter, shall be punished by imprisonment in a county jail for a period not exceeding one year, or by imprisonment pursuant to subdivision (h) of Section 1170.

Cal.Penal Code § 16740 defines “large-capacity magazines” as “any ammunition feeding device with the capacity to accept more than 10 rounds.” This definition includes the standard capacity magazines sold with America’s most popular firearms.

any person in this state who manufactures or causes to be manufactured, imports into the state, keeps for sale, or offers or exposes for sale, or who gives, lends, buys, or receives any large-capacity magazine is punishable by imprisonment in a county jail not exceeding one year or imprisonment pursuant to subdivision (h) of Section 1170.

The truth is that California’s gun control regime places it below the Constitutional floor when it comes to respect for the Second Amendment right. This may be made clear in the coming months in the U.S. Supreme Court case New York State Rifle and Pistol Association v. Bruen.

As of press time, police have made three arrests in connection with the Sacramento shooting. As these individuals have not been convicted of any crime in relation to the shooting they will be referred to as Suspect 1, Suspect 2, and Suspect 3 in order of arrest.

According to Sacramento NBC affiliate KCRA, Suspect 1 is a 26-year-old male and was booked on charges of “assault with a firearm and being a prohibited person in possession of a firearm.” Summarizing Suspect 1’s criminal history, the news outlet reported,

[Suspect 1] has been wanted in Riverside County since 2015. Jail records show he has an outstanding warrant for a misdemeanor domestic violence charge.

According to court documents, [Suspect 1] “inflicted bodily injury resulting in a traumatic condition” to his spouse.

[Suspect 1] pled guilty to the charge in 2014 and was sentenced to 30 days of custody and 36 months of probation.

KCRA 3 Investigates also learned [Suspect 1] spent time in an Arizona prison. He was released in 2020 after serving just over a year-and-a-half for violating probation in separate felony convictions for attempt to commit aggravated assault in 2016, and a conviction on a marijuana charge in 2018.

Suspect 2 is the 27-year-old brother of Suspect 1. According to the Sacramento Bee, Suspect 2 was booked “on charges of assault with a deadly weapon and possession of a firearm by a prohibited person.” The Los Angeles Times reported that Suspect 2 was also charged for being in “possession of a stolen handgun that was converted to be a fully automatic weapon.”

In an article titled, “A D.A. issued dire warnings about the Sacramento gun battle suspect. He was released early from prison anyway,” the Los Angeles Times noted,

Almost exactly a year ago, Dist. Atty. Anne Marie Schubert’s office opposed [Suspect 2’s] release from state prison to the Board of Parole Hearings in a two-page letter… The district attorney’s office asked that he not be freed because he is a career criminal and a danger to the community.

“[Suspect 2] has committed several felony violations and clearly has little regard for human life and the law, which can be shown by his conduct in his prior felony convictions of robbery, possession of a firearm and prior misdemeanor conviction of providing false information to a peace officer.”

The paper reported that Suspect 2 was sentenced to 10 years imprisonment on two felony assault charges for beating his girlfriend with a belt and entered the California state prison system in January 2018. Despite, the district attorney’s pleas, Suspect 2 was released in February 2022.

In January of 2013, just six months after his eighteenth birthday, [Suspect 2] was contacted by law enforcement officers. [Suspect 2] attempted to discard an assault rifle which he had concealed in his waistband under his clothing. The rifle had a pistol grip and the capacity to accept a detachable magazine in front of the pistol grip. [Suspect 2] was also found to be in possession of two fully loaded twenty-five round magazines for the assault weapon.

Suspect 3 is a 31-year-old male and was arrested on charges of being a prohibited person in possession of a firearm. According to an account from USA Today, Suspect 3 “was caught on camera wielding a firearm after the shooting, though police do not believe the weapon was used in the shootout.”

Presented with the facts about California’s gun control regime and the criminal histories of those arrested in connection with the Sacramento shooting, it is clear that no amount of gun control could have made a difference in the Sacramento tragedy. Moreover, other criminal justice interventions, perhaps measures tailored to those who actually commit violent crime, clearly had the best chance of preventing this tragedy.