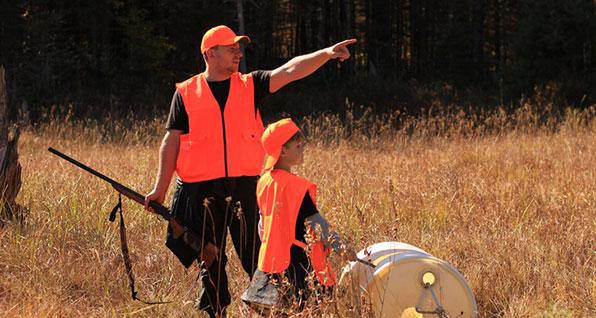 “President Trump is committed to expanding public access on public lands, and this proposal is executing on that directive by opening and increasing more access to hunting and fishing by the Fish and Wildlife Service at more stations and across more acres than ever before,” said Secretary Bernhardt. “Hunting and fishing are more than just traditional pastimes as they are also vital to the conservation of our lands and waters, our outdoor recreation economy, and our American way of life. These refuges and hatcheries provide incredible opportunities for sportsmen and women and their families across the country to pass on a fishing and hunting heritage to future generations and connect with wildlife.”

The proposal would increase the number of units in the Service’s National Wildlife Refuge System where the public may hunt from 377 to 382, and the number where fishing would be permitted would be increased from 312 to 316. The proposal would also formally open lands on 15 hatcheries of the National Fish Hatchery System to hunting or sport fishing for the first time.

The proposal also outlines a comprehensive revision and simplification of all refuge-specific hunting and fishing regulations in all 50 states to more closely match state regulations while continuing to ensure safe and compatible opportunities. The Service worked closely with the states in preparing the proposed rule.

“Well managed hunting and fishing are the backbone of conservation in this country, but inconsistent or overly complex regulations can act as a disincentive,” said Service Principal Deputy Director Margaret Everson. “By aligning our refuge regulations with our state partners, we are reducing confusion and the regulatory burden on the American public, helping ensure the tradition and benefits of hunting and fishing can continue.”

Proposed expansions of refuge opportunities include the opening of new acres at St. Marks National Wildlife Refuge in Florida to existing upland and big game hunting, and, at Great River National Wildlife Refuge in Illinois and Missouri, the expansion of season dates, times and methods for existing deer, turkey and other upland game hunting to align with state seasons.

“The Association of Fish and Wildlife Agencies is delighted by this announcement of a continuing commitment by the Department of the Interior to expanded access for regulated hunting and angling, on National Wildlife Refuges, in partnership with state fish and wildlife agencies,” stated Ed Carter, President of the Association and Executive Director of the Tennessee Wildlife Resources Agency. He added, “We need to get people outside to enjoy the lands and waters, and fish and wildlife resources, of our great nation. This is an important step in that direction!”

“The announcement today by Secretary Bernhardt is incredibly welcome news and builds off great progress in increasing access to refuge lands the last two years,” said John Devney, Senior Vice President, Delta Waterfowl. “Duck hunters have been leaders in investing in the refuge system and this action will provide them with new access and opportunities. We are sincerely grateful to Secretary Bernhardt and the Fish and Wildlife Service staff who have worked hard to create these new opportunities for hunters.”

“The Congressional Sportsmen’s Foundation applauds Secretary Bernhardt for his efforts to expand hunting and fishing opportunities within the National Wildlife Refuge System,” said Congressional Sportsmen’s Foundation President Jeff Crane. “This announcement builds off momentum generated over the last few years through Interior Secretarial Orders, and advances recent recommendations submitted by the Hunting and Shooting Sports Conservation Council to increase hunter and angler access to federal lands and waters, including the Refuge System.”

Hunting, fishing and other outdoor activities contributed more than $156 billion in economic activity in communities across the United States in 2016, according to the Service’s National Survey of Fishing, Hunting and Wildlife-Associated Recreation, published every five years. More than 101 million Americans — 40 percent of the U.S. population age 16 and older — pursue wildlife-related recreation, including hunting and fishing.

The Service will seek comments from the public on the proposed rule for 45 days, beginning with publication in the Federal Register in coming days. The notice will be available at http://www.regulations.gov, Docket Number: FWS-HQ-NWRS-2019-0040, and will include details on how to submit your comments. An interim copy of the proposed rule is now available.

The Service intends to finalize the proposed changes in time for the upcoming 2019-2020 hunting seasons.

For more than 145 years, the National Fish Hatchery System has worked collaboratively with tribes, states, landowners, partners and stakeholders to promote and maintain healthy, self-sustaining populations of fish and other aquatic species. There are 70 national fish hatcheries visited by more than two million people each year. Hatcheries offer opportunities for viewing the operations and learning about fish, as well as activities such as fishing, hunting, hiking, sightseeing, nature study, birdwatching and photography.